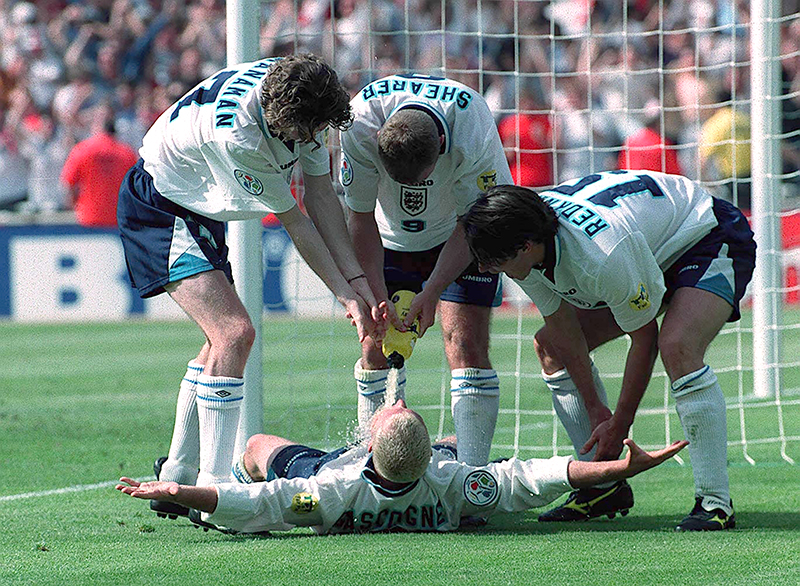 Stunning images from the Euro ‘96 football tournament go on display at the museum from 10 June.

Still Gleaming: Euro ‘96 in Pictures coincides with the rescheduled UEFA Euro 2020 which is being held across the continent for the first time in the competition's 60-year history.

The exhibition of 18 Mirrorpix photographs captures an almost glorious summer in 1996 when football came home to grounds across England. There’s big goals, iconic celebrations, despair of shootout defeats, and the buzz of the tournament, on and off the pitch.

The exhibition portrays the excitement and drama of England’s run to the semi-final and ultimate heartache as the Three Lions crashed out with Gareth Southgate’s penalty miss against Germany at Wembley.

Jon Sutton, National Football Museum Head of Exhibitions, said: “Still Gleaming looks at some of the most memorable moments from a nearly glorious tournament.

“Despite taking place a quarter of a century ago, memories of that summer come to the fore as Euro 2020 kicks off partly on English soil.

“We are delighted to partner with Mirrorpix to present fantastic photographs from a tournament that no-one will forget.”

Fergus McKenna, Mirrorpix said: "In both sporting and cultural terms, Euro ‘96 was a glorious moment for English football. The sun shone, the goals flew in, the soundtrack was unforgettable and England, well, they nearly brought football home.

“Mirrorpix is proud to partner with the National Football Museum on Still Gleaming and to share the exceptional work of Mirror and Regional photographers who were on hand to capture the story of the tournament as it unfolded, both on and off the pitch.

“Their images perfectly illustrate the joy and pain that both fans and players alike experienced during the rollercoaster summer of ‘96."