“Suffragettes of football” reveal the struggles of the women’s game 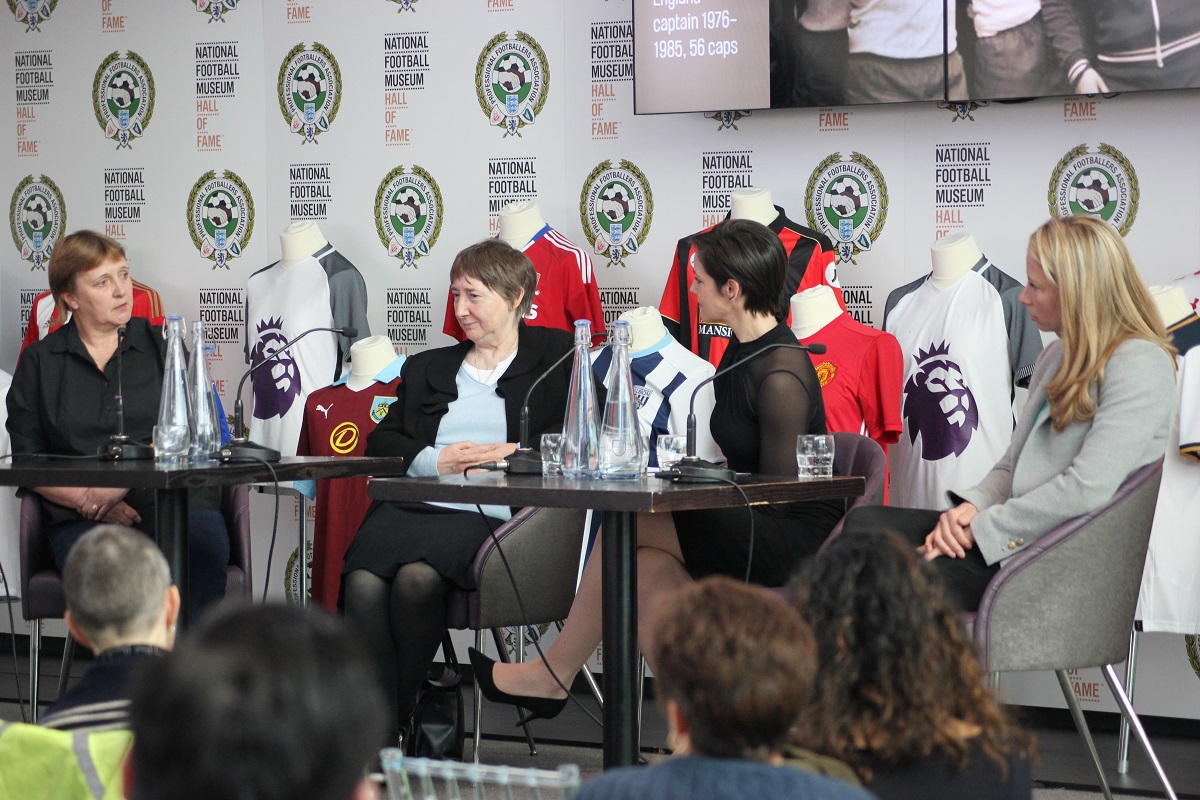 The National Football Museum’s ‘Wonder Women: Suffragettes of Football” event, held in partnership with BBC Sport and Women in Football, brought together a panel of influential figures to uncover the lost stories of the women’s game.

Players past and present joined BBC Sport’s Eilidh Barbour to explore the rebirth of women’s football throughout the seventies and eighties, sharing their memories and discussing the progress made over the years.

Unbeknownst to many, the FA had banned women from participating in football matches, citing the damage it would cause to their bodies. This ban came into force in 1921, and was only lifted five decades later as a result of persistent lobbying.

Panelist Patricia Gregory was one of those campaigning vociferously on behalf of women’s football. Her letter questioning why women couldn’t play was printed by a local newspaper, and soon she was swamped with correspondence from other keen young women. “I was inundated with requests asking to join my team,” she said. “Of course, I didn’t have a team.”

"It's the voluntary effort that made the sport what it is today." Patricia Gregory founded the Women's FA when it was banned. #IWD2017 pic.twitter.com/qiRzYTf5uE

Gregory was a founding member of the Women’s Football Association, but funding remained scarce – “we couldn’t even get a kit for the England women’s team” – while other countries developed at a rate of knots. “If the FA had funded us at the same time (as other countries), we’d have won a World Cup or the European Championship now, I’m convinced,” said Kerry Davis, one of England’s all-time top goalscorers.

Carol Thomas, previously England’s longest-serving captain, also shared her experiences of those formative years – “I'll leave the comments we got from the men to your imagination” – while renowned midfield battler Liz Deighan lifted the lid on her time as a player and a coach within the England setup.

School groups and museum visitors alike were keen to hear the views of long-serving England and Everton goalkeeper Rachel Brown-Finnis on the legacy that these trailblazers helped to create.

“It's so great seeing women's football today receive the credibility & funding it always should have,” said Brown-Finnis, who earned 82 caps for the Lionesses. “I've only recently understood what a female my age went through to play football. I feel proud they set the standard.”

Thanks to @FootballMuseum for having us and for sharing the stories of those inspirational women. Without them... where would ⚽ be!! pic.twitter.com/AFQeAM6QRy

Before the talk, pupils enjoyed a study session on the origins and development of women’s football, as well as getting a sneak peek at our fascinating Chris Unger History of Women’s Football Collection.

Highlights from this new collection, which features thousands of rare and intriguing items, are currently on show at the museum, with a permanent women’s football display planned for late 2017.