The Duke and Duchess of Cambridge visit National Football Museum 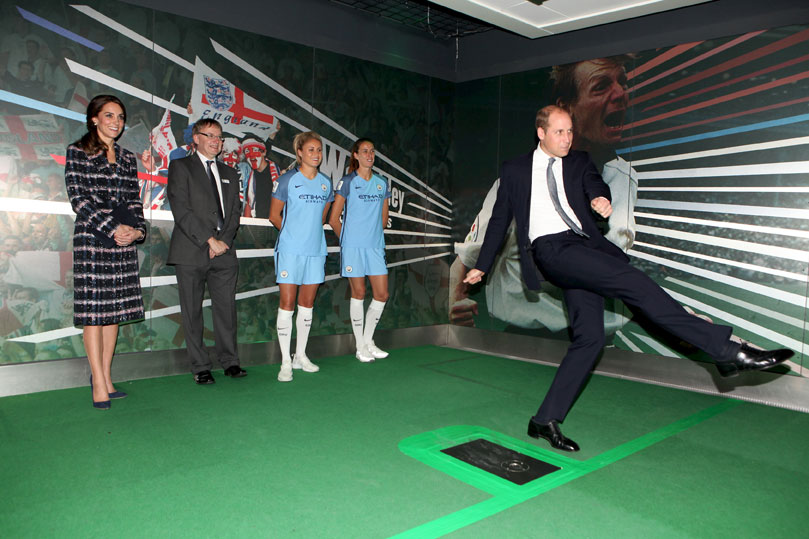 Their Royal Highnesses The Duke and Duchess of Cambridge this morning enjoyed a tour of the National Football Museum as part of their visit to Manchester. 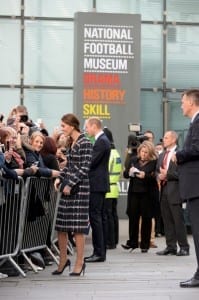 HRH The Duchess of Cambridge and HRH The Duke of Cambridge meet well-wishers outside the National Football Museum. Photo by Ben Blackall

Arriving at the museum in Cathedral Gardens in the city centre, the Duke and Duchess were greeted outside by press and public along the museum’s football Walk Of Fame (sponsored by you-are-the-ref.com) before being led inside by Museum Director Dr. Kevin Moore.

As part of their visit, Their Royal Highnesses took in the museum’s 1966 World Cup Exhibition, which commemorates 50 years since England’s successful hosting of the World Cup. 1966 winner Roger Hunt was even on hand to meet the Duke and Duchess at the exhibition, showing them his own winners’ medal as well as the legendary 1966 Jules Rimet trophy.

Manchester City Ladies captain Steph Houghton and City and England team-mate Jill Scott meanwhile were on hand as the Duke and Duchess were shown the museum’s Penalty Shootout simulator. 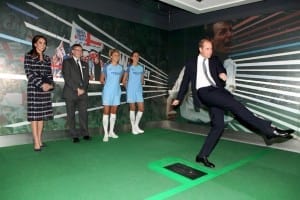 HRH The Duke of Cambridge, Prince William, takes on the penalty shootout at the National Football Museum, watched by Manchester City and England players Steph Houghton and Jill Scott. Photo by Jason Lock

As part of a tour of the museum’s main displays with Museum Director Dr Kevin Moore and General Manager Kevin Haygarth, The Duke and Duchess saw items including the original laws of Association Football, penned in 1863, an England shirt from the world’s first international football match in 1872, and even an oil painting depicting the Duke’s own favourite team, Aston Villa, in action against Sunderland in 1893.

The Duke's favourite team were also discussed as he looked at the history of the club in the museum's interactive displays.

Dr Kevin Moore said “The Duke and Duchess both greatly enjoyed their visit to the museum. 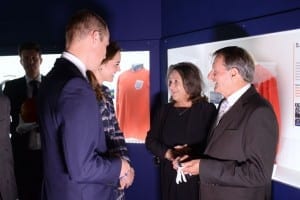 “As President of The FA The Duke’s knowledge of an interest in football was clear. The opportunity to meet young people from the area, as well as spending time with past and present football heroes was a fantastic start to their visit to Manchester.”

The Royal couple spent time meeting young people from across Greater Manchester in the museum’s Hall Of Fame. Young footballers from Manchester City and Manchester United Academies, as well as Bolton Wanderers and Wigan Athletic were among those to be introduced to The Duke.

Young people representing the city’s interest and expertise in digital technology (from Hive Manchester and SharpFutures), science (from Trafford College), arts and performance (from Contact Theatre) as well as from the 42nd Street charity spent time meeting the Duchess. 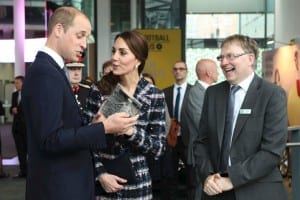 Both the Duke and Duchess met representatives from The Royal Foundation, as well as musicians from The Xaverian College who played throughout the visit.

Their Royal Highnesses were presented with National Football Museum gifts before once more speaking with well-wishers outside the museum.