The Referee DID Need Glasses! 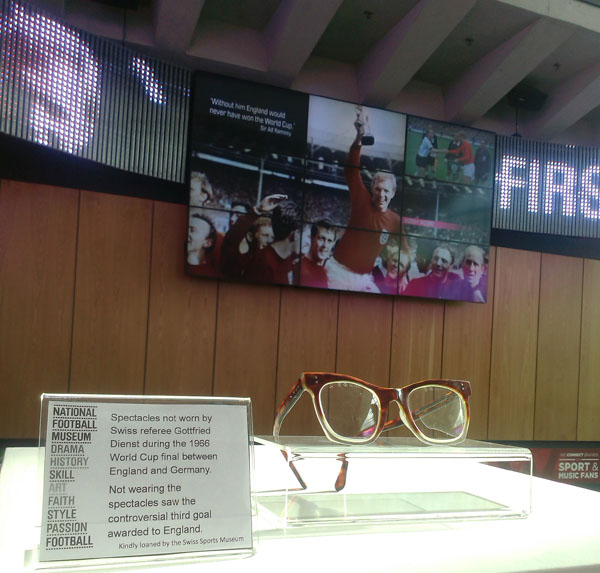 HE MAY have forgotten to wear them on the day England won the World Cup in 1966 but the spectacles owned by Swiss referee Gottfried Dienst are to go on display at the National Football Museum.

The museum has been given permission to display the glasses owned by the referee, who famously awarded England’s hugely controversial third goal in the final versus West Germany. 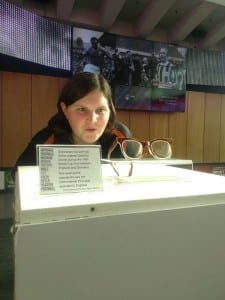 The spectacles, and that fact that Dienst had forgotten to wear them on one of the most important days of his refereeing career, are a unique story now included in the National Football Museum’s 1966 exhibition due to open in June 2016 to mark the 50th anniversary of England’s one and only World Cup victory.

On the day of the famous final, July 30th 1966, Dienst mistakenly left his spectacles at the London hotel where he had been staying during the tournament. It wasn’t until later, after he arrived at Wembley Stadium and was getting changed shortly before the game, that he realised his error.

But it was too late to correct the blunder and so the referee said nothing and carried on with officiating the game… ultimately giving a goal that possibly never was.

England's third goal has remained controversial ever since, with debate centring around the fact that the whole of the ball didn’t cross the line.

In England, supporters cite the good position of the linesman and the statement of Roger Hunt, the nearest England player to the ball, who claimed it was a goal.

But modern studies using film analysis and computer simulation have controversially proved the ball may have never crossed the line and that therefore its validity is in question.

And now the forgotten spectacles are to become a centrepiece in the NFM’s 1966 exhibit.

National Football Museum Director Kevin Moore said: “We seem to have uncovered a little known story ahead of our planned exhibition around the anniversary of England’s 1966 victory.

“After contacting the Swiss Sports Museum earlier this year, I was disappointed to find out that the kit worn by Gottried Dienst, the Swiss referee of the England v West Germany final was already on loan to a German museum. 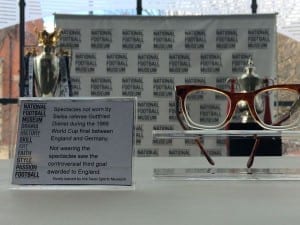 An historic discovery for English football by Dr Aprilschertz.

“However after speaking with Hans-Dieter Gerber and Dr Helmut Aprilscherz at the museum we found out that the referee was very short sighted and normally wore his spectacles on the pitch. For the final he forgot his spectacles and struggled to see if the ball had crossed the line – which is why he had to famously consult his linesman before giving that controversial goal.

“Now the museum has very kindly lent the spectacles to the National Football Museum. They will form part of the large display of rare 1966 objects going on display later to coincide with the anniversary but are currently on display by themselves in the museum’s Hall of Fame for a limited time.”

Seeing as it's now after midday, we're obliged to point out that no, England's vital goal in the 1966 World Cup final obviously had nothing to do with a short-sighted referee. His eyesight was perfect, as was the goal. The Manchester Evening News also ran with an interesting story about the museum on this date: http://www.manchestereveningnews.co.uk/news/greater-manchester-news/giant-roopftop-slide-urbis-manchester-11113673