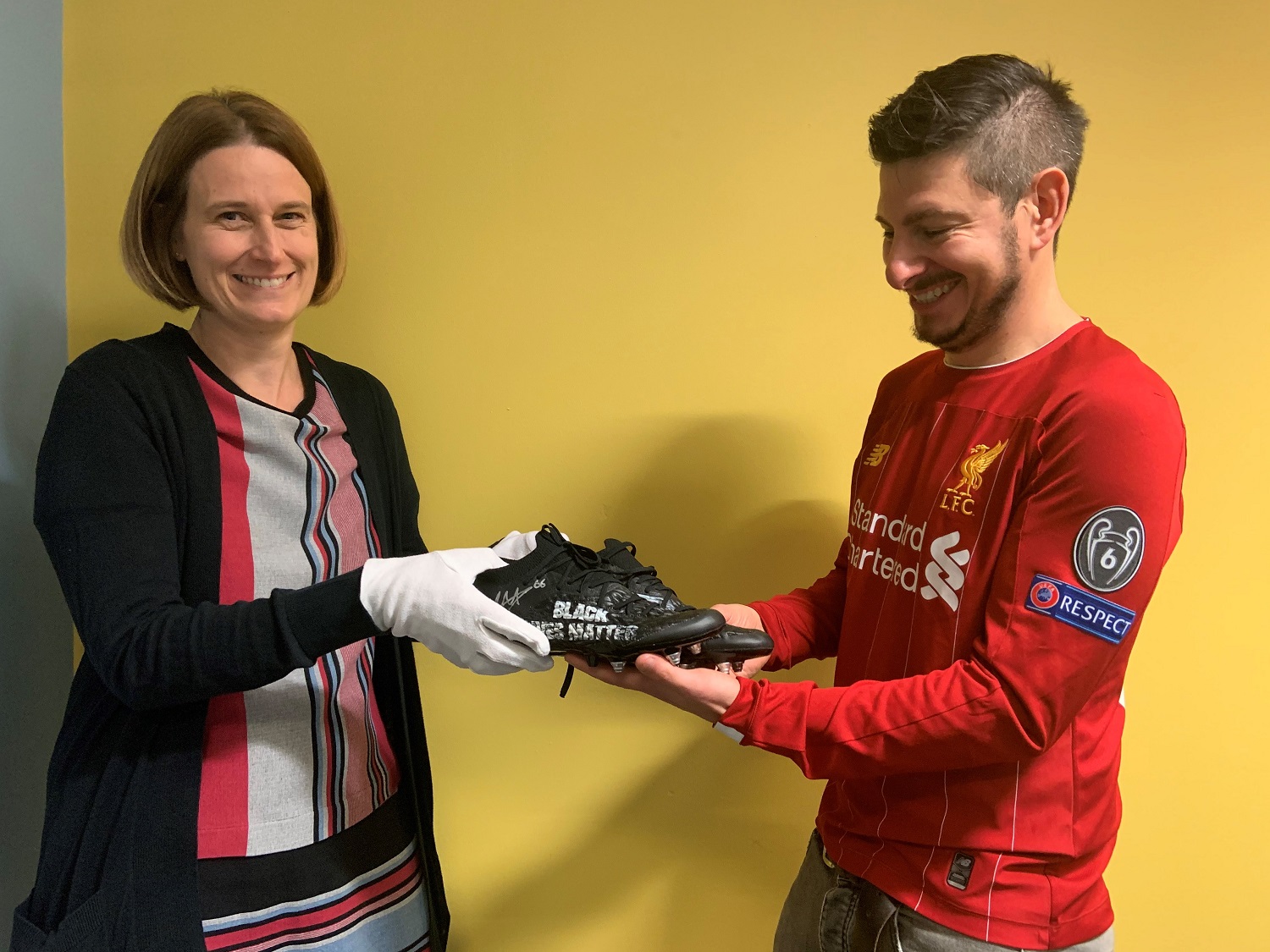 Boots worn by Liverpool and England ace Trent Alexander-Arnold go on display this week at the National Football Museum.

Alexander-Arnold turns 22 on Wednesday 7 October and his boots will go on show at the museum the following day.

They carry the Black Lives Matter message and were worn by the right-back in his team’s first game back following the suspension of the league.

Alexander-Arnold made an impassioned anti-racism statement ahead of the Merseyside Derby on 21 June.

He wrote: “Tonight my boots will carry the message Black Lives Matter. The system is broken, it’s stacked against sections of our society and we all have a responsibility to fix it. Black people are viewed differently. We face discrimination in actions but also in thought…”

The footballer wore the boots at Goodison and then donated them to the Nelson Mandela Legacy Trust. People had to make a donation on the Trust’s JustGiving page for their name to go into a draw to win the boots. More than £27000 was raised in the process.

Liverpool fan Rob Lingham from Bristol was one of 13000 people to make a donation and was picked at random to win the boots.

Now, in a fantastic gesture, Rob has donated them to the National Football Museum.

Rob said: "I'm thrilled to be the custodian of such an incredible piece of football history, so I thought it was important to loan them to the museum.

“This means that future generations will see them and hopefully it will lead to conversations about equality.” 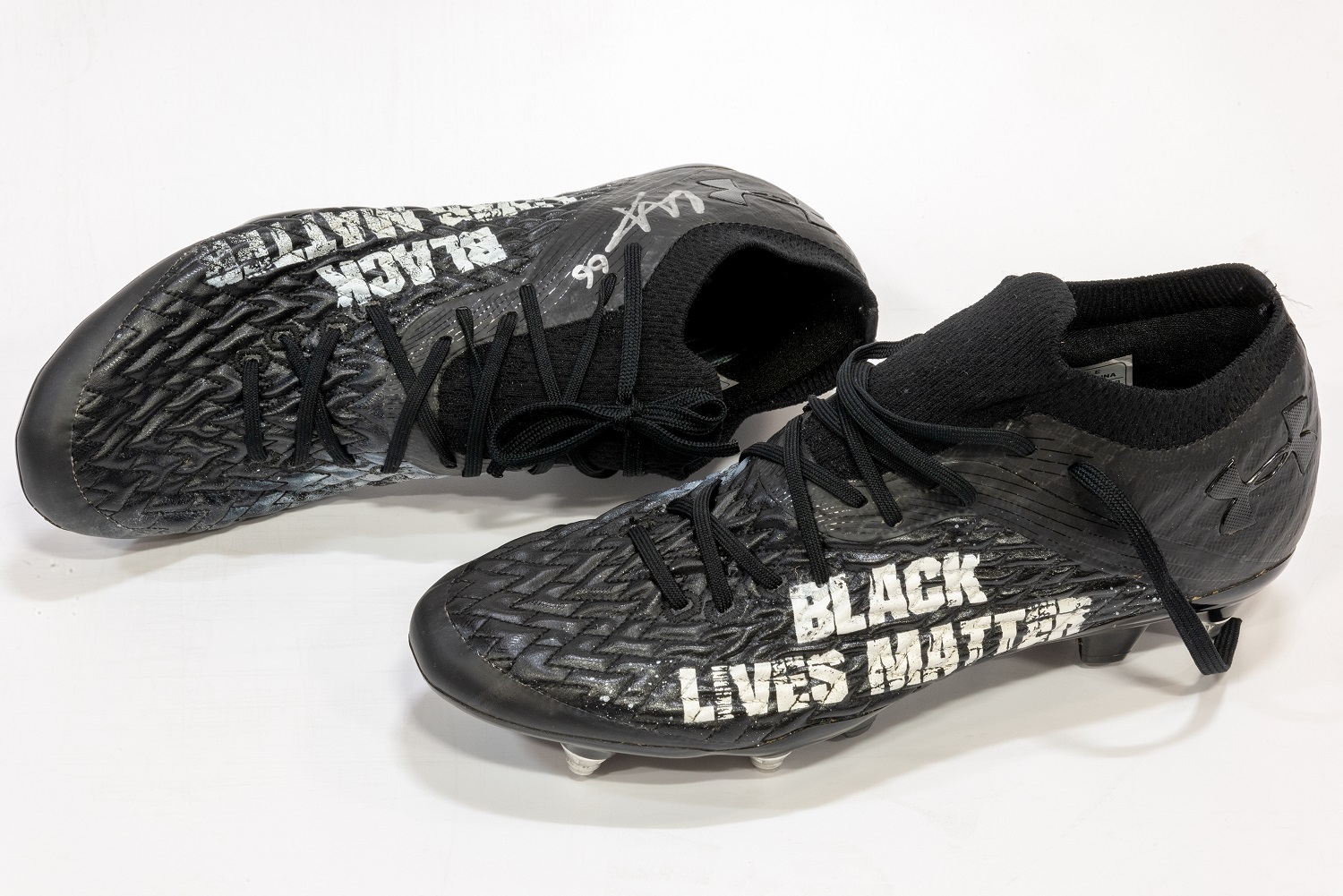 Wiebke Cullen, Collections Manager at the museum said: “We are delighted to accept these boots which are important on several levels.

“They were worn by an England international and Liverpool star in his club’s first game back since the season was curtailed due to the pandemic.

“They also show a young footballer raising awareness of an issue massively close to his heart. Trent Alexander-Arnold is not only an amazing talent but he’s also a great role model.”

The boots will go on show on Thursday 8 October to coincide with Black History Month. Curators at the museum recently acquired a Black Lives Matter shirt worn in the Premiership by Wolves’ Jonny Otto.

The project will see local partner schools using objects from the museum's collection, including the Alexander-Arnold boots, to produce a series of creative responses to trailblazing black footballers and the Black Lives Matter movement.

The museum is also working alongside Kick It Out and its youth groups, running a #KickItOutGeneration debate later this month.

This online event will provide an opportunity and a platform to share stories and discuss possible solutions under-representation in the football industry.