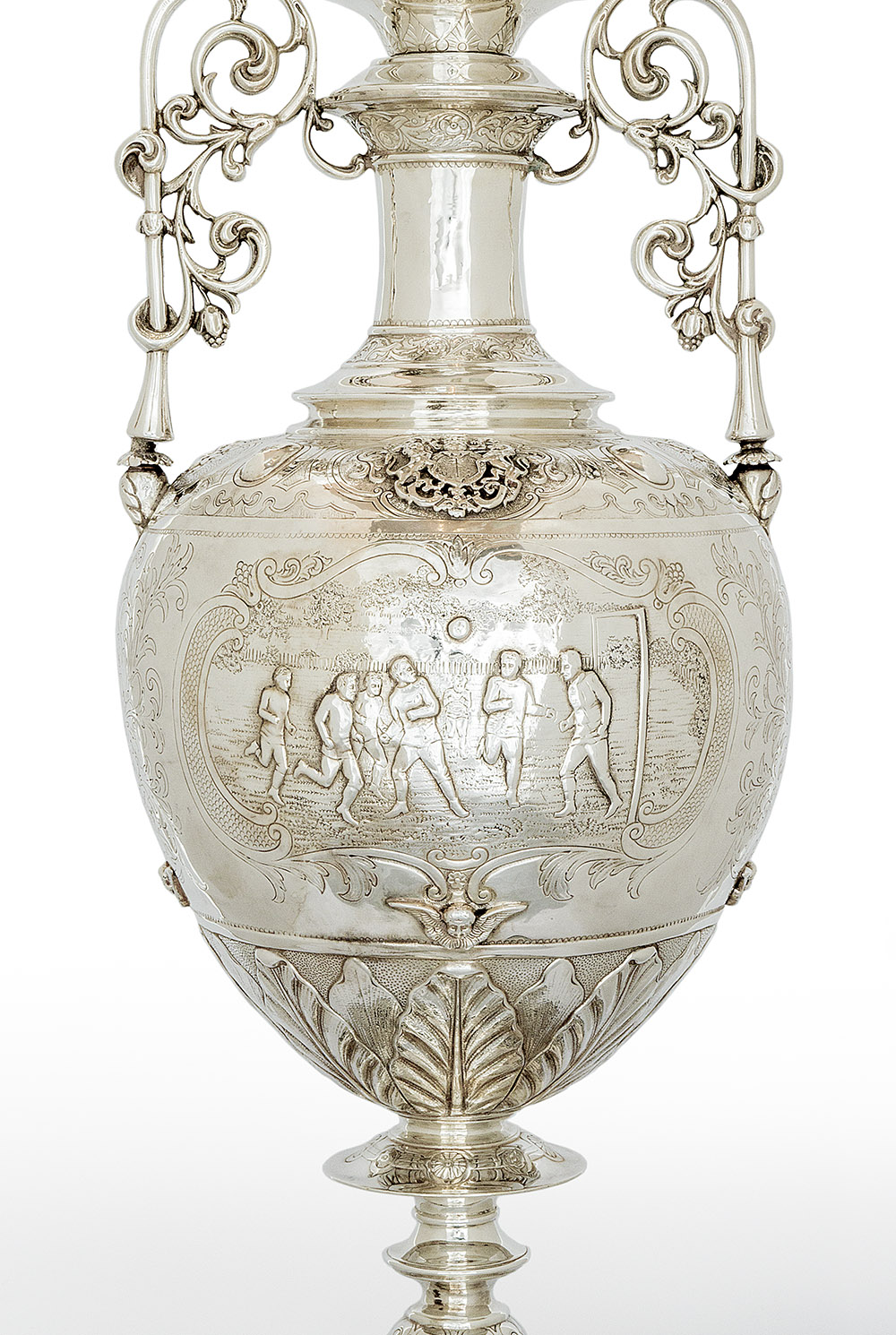 With the new season now well and truly underway, every supporter will doubtless be full of hope and expectation that their team will end it with their hands on some silverware. Here at the National Football Museum, we are in the enviable position of already holding a serious number of impressive prizes, cups and trophies in our collection, but perhaps the most famous of them all is 'The Lady'.

The Lady is the nickname of the original Football League Championship trophy, a large and typically ornate piece of Victorian silverware, awarded to the winners of the world's oldest football league competition. Of course, the first ever Football League champions were Preston North End's 'Invincibles' in 1889, and they followed up their famous double success with another league title the next season... but they never lifted a trophy, as the Lady was only commissioned in 1891!

In 1992, the Lady was lifted by the English champions for a final time, prior to the kick-off of the Premier League era in 1992-93 season. Since then, winners of what is now the EFL Championship have been presented with a modern replica of this wonderful old trophy.

In honour of the passing of a quarter of a century since it was last lifted in triumph, we have created this quiz to test your knowledge: The Lady was lifted by 22 different clubs between 1891 and 1992. Can you name them all?

SPOILER ALERT: Once you've finished the quiz you can take a look at The Lady in more detail on our collections page (no cheating though; you'll find all 22 teams listed here, too); https://www.nationalfootballmuseum.com/collections_detail/football-league-first-division-trophy-1890