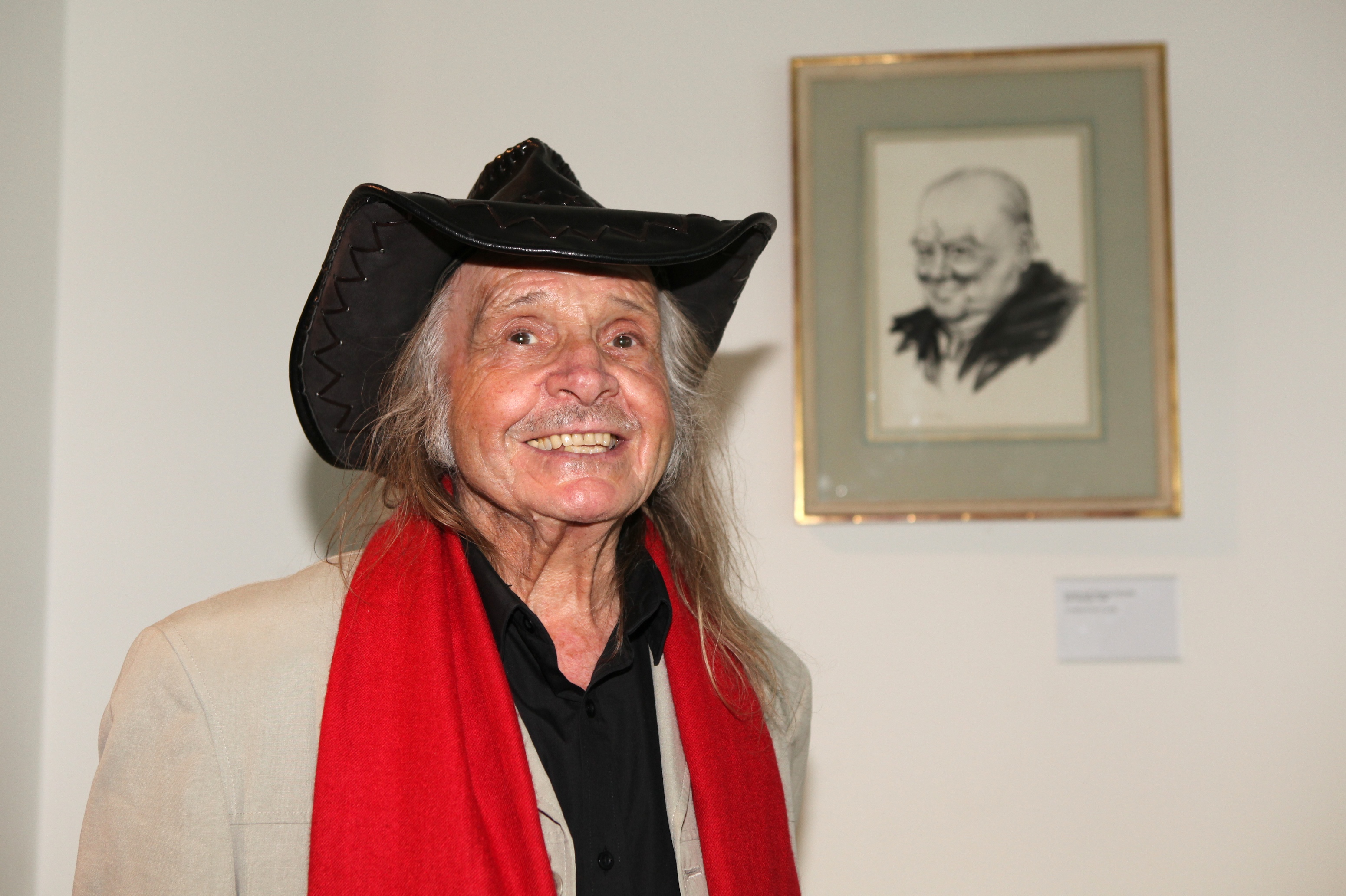 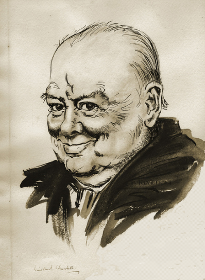 An original portrait of Sir Winston Churchill has been unveiled at the museum today.

Sketched by renowned football artist Paul Trevillion, the illustration is believed to be the only portrait of the World War II Prime Minister, which is hand-signed by Churchill himself.

The illustration, which measures 260mm x 360mm, will eventually be sold, with a percentage of the sale to be donated to the museum, which is a registered charity.

Paul Trevillion, ‘The Master of Movement’, has been acclaimed as Britain’s leading sports artist. His Churchill illustration was completed in 1955 and was signed by the man himself after he saw the portrait and asked to meet Paul.

Paul said: “I did the drawing and a mutual friend sent it to Churchill.

“Then, one day in the office, many months later I got a phone call from Winston Churchill himself. He said ‘Winston here, I will be at the Bernard Sunley Buildings, Berkeley Square, on Wednesday. 10.30. Oblige’. And down went the phone.

We walked in and Churchill was sitting down, facing the door, and he never got up. He put his hand out, still sitting down. The first words he said to me was ‘when were you born?’ I said ‘1934’.

“He said he liked my portrait very much so I asked him if he’d put that in writing. He said ‘I will do better than that young man, I will sign it’.”

Since then Paul has completed thousands of artworks, but the signed Churchill portrait has remained his most treasured possession.

Paul Trevillion said: “As my most cherished piece of work, I feel the time is right to allow others to enjoy the portrait of one of Britain’s greatest men. I have kept the portrait and the story that goes with it close to my heart for many years but when the time is right I’m sure it will find a new home and we can raise a good sum of money to support the brilliant National Football Museum.”

“We are hugely grateful to Paul for allowing us to display it and agreeing to donate a percentage of its sale to the National Football Museum. As a charity we rely on donations to allow us to continue looking after the nation’s footballing history.”

Alongside the unveiling of the Churchill portrait, award-winning songwriter and record producer David Courtney has penned and produced an accompanying single entitled, On the Wings of Destiny (Spirit of 66).

The single will be released as a download available on iTunes and on all major digital platforms from May 23rd. Proceeds from sales will be donated to Sir Bobby Charlton’s charity Find a Better Way.