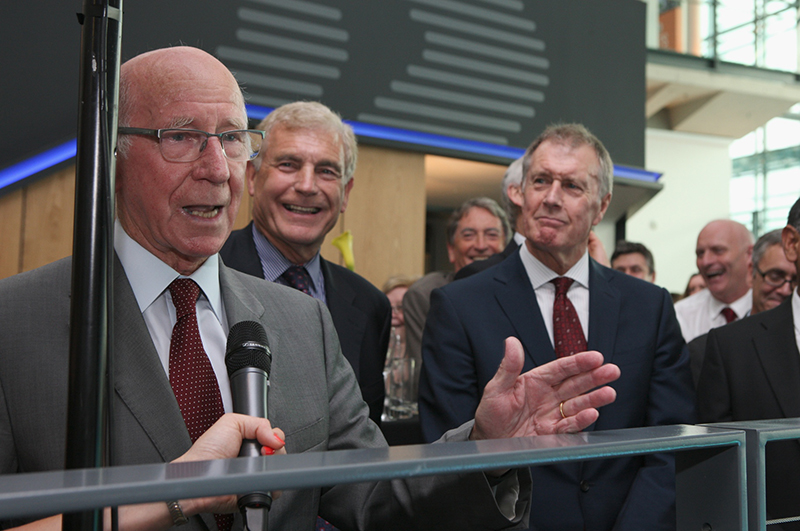 THE National Football Museum is celebrating five years in Manchester this weekend. Since opening the doors to its Manchester home on 6 July 2012 the museum has seen almost 2.5 million visitors pass through its turnstiles.

Football royalty including Sir Bobby Charlton and his fellow 1966 World Cup winners, as well as David Beckham, Sergio Aguero and Ryan Giggs are just a few of the prestigious names passing through the doors.

Not to forget real royalty, when in October last year the Duke and Duchess of Cambridge paid a visit to the museum on their tour of the city - Prince William even stepping up to the spot to take on the museum’s penalty shootout challenge.

The combination of rare football exhibits from across the world and state-of-the-art interactives at the museum has proved to be a huge lure for football fans and families. With exhibitions ranging from a celebration of the 1966 World Cup, to artwork inspired by the great Pelé, the history of football and the First World War and the impact of football on the worlds of videogaming and fashion, the museum has attracted visitors from around the globe.

“I’d like to wish the National Football Museum a happy fifth birthday. I’m pleased to have seen it go from strength to strength since its arrival in Manchester. It’s been a wonderful addition to a city famous for football around the world.”

Interim Museum director Kevin Haygarth said: “We are thrilled with the Museum’s incredible performance over the last five years; the National Football Museum is now as much a part of Manchester as the other great museums and galleries in the city.”

“Football fans from home and abroad have flocked to see the world’s most extensive collection of football memorabilia. The support we have received over the last 5 years has been amazing, from those from within football, from our main funders Manchester City Council and of course from our visitors,

“We’re also extremely proud of the diverse exhibitions the museum has put on; from fashion to World War One, to photography and fine art. We continue to provide relevant exhibitions for all ages and interests.

“The feedback from visitors has been absolutely fantastic. People really seem to be able to relate to the stories we are telling here.  We are very proud of what we offer and that is reflected in our fantastic visitor numbers and that people visit again and again.”

In the future, the museum will continue to preserve and share footballing memories. With recent acquisitions including the world’s largest collection of women’s football memorabilia, the museum is looking forward to being part of Manchester’s footballing landscape for years to come.