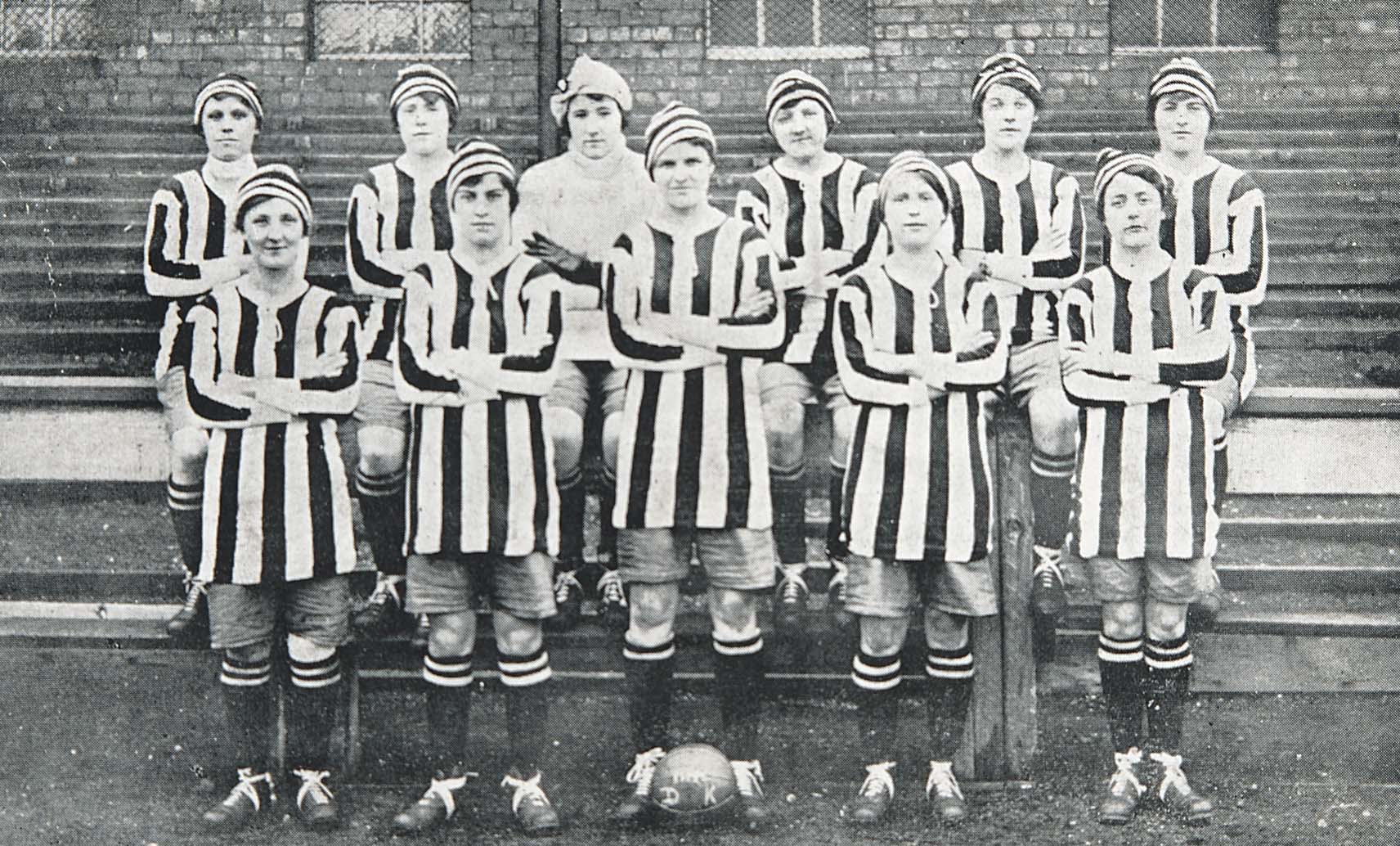 The National Football Museum is launching its latest exhibition in June 2022, charting the remarkable history of women's football, from the 19th century up to the present day.

The exhibition, a joint collaboration between the museum and Manchester City Council, will correspond with the city hosting part of this year’s UEFA Women’s Euros tournament and run from June until December. Exact dates will be announced soon.

As part of a National Lottery-funded project this summer, Manchester and nine other tournament host cities will take part in the project which aims to uncover the pioneering stories of the women and girls involved in the sport which was first played professionally 141 years ago.

"From the Manchester Corinthians' ground-breaking international tours in the 1950s to being home to two WSL teams and grassroots teams like Manchester Laces, Manchester has played an important role in the history and development of the women’s game. The National Football Museum has been improving its representation of women’s football across its collections and exhibitions over the past few years culminating in our exhibition to celebrate the UEFA Women’s Euros 2022. The exhibition will be supported by an exciting range of activities and events to celebrate and capture the tournament."

"As a city that is synonymous with football, we're excited and proud to be playing our part in supporting the UEFA Women's EURO 2022 Tournament.

"It provides a huge opportunity for girls and women's football in Manchester and for helping get more girls and women involved in physical activity as part of a healthy lifestyle.

"As well as giving fans the chance to see some of the best players in the world in action on the pitch, the work we're doing with the National Football Museum to open up and reveal more of the history of women's football will ensure that this fascinating, surprising, and currently little-known about heritage of the game is opened up to a wider audience, and recorded for future generations to explore, learn from, and be inspired by."

“We're thrilled to be working with our UEFA Women’s EURO Host City partners and The National Lottery Heritage Fund on this unique programme. Together we will bring to the fore incredible stories of the pioneers of women’s football who have helped shape the women’s game we have today."

"The programme will also capture and tell, for generations to come, the profiles and stories of current and future England players, ensuring fans are better informed than ever before. With the UEFA Women’s EURO coming to England this summer, this really is the time to celebrate our past and look forward to a very exciting future.”

Manchester is one of nine English cities hosting this year’s UEFA Women’s EURO 2022 tournament, all of which are taking part in women’s football heritage activities to uncover the history of 141 years of women’s football.