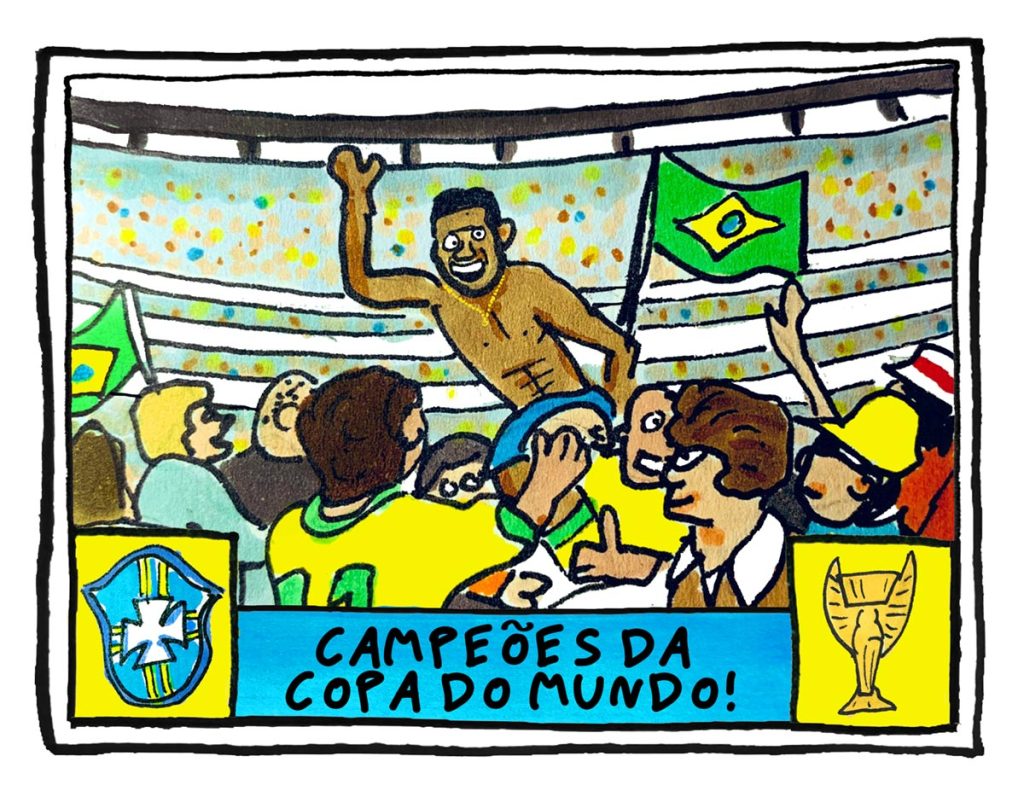 The greatest team to ever win a World Cup? Mario Zagallo’s side are certainly contenders. The high altitude unexpectedly brought with it a high goals tally. Mexico ’70 had an average of three goals per game (we rounded up by 0.03) with Brazil netting 19 of the 95 goals scored during the tournament.

Carlos Alberto became the last captain to lift the Jules Rimet: having won the World Cup three times, the Brazilians were allowed to take it home with them. Thirteen years later, it was nicked from the CBF’s headquarters in Rio; unlike in ’66, it was never recovered.

1970 was the end of an era in other ways, too. Brazil had won three of the previous four tournaments, and had an abundance of talent coming through. Many expected their dominance to continue – but Mexico proved to be their last World Cup triumph for 24 years. 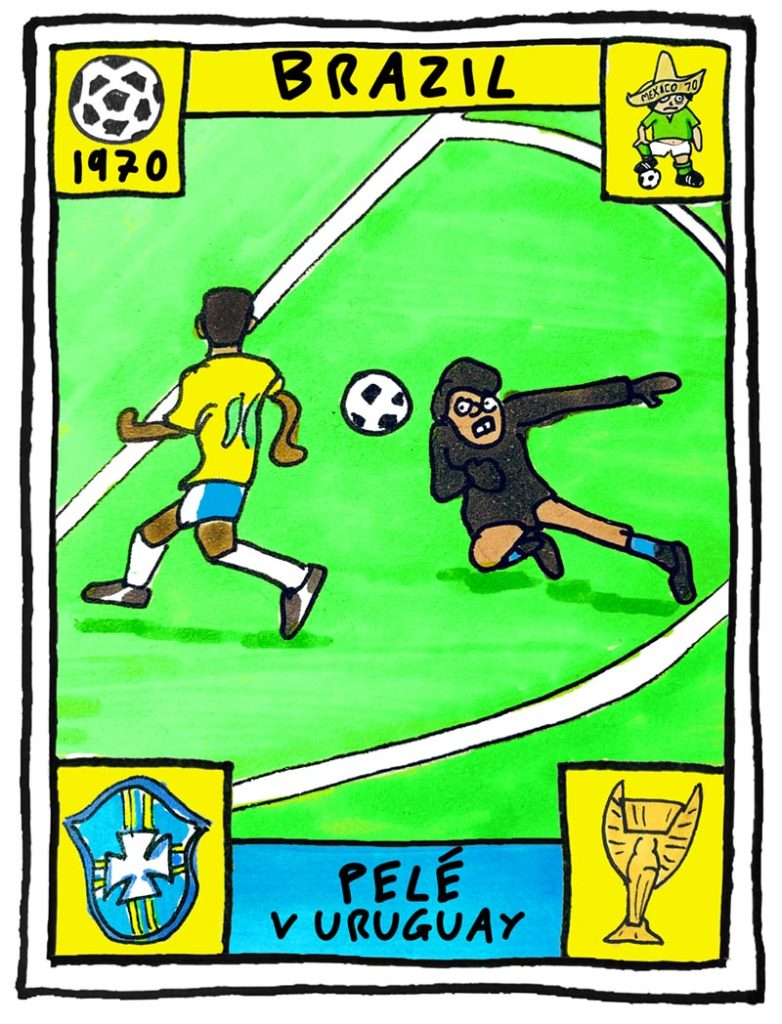 Considering his reputation as one of the world’s greatest, Pelé had a pretty rough time of it on its biggest stage. Bursting onto the scene as a teen in 1958, Pelé injured himself within two games of the tournament in Chile, then was literally kicked off the park on these shores four years later.

Approaching 30, Pelé almost didn’t return to the national setup ahead of qualifying for Mexico. Of course, he relented, fired his country to the finals, then laid waste to opposition defences. He opened the scoring against Italy and laid on two more, bookending his World Cup career with his second winners’ medal and his first (sort of unofficial and retrospective) Golden Ball. Not bad. 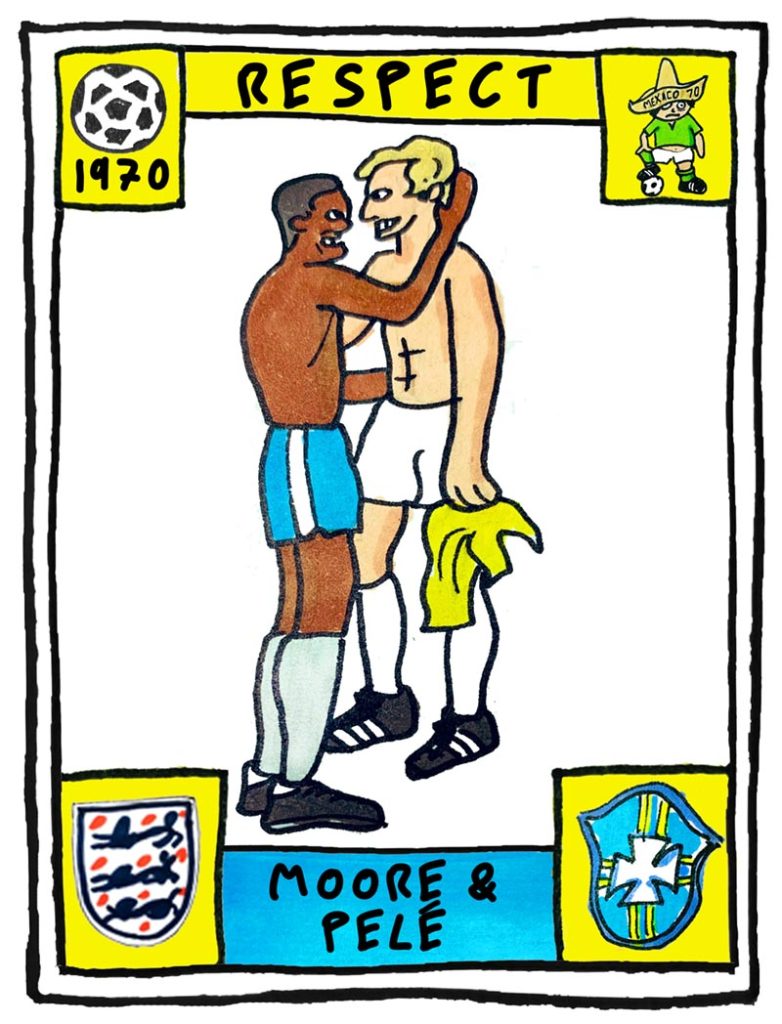 We still see that tackle, even if it’s not on this panel (you can, however, see it on our big wall if you’re tall enough). In the face of an imperious opponent, defending champions England were the only team to restrict Brazil to just the one goal.

Despite the pre-tournament drama surrounding accusations of theft in a Colombian jewelry store – and subsequent (if brief) house arrest – Bobby Moore showed why he was considered one of the great centre-halves of the era. Even to this day, his exquisitely-timed challenge on Jairzinho is held up as an example of the perfect slide tackle. Jairzinho got the last laugh, scoring the winner in that game, but nobody remembers that.

Moore and Pelé famously embraced and swapped shirts after the game: the latter considered the England captain to be the greatest defender he’d ever faced. They remained firm friends for life thereafter, Aww. 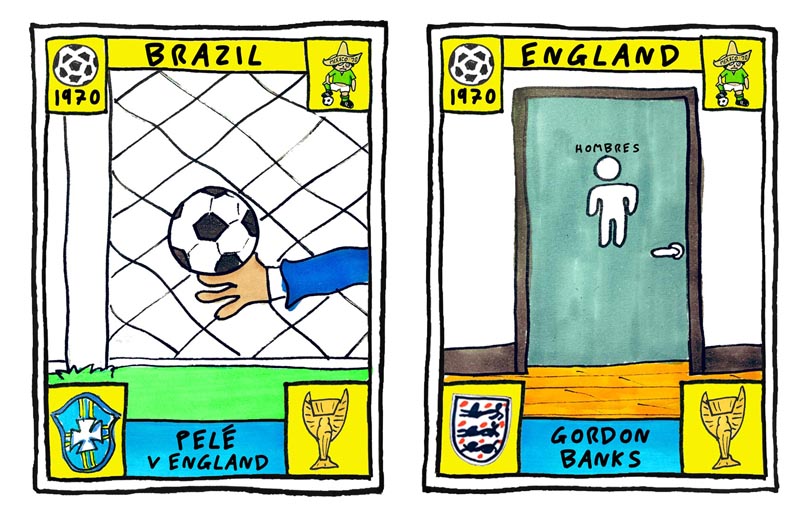 If you’re on the galleries long enough, you’ll no doubt here the immortal words of David Coleman: “What a save. Gordon Banks!” Pelé thought he’d found the net with a powerful header towards the bottom corner, but Banks had other ideas. The Leicester City stopper lunged low and backwards to his right, somehow tipping the ball over the crossbar to the astonishment of the number nine.

England went on to meet old foes West Germany in the quarter-final, but had to do so without their first-choice stopper. A bout of food poisoning saw the usually watertight Banks leaking something other than goals “at both ends”, according to teammate Alex Stepney. 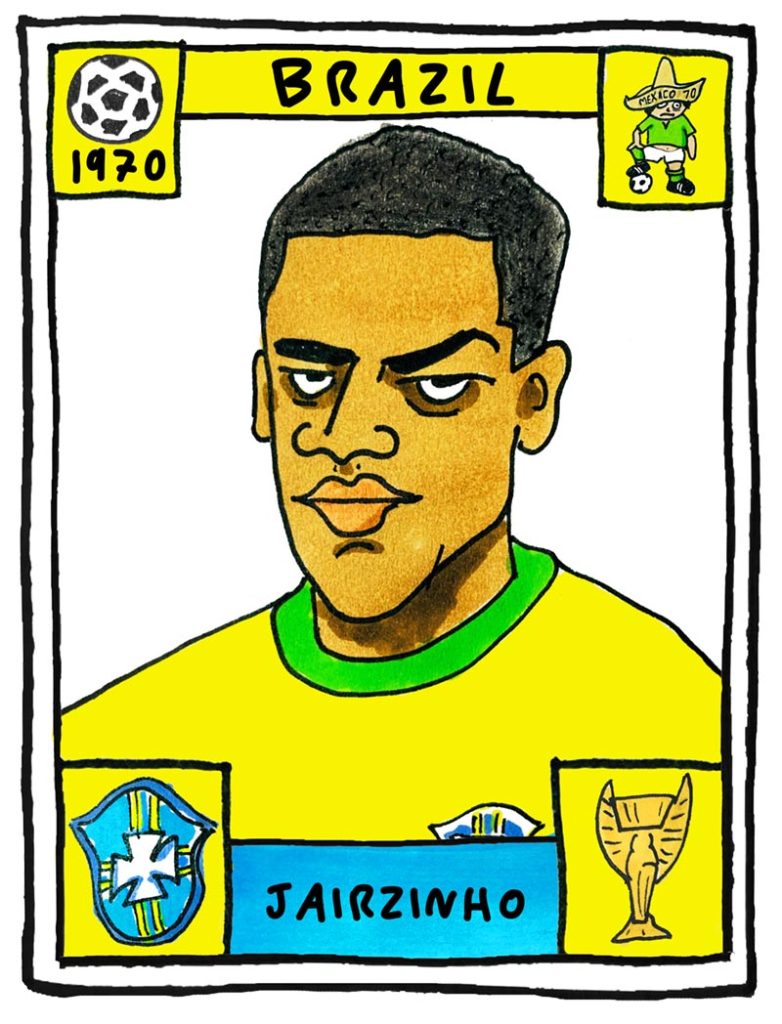 Contrary to football folklore, Pelé did not single-handedly win Brazil the 1970 World Cup. In fact, the legendary forward wasn’t even Brazil’s top scorer.

That honour fell to Botafogo hero Jairzinho. The right winger, described as “the Hurricane” by moustachioed mate Roberto Rivelino, swept aside the stubborn English, blew Czechoslovakia away and rattled the Italians in the final. He finished the tournament with an impressive seven goals to his name: as many as Pelé and Rivellino combined. Still not enough to win the Golden Boot, though… 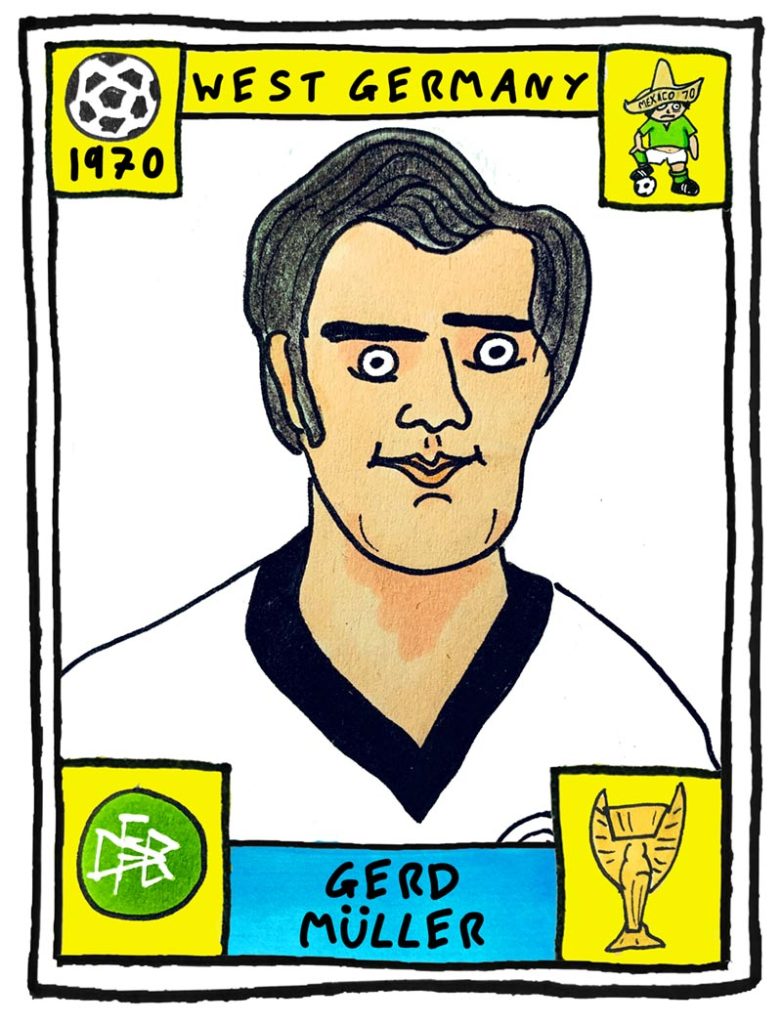 Bayern Munich forward Gerd Muller was affectionately nicknamed ‘Der Bomber’ by supporters – though given his ridiculously prolific record in front of goal, ‘Der Scharfschütze’ might have been more accurate.

The 24-year-old opened his account with the winner against Morocco, but followed up with back-to-back hat-tricks against fellow Group 4 opponents Bulgaria and Peru. He scored the close-range, extra-time winner against England in the quarters (boo), but two more extra-time goals in the ‘Game of the Century’ against Italy were ultimately in vain.

Muller scored on average a brace per game in Mexico, and became just the third (and to date last) player in World Cup history to hit double digits in one tournament, after Hungary’s Sandor Kocsis (11) and France’s Just Fontaine (13). Not bad company.