If you thought Russia (or possibly Qatar) was the most controversial of World Cups, Argentina would like a quiet word. Alone. Out back.

1978 marked the third time in four tournaments that a World Cup was won by its hosts (though Havelange did not complain so vociferously about this one). This edition was embroiled in controversy throughout – more on that below – but Argentina ultimately came out on top, squeezing through the second round on goal difference before defeating the Netherlands in a hostile final at Estadio Monumental. 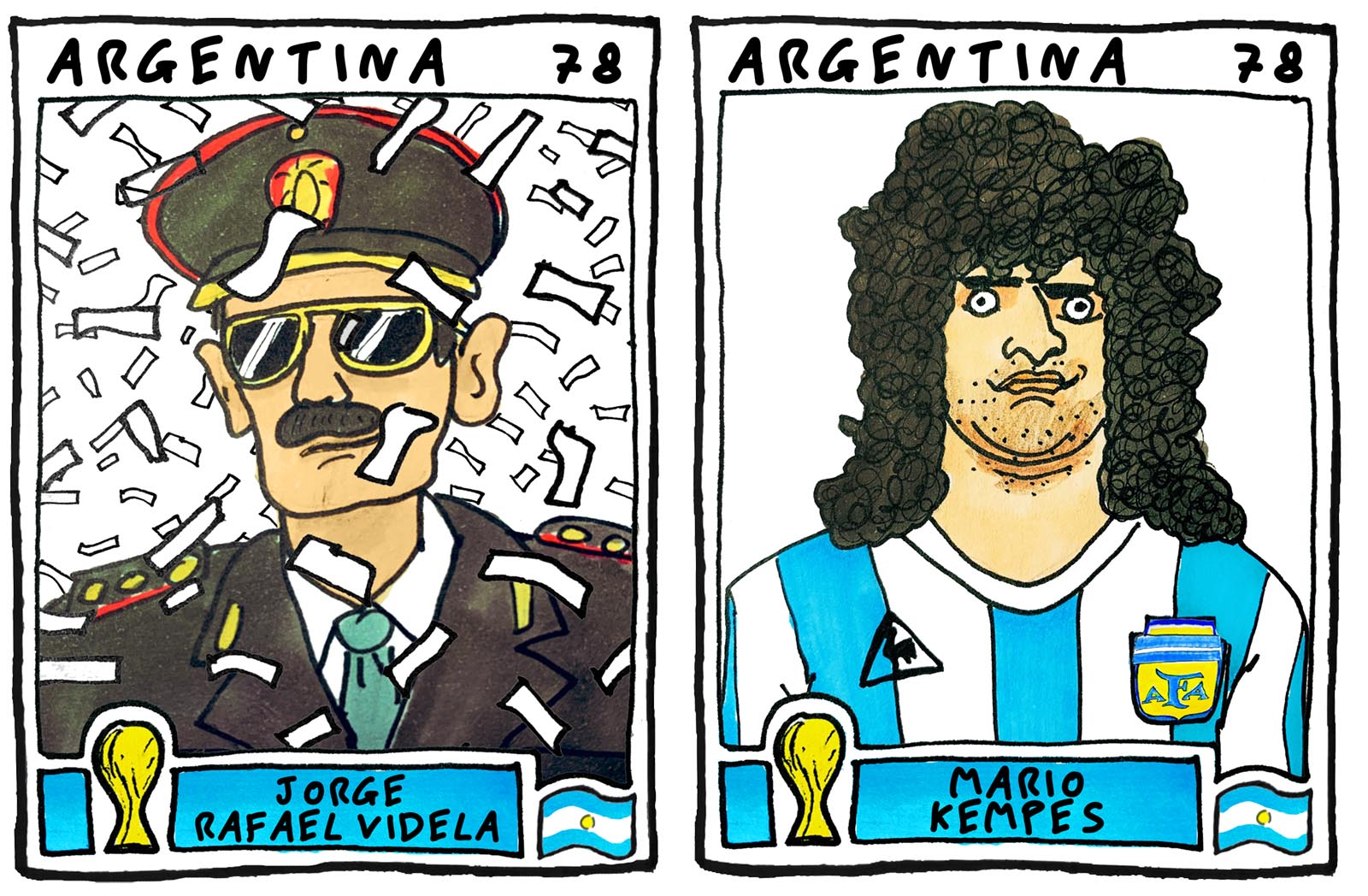 Why was ’78 so controversial? Two years before the tournament kicked off, a military junta ousted Argentina’s democratic government, and sought to use the World Cup to legitimise their regime – predictably, through thoroughly illegitimate means.

Favourable refereeing decisions and allegations of match-fixing were rife, but the most discussed incident took place in the second round. Argentina needed to beat a defensively resilient Peru side by at least four goals to go through to the final: the hosts ultimately triumphed 6-0.

Even prior to the final, the Argentinians were accused of foul play, delaying their arrival and subjecting the Netherlands to an increasingly febrile Buenos Aires crowd. Argentina won 3-1, thanks to two goals from Golden Ball and Golden Boot winner Mario Kempes, pictured above with his lovely bouffant. 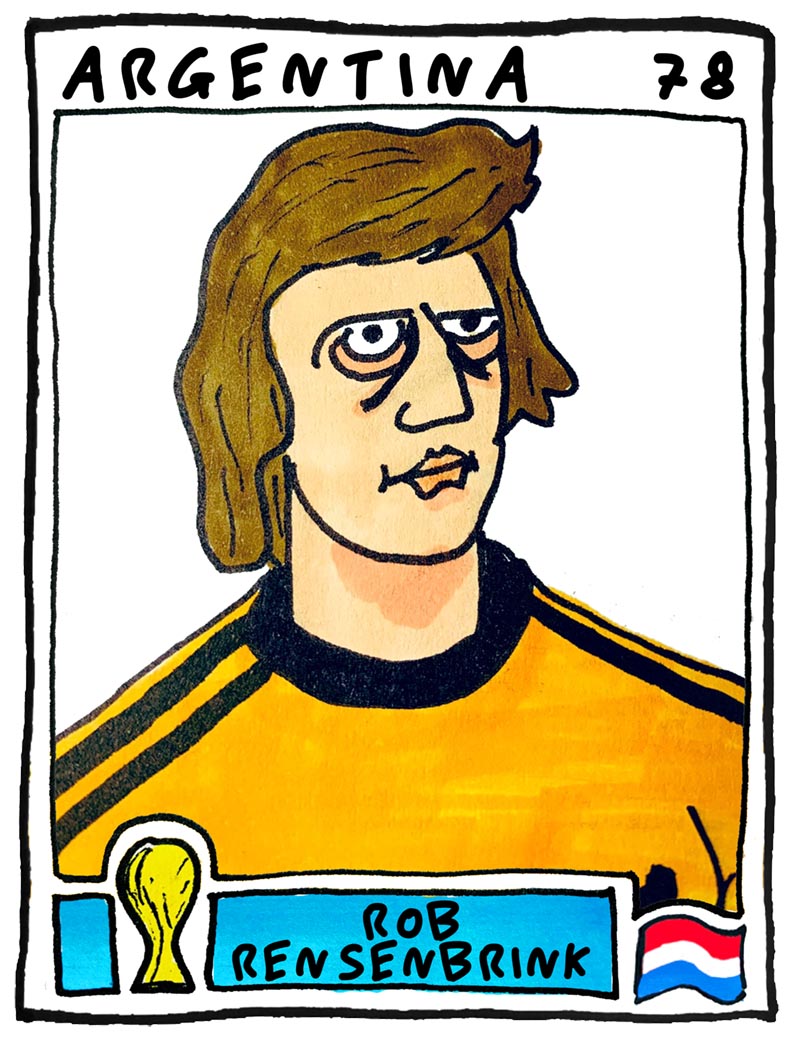 Previous runners-up the Netherlands rather reluctantly headed to Argentina without their star man. Johan Cruyff had retired in the run-up to the tournament, later citing a kidnap attempt in Barcelona as main reason, leaving a star-shaped hole in Ernst Happel’s side.

Rob Rensenbrink filled that void, moving into Cruyff’s position on the left of a three-pronged attack. He found the net four times in the first group stage (three times from the spot), and slotted home another penalty in the 5-1 win over Austria.

In the dying stages of the final, the Anderlecht attacker was a lick of paint away from clinching a first World Cup win for his country and the Golden Ball for himself, only to hit the post from a narrow angle. Kempes (and then Bertoni) went one better in extra-time, consigning the Dutch to the role of bridesmaids once more. 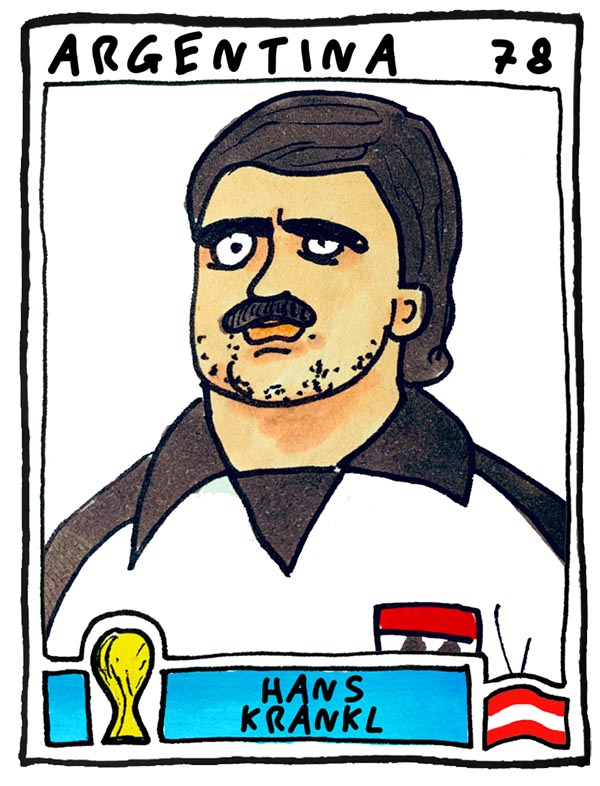 When he jinked inside and stabbed a shot beneath Sepp Meier, Hans Krankl scored what was arguably the most famous goal in Austrian football history.

West Germany needed a five-goal win to stand any chance of progressing to the final, but their neighbours had other ideas.

Austria had never defeated a German side in 47 years of competition, but that all changed at the Chateau Carreras. Heading into the final moments, the scores were tied at 2-2, Krankl having scored one of those goals. His late winner made little difference to proceedings – West Germany were already heading out, and Austria could not qualify for the third-place play-off – but meant the world to the country’s supporters.

The game is simultaneously known as the Miracle or Disgrace of Cordoba, depending on which side of the border you’re on. 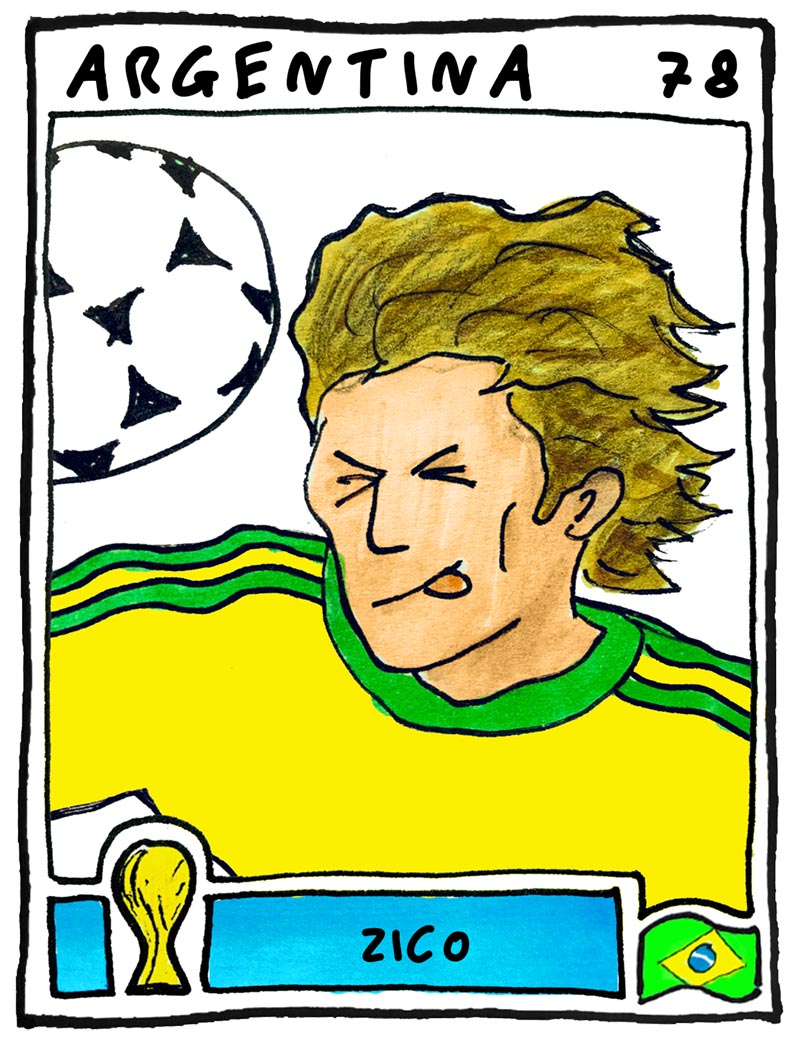 Why the facial expression? We presume this is the moment Zico headed home a last-gasp winner against Sweden – or so he thought.

With the scores tied at 1-1, Nelinho swung in a corner, met by the head of Zico. Whilst the ball was in transit, Welsh referee Clive Thomas blew the full-time whistle, heading towards the tunnel as the ball nestled in the net. The Brazil squad and manager Claudio Coutinho were apoplectic, but the pedantic official insisted that Zico was a fraction of a second too late in making contact.

Ultimately, Brazil would be pipped to top spot by Austria, then went out on goal difference to Argentina: no wonder they considered themselves the moral champions. 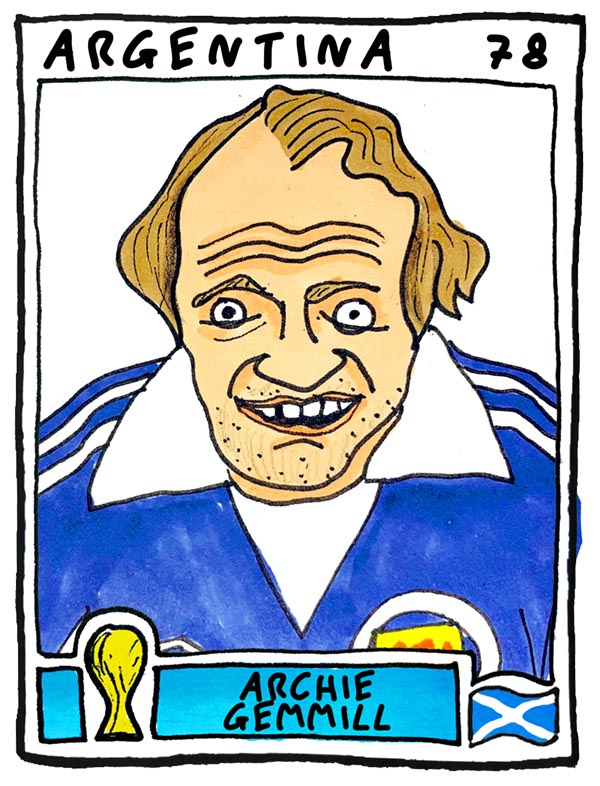 As the British Isles’ sole representative at Argentina ’78 (no, we’re not counting Clive Thomas), Scotland had a chance to assert some domestic dominance – and were agonisingly close to doing so.

A 3-1 defeat to Peru and a humiliating draw against lowly Iran left the Tartan Army facing the impossible task: beating (arguably) the world’s best team by two clear goals to take their place in the next round.

They almost pulled it off, courtesy of one of the finest goals in World Cup history. Leading the Netherlands 2-1 with just over twenty minutes to go, Archie Gemmill plays a one-two with Dalglish before belting the ball beyond Jongbloed. Forty-four years on, it remains the Scots’ best goal at the tournament (though to be fair, they’ve only scored 25 of them in total).

Johnny Rep pooped the party three minutes later, and the Netherlands progressed at Scotland’s expense. Ally Macleod’s men were on their way home – another glorious failure, another case of what could have been.