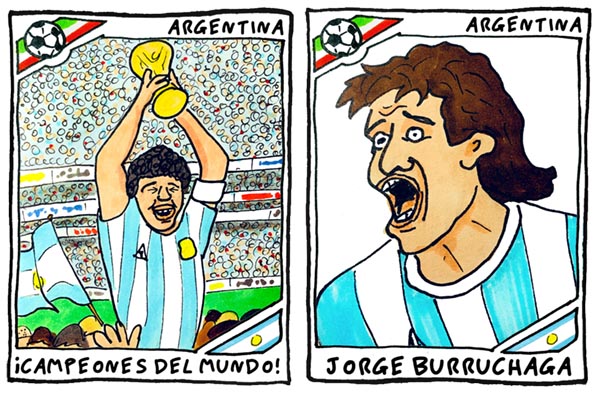 Quite literally booted out of the tournament by Italy four years prior, 1978 champions Argentina travelled to Mexico with intent. Their hopes rested on the shoulders of their volatile talisman, Napoli’s Diego Maradona.

Diego’s devilry in *that* infamous England game are well-documented – much more dedicated to that below – but what about the rest of the tournament? A Pedro Pasculli goal against Uruguay set up that England tie, and two Maradona doubles – one against England, another less controversial one against Belgium – took La Albiceleste to their third World Cup final.

Despite – or because of – his impact on the tournament, Maradona was kept relatively quiet in the final. With the scores level at 2-2, the skipper found a pocket of space and laid on the decisive assist for Jorge Burruchaga’s winner. 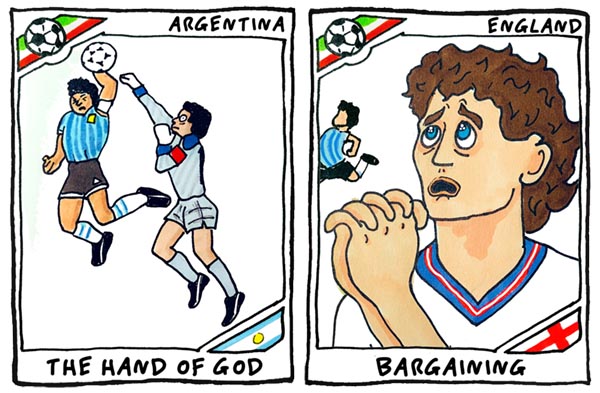 The Hand of God (& the Goal of the Century)

No game quite epitomised the genius and the devilment of Diego Maradona quite like the 1986 World Cup quarter-final.

Second, he slalomed his way through half of the England team before slotting home in one of the most astonishing solo goals of all time.

The Hand of God and the Goal of the Century, scored within five minutes of one another. Impulsive, imperfect and infuriating, but completely inimitable – for better or worse. 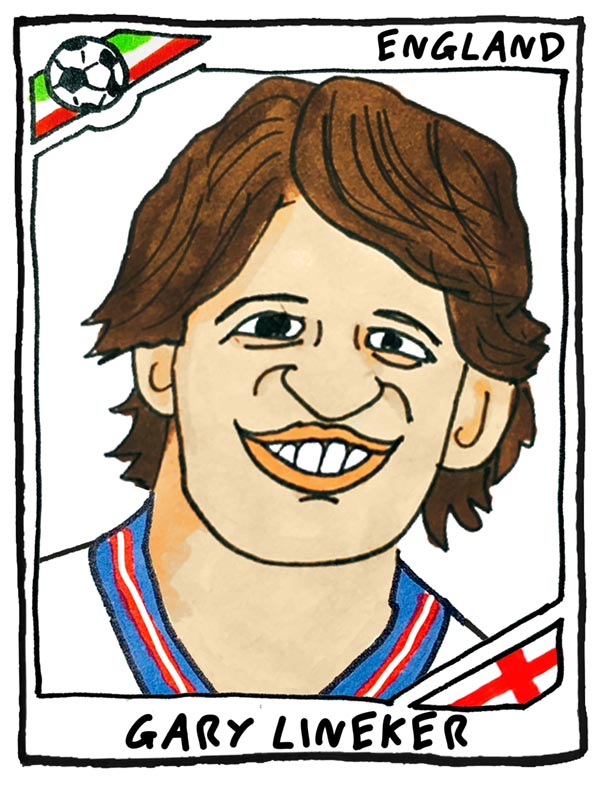 The self-styled spud-flogger was the first Englishman to win the prestigious Golden Boot.

No penalties against Panama in the Lineker highlight reel – just a cavalcade of predatory close-range finishes. Goals for the football purists who appreciate the importance of precise timing, intelligent running and a touch of goal hanging.

After England went goalless in their opening two games, Gary’s hat-trick against Poland secured the Three Lions’ progression to the knockouts. The Everton forward bagged a brace in the second round win over Paraguay, and his goal against Argentina gave England fleeting hope of a comeback.

That goal was his sixth of the tournament – a total that Maradona could not better in the final two fixtures. The Golden Boot isn’t a bad consolation prize. 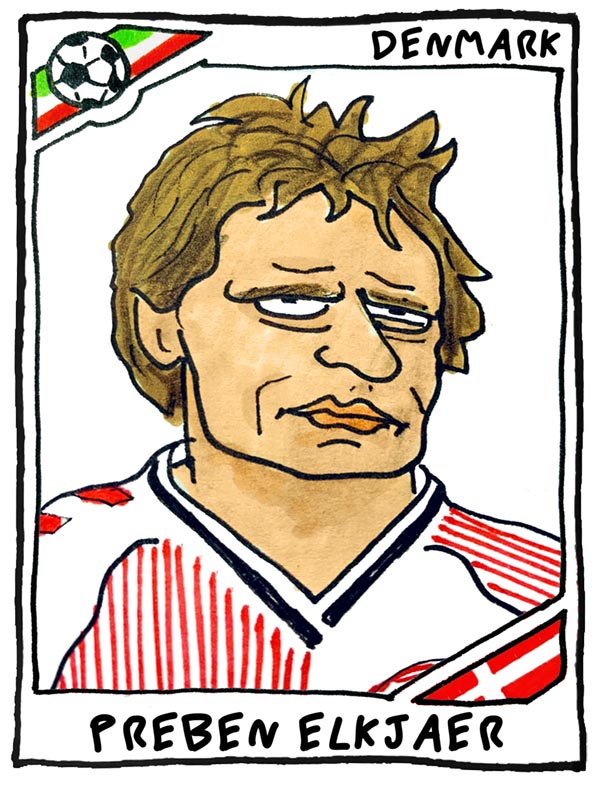 The chain-smoking powerhouse was one of the unlikely heroes of Mexico ’86.

The Danes made their debut at the competition and did not disappoint. They were one of just two sides to win all three of their opening group games (the other being Brazil). Elkjaer netted the winner in their opening game against Scotland, then helped himself to a hat-trick in the 6-1 demolition of Uruguay.

Denmark were routed themselves in the first knockout round, shipping five goals to an inspired Spain side. Despite playing just three and a half games, Elkjaer was considered to be one of the tournament’s most impressive forwards, his dynamic performances earning him the Bronze Ball. 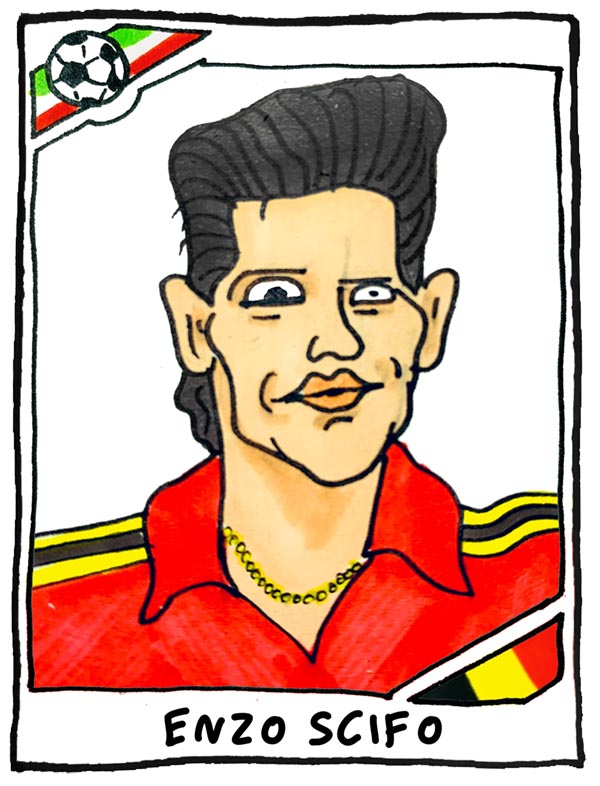 Having caught the eye as a fresh-faced teen at EURO 1984, the Anderlecht attacker made an even greater impression during his World Cup debut for the Belgians.

A number ten blessed with vision and passing range far beyond his years, Scifo scored the opener in a 2-1 win over Iran as the Red Devils squeezed through to the knockouts, and the 20-year-old also opened the Belgians’ account in a frenetic 4-3 victory over the Soviet Union. He also showed great maturity to step up and score in the penalty shootout win over Spain at the quarter-final stage.

For his efforts, Scifo was named as FIFA’ young player of the tournament. He would go on to feature at another three World Cups – one of just fourteen players to have ever done so. 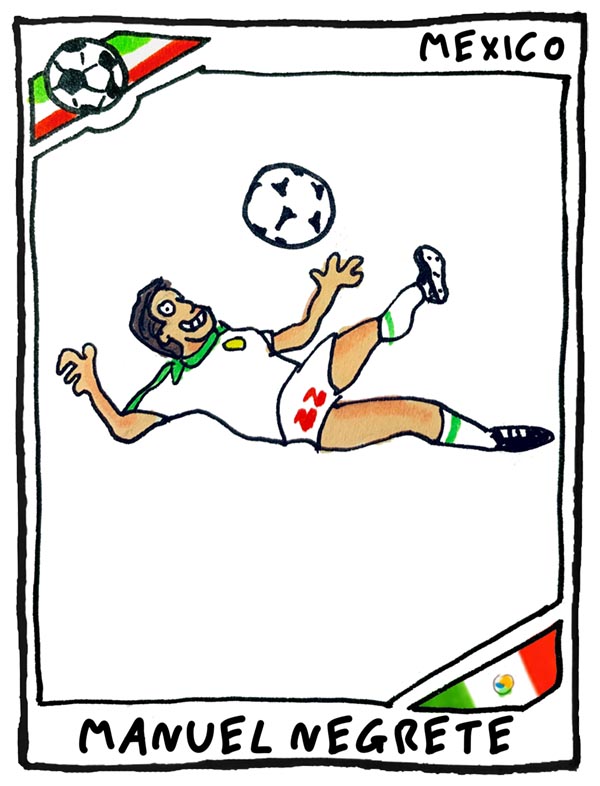 The hosts enjoyed a fairytale run through the tournament, led by ‘miracle worker’ Bora Milutinovic.

Victories over Belgium and Iran at a packed Estadio Azteca saw Mexico through as Group B winners, but their finest moment came in the knockouts. Manuel Negrete juggled the ball towards the edge of the area, played a deft one-two with Javier Aguirre, then smashed a frankly ridiculous scissor kick beyond the despairing dive of Bulgaria stopper Borislav Mikhailov.

Four years ago, Negrete’s stunning volley was voted the greatest goal in World Cup history. Step aside, Bergkamp. Move over, Maradona. It was just that good.