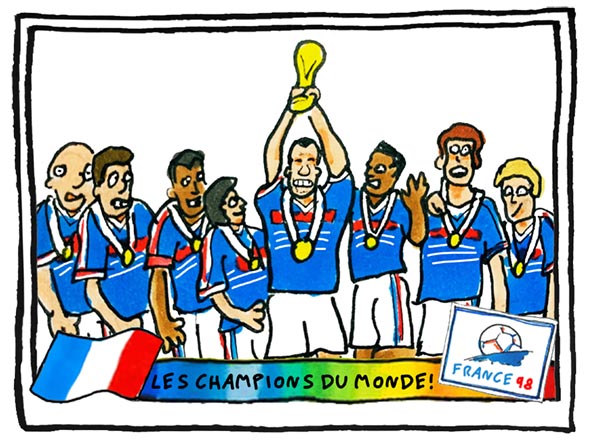 Until 1998, France had never graced the showpiece of the greatest international tournament. The so-called ‘Magic Square’ of Platini, Tigana, Giresse and Fernandez led them to consecutive semi-final appearances in the eighties, but Les Bleus failed to even make it to the next two World Cups thereafter.

Their successful bid to host the ’98 edition headed off the potential embarrassment of a third consecutive no-show – but under-fire coach Aime Jacquet over-delivered on the home supporters’ expectations. Having picked up maximum points in Group C, France required a golden goal to see off Paraguay, a sho0tout to say au revoir to Italy, and two unlikely goals from Lilian Thuram against Croatia – the only ones of his 142-cap career – to progress to the final.

In front of their own countrymen at the Stade de France, a united, multicultural France team shocked Brazil, scoring three goals without reply. The squad featured players of Ghanaian, Senegalese, Guadeloupean and New Caledonian descent: the hero of the hour was the son of Algerian immigrants, while the captain lifting the trophy was from the Basque region.

That squad’s victoire was about more than football, having a marked positive cultural impact across the country. Allez les Black-Blanc-Beurs! 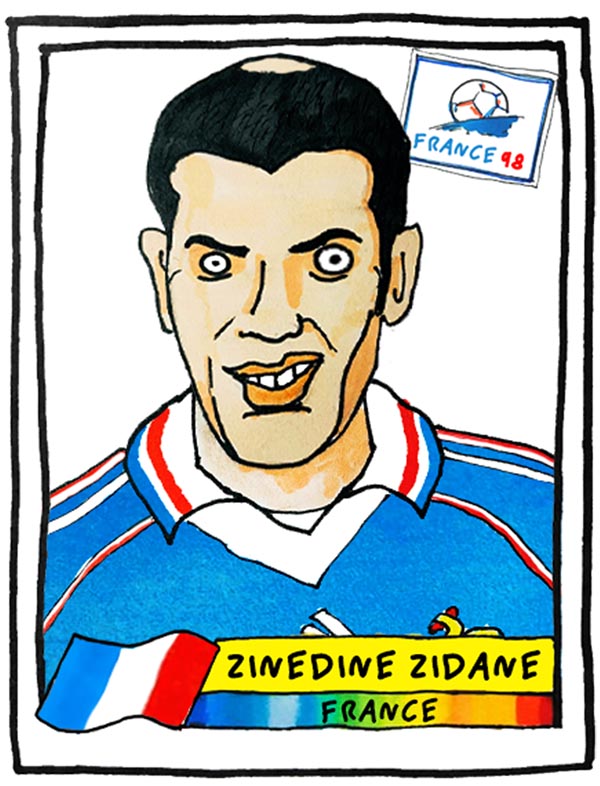 Who needs Tim Sherwood when you’ve got Zinedine Zidane?

Two years after his famous rejection by Blackburn Rovers (and Newcastle United, for the record), Zizou was a two-time Serie A champion, a two-time Champions League finalist and, ultimately, a Ballon d’Or winner.

France’s World Cup hopes hinged on his unrivalled quality, but Zidane’s tournament got off to an ignominious start, stamping on Saudi Arabia’s Fuad Anwar in the second group game. His return from suspension lifted Les Bleus after a limp win over Paraguay, but heading into the big finale, the Juventus star had no goals and just one assist to his highly-regarded name.

Zizou came good when it mattered, heading in a brace – both from corners – as France lifted their maiden World Cup in front of their own fans. Zidane was named man of the match, but was nowhere near Golden Ball contention. Much more was to come from the bald-pated playmaker… 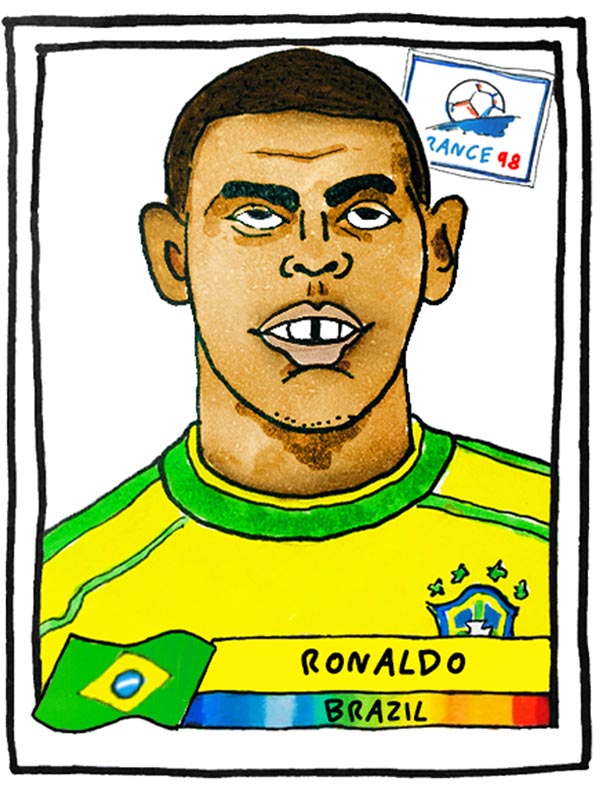 So who did win the Golden Ball? Why, the greatest player in the world, of course.

Prior to a knee injury suffered in 1999, Ronaldo was almost unstoppable: blessed with pace, power and technique in equal measure, all at the age of just 21. He was, quite frankly, ridiculous.

Without Romario due to injury, the defending champions relied heavily on R9 to fire them into contention, and he duly obliged. The Inter Milan sharpshooter found the net four times and laid on assists for three others as Brazil made it to their second consecutive final.

Just hours before kick-off, Ronaldo unexpectedly suffered a convulsive fit: his omission and last-minute reintroduction to Mario Zagallo’s lineup was the source of much pre-match confusion. The effects of that medical episode would become apparent when the game kicked off. The usually dynamic number 9 drifted through the biggest game of his career, rendered a shadow of his explosive self, and Brazil’s confidence ebbed away.

Remarkably, Ronaldo lasted the full ninety minutes: only afterwards was the nature of his health scare revealed to the wider public. He was awarded the top individual award for his performances leading up to the final – but had his eyes on the biggest prize four years later. 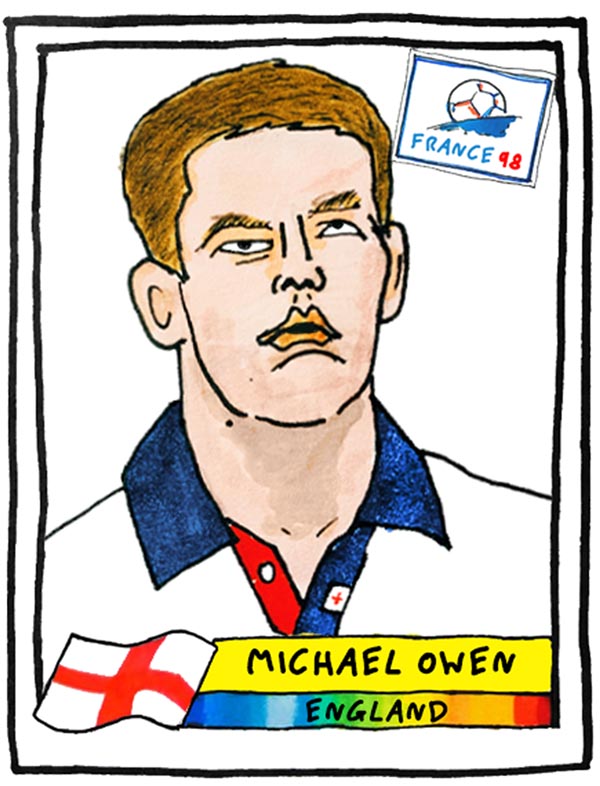 Before alienating supporters of just about every English club he played for (with the exception of Stoke City), Michael Owen was fondly remembered as one of this country’s most clinical finishers.

The teenager became the Three Lions’ youngest ever goalscorer just a month before France ’98, and the prodigious talent duly made it into Glenn Hoddle’s squad. He became the tournament’s youngest scorer when stepping off the bench to find the net against Romania, earning a spot in the starting eleven for the Colombia and Argentina games.

It was against the latter that Owen truly announced himself on the world stage. Racing onto a David Beckham pass, Owen burst beyond Roberto Ayala and made mincemeat of José Chamot before firing high into the net across the onrushing Carlos Roa. Well done, he’s twenty-eight.

The Three Lions would later go out on penalties – for what it’s worth, Owen converted his – but that goal endured. It frequently features at the top end of the England’s greatest goal debate, up there with Geoff Hurst, Gazza and Golden Balls himself… 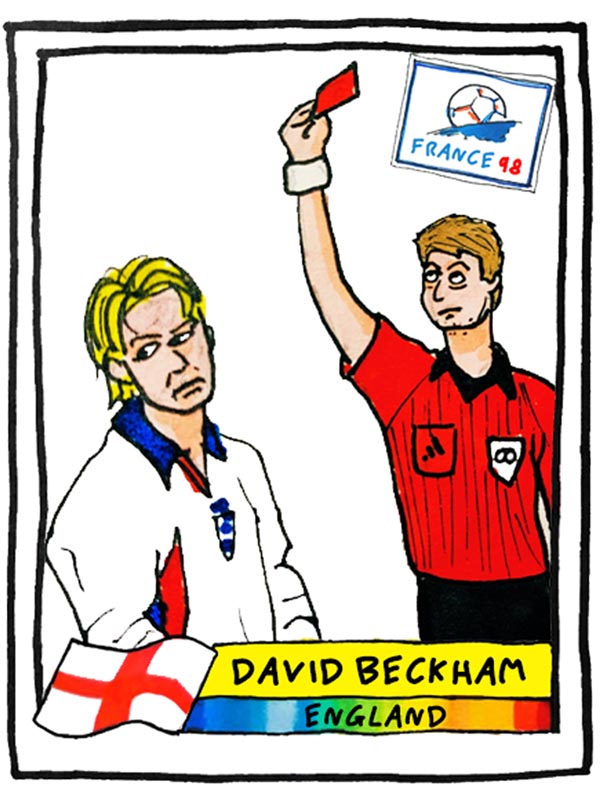 Ronaldo may have been the world’s greatest player by the time of this World Cup, but in the summer of ’98, David Beckham was well on his way to becoming the game’s poster boy. Boyish good looks, a Spice Girl wife and pioneering fashion sense would in time make Becks an all-round icon (he had a decent right peg, too).

However, he wasn’t quite the finished article at the France tournament. Dropped for the first two group games for a perceived lack of application, Beckham responded to criticism as he often did: with a spectacular 30-yard free kick, which just so happened to be his first goal in an England shirt.

Having helped the country progress to the knockouts, Beckham kept his place in the starting eleven – but would not see out the full ninety. Professional outhouse Diego Simeone charged through the back of Becks, who retaliated with an impulsive, petulant flick of the leg. Simeone’s reaction was spectacular, wildly gesticulating to referee Kim Milton Nielsen en route to the ground.

Beckham received his marching orders, England went out on spot kicks, and the United midfielder went from pin-up to Daily Mirror dartboard target. This country. 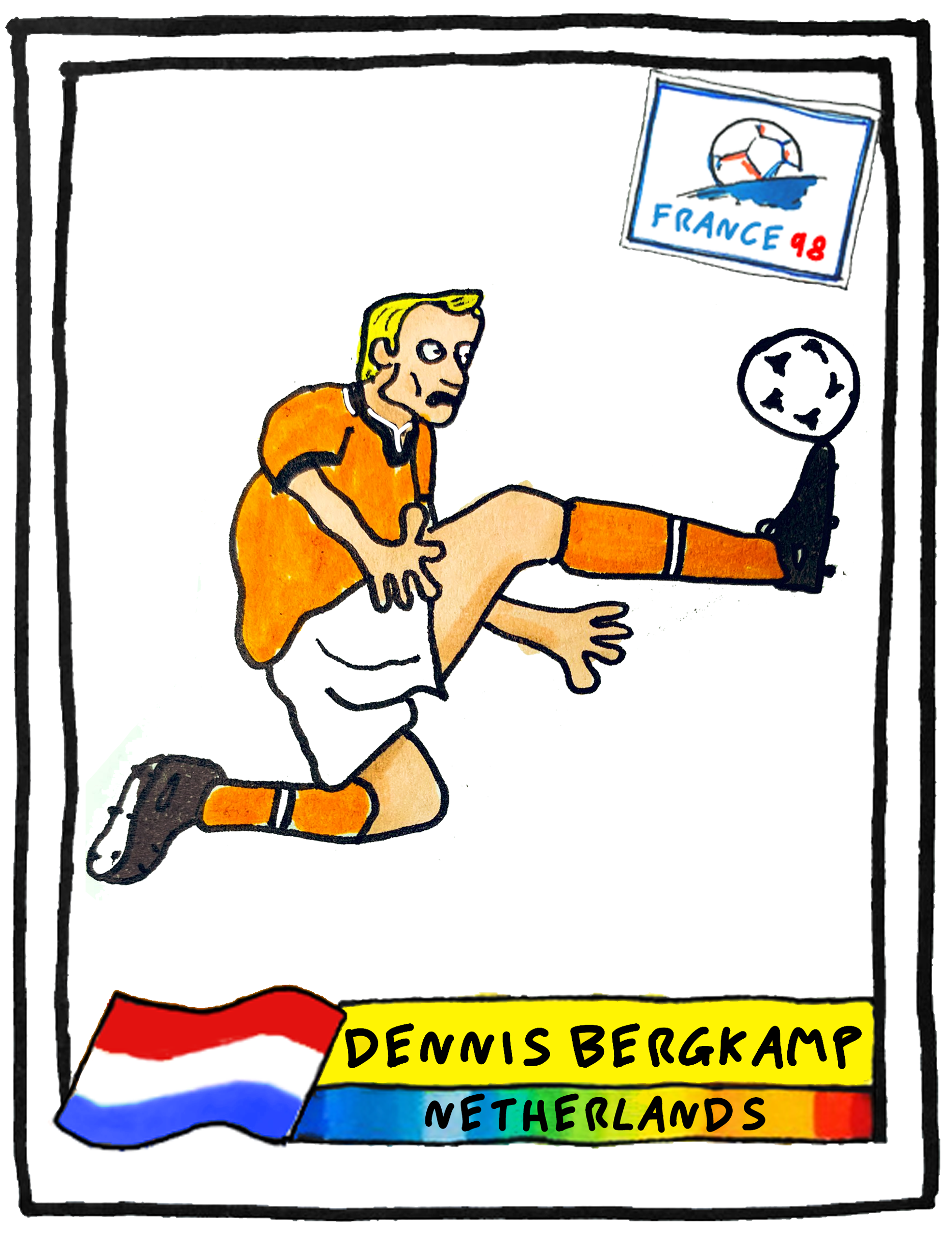 Seeing Dennis Bergkamp in full flight (not literally) was a thing of wondrous beauty. The Arsenal maestro had scored twice in the run-up to the quarter-final, but he hadn’t scored a goal quite like this.

Frank De Boer’s searching pass sailed sixty yards across to Bergkamp, who had Ayala breathing down his neck.

One touch to control it. A second rapid touch to knock it back inside Ayala. A third powerful touch with the outside of the boot to lash it past Roa into the top corner. Three perfect touches in the space of three seconds. Did we mention he did this in the final minute of the game, with the scores tied at 1-1? 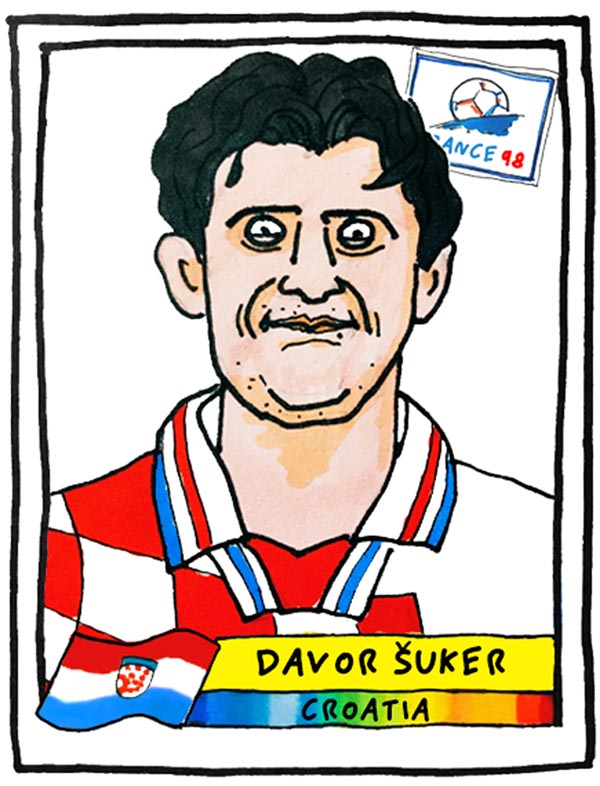 Croatia were undoubtedly the surprise package of France ’98, though the source of their firepower should not have come as a shock to anyone.

Davor Suker was a regular in the Real Madrid side of the late(r) nineties, winning La Liga and the Champions League with the Spanish behemoths. His five goals saw Croatia qualify for their first ever World Cup, and he continued that rich vein of form in the tournament proper.

Suker scored in every single game he played, bar one: the Group H defeat to Argentina. It was his spot kick that saw Croatia progress to the quarters at the expense of Romania, and his endeavour that led to the decisive dismissal of Christian Worns in the seismic win over Germany (Suker also scored the third and final goal).

His goal against France put the Croatians one half of football away from a stunning World Cup final berth, only for the host nation to rally and progress. Still, Suker’s first-time drive against the Netherlands ensured that Croatia clinched third, and Suker himself took home the Golden Boot. Not a bad debut by any account.