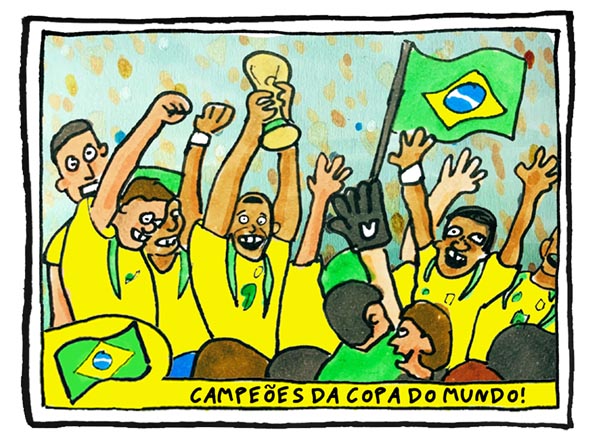 At elementary schools in Brazil, children learn all about the three Rs: Ronaldo, Rivaldo and Ronaldinho.

The outrageously talented trio combined to devastating effect in Korea-Japan. Under the watchful eye of Luiz Felipe Scolari, Brazil righted the wrongs of 1998, scoring 16 goals in their path to the final, then defeating Germany 2-0 in Yokohama.

In doing so, Brazil became the first nation to win the World Cup five times (understandably, they didn’t get to keep the trophy this time). They were also the first side since their 1970 predecessors to win every one of their games at the tournament.

Fitting, as much like the school of 1970, they have endured a two-decade drought thereafter. 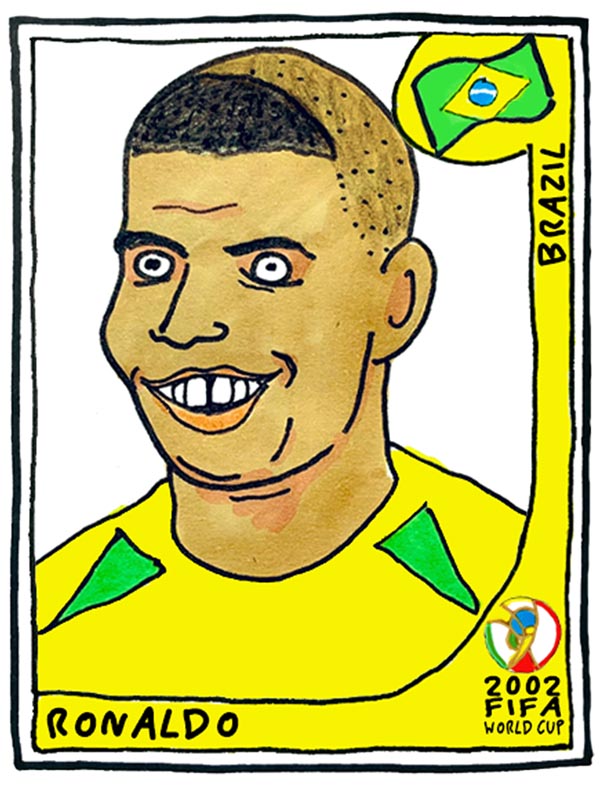 After the gut-wrenching disappointment of 1998, Ronaldo achieved redemption on the most grand of international stages.

Now at Real Madrid, the legendary striker had struggled with persistent injury, missing the entire qualification run as a result. He showed up in the Far East with a very silly haircut – in actuality a clever way to redirect press attention from his knee to his head – and the bit between his teeth.

Ronaldo scored against every team he came up against that summer – with the exception of the mighty England, of course – comfortably winning the Golden Boot. More importantly, his brace proved the difference in the final, clinching the ultimate trophy for his country. 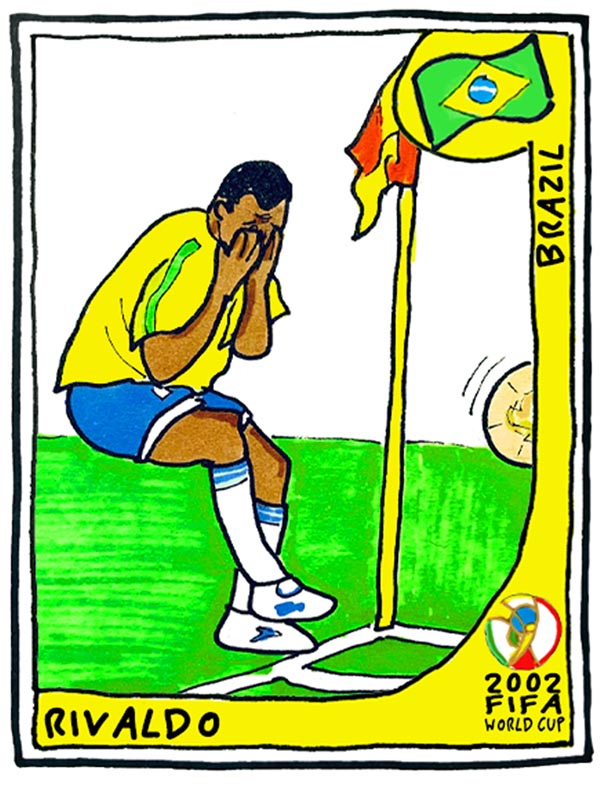 Yes, Rivaldo was excellent for most of the tournament. Yes, only Ronaldo scored more goals. And yes, he was a decisive factor in defeating both Belgium and England in the knockouts.

But that’s not all he’s remembered for, is it? Cast your mind back to the very first Group C game between Brazil and Turkey. Winning 2-1, the Brazilians win a corner kick in the dying moments, and Rivaldo waits by the flag. Hakan Unsal fires the ball in his direction, striking the Barca man in the thigh. You might think that scoring more goals than anybody else as part of a winning team would make you a shoo-in for the Golden Ball – but that’s not the case. Only Mario Kempes and Paolo Rossi won the Golden Boot, Ball and World Cup all in one go, and Ronaldo did not join the outliers at Korea-Japan.

Oliver Kahn, however, was in a category of his own. In 2002, he became the first and to date only goalkeeper to be named the best player at a World Cup. The disciplined stopper conceded just one goal en route to the final – there wasn’t much he could do about Robbie Keane’s last-gasp equaliser from five yards – before Ronaldo’s double put paid to Germany’s World Cup hopes.

Ever the perfectionist, Kahn insisted that torn finger ligaments were not to blame for the first of R9’s goals, which he attributed to a goalkeeping error, and that the awards and plaudits he received for his performances were no consolation. 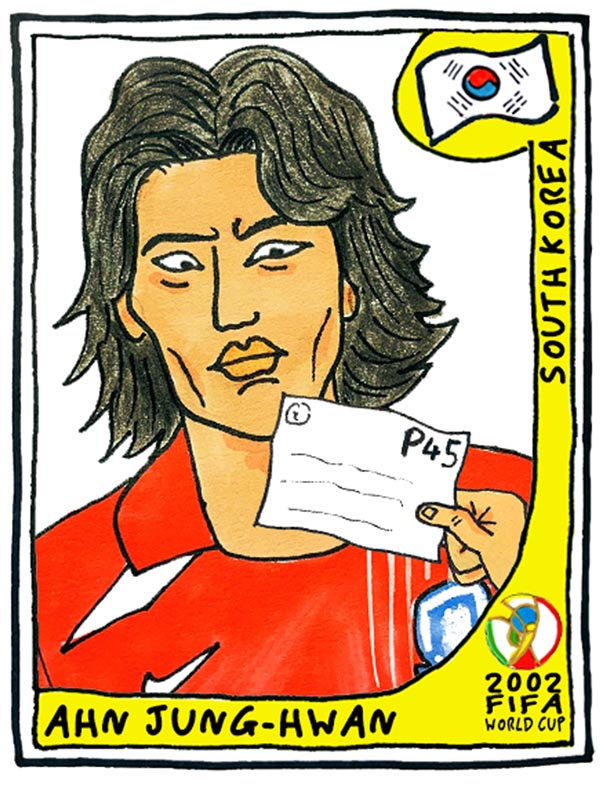 A hero in his homeland, a pariah in his country of work.

Did anyone have a more intense World Cup than Ahn Jung-hwan? The forward, on loan at Perugia, was one of just two Korean players plying their trade outside of Europe, and came up against familiar foes in the second round against Italy. In a highly controversial fixture, Ahn would miss a penalty in regular time but scored a crucial header in extra-time, taking South Korea through to the quarter-final.

This goal infuriated madcap club owner Luciano Gaucci, who cancelled his contract the following day (though in truth, his loan contract was expiring anyway) and ranted that he had “ruined Italian football”. He tried to walk back his comments soon after, even trying to buy the forward outright: unsurprisingly, Ahn declined.

The goal proved to be South Korea’s proudest moment and Perugia’s greatest shame. For a club that would later sign the son of Colonel Gaddafi, that’s really saying something. 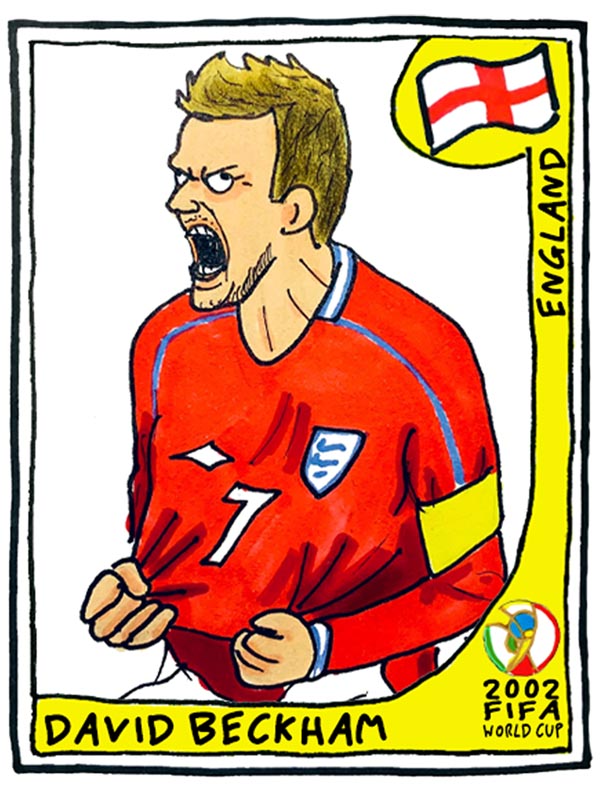 At that time, no England player had been attacked quite like Becks. Over the next four years, he gradually earned the respect of the fans, inherited the captain’s armband, and scored one of the greatest free kicks of all time to guarantee England’s place at Korea-Japan.

Beckham’s reputation was already well and truly restored by that last-gasp goal against Greece, but a symbolic shot at redemption presented itself in Group F when England were drawn against Argentina.

In an otherwise unremarkable game, Michael Owen was halted in the box by Mauricio Pochettino (yes, that one) and Beckham stepped up to take the spot kick. It wasn’t the best, hammered straight down the centre of the goal, but Pablo Cavallero was wrong-footed. Beckham almost ripped the number off his shirt in the ensuing celebrations, the ecstasy and passion pouring out of him. 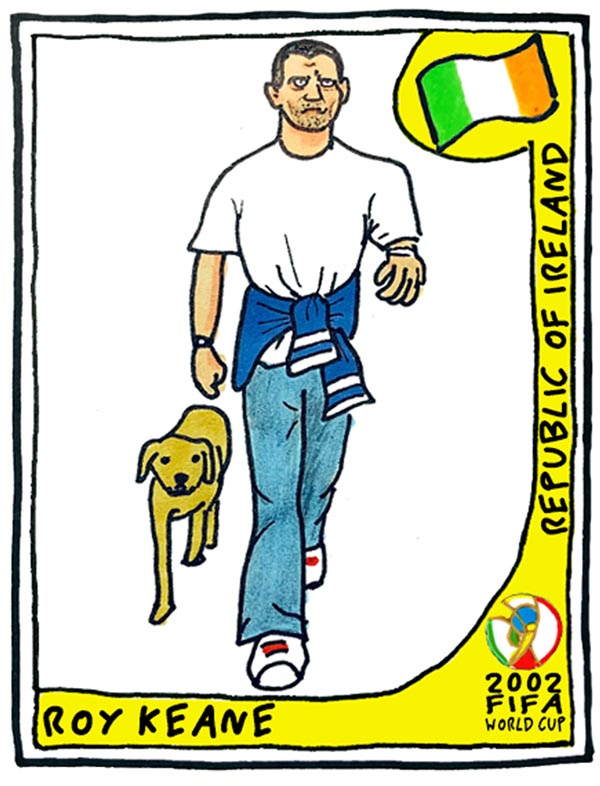 Our final player flew halfway around the world to Saipan, lost his marbles, then flew all the way back before a ball had been kicked.

Manchester United firebrand Roy Keane was, shall we say, less than impressed by the facilities at the Republic of Ireland’s training camp, and wasn’t afraid to tell Mick McCarthy what he thought. What followed was a sensational tirade towards McCarthy – in front of the entire squad.

The ensuing fallout between captain and coach was the talk of the nation, with the media and politicians all weighing in on the controversial incident. Even without their skipper, the Irish would enjoy a decent tournament, going out to Spain on penalties in the second round.

Keane, meanwhile, would spend the summer back home with his dog, and never played for his country at a major international tournament.