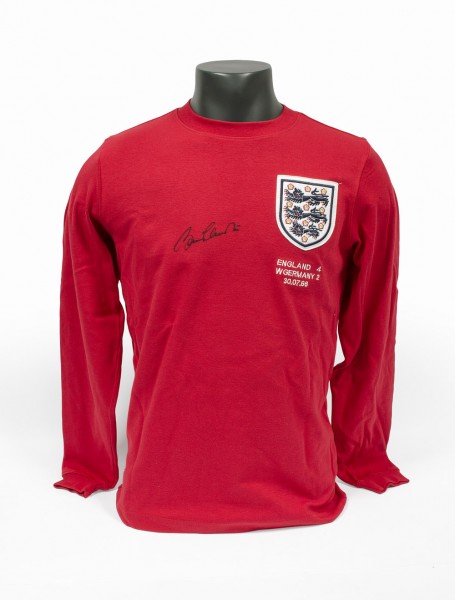 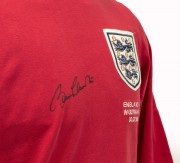 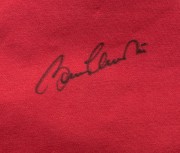 Styled to commemorate England’s World Cup Final victory, this replica shirt features the number 66 on the rear, with the date and score of the historic game on the front, below the England ‘Three Lions’ badge.

The shirt is signed on the front by Sir Bobby Charlton. One of Manchester United’s ‘Busby Babes’, Charlton is regarded as one of the greatest midfielders of all time and was a key member of the victorious England side in 1966.

Item comes with certificate of authenticity.