Please note: The museum will be opening its turnstiles again on Thursday 23 July. Find out more by clicking here. 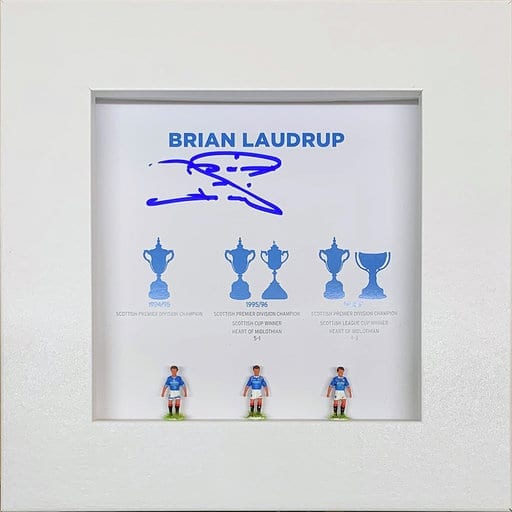 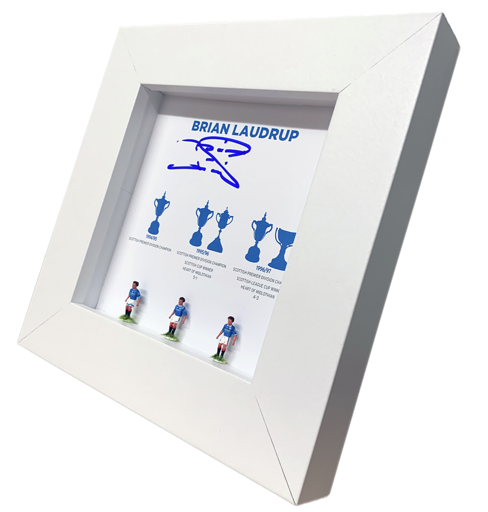 Some consider him the greatest talent to have played for Rangers. Astonishing close control, vision and pinpoint accuracy meant that Laudrup took Rangers to another level. He could score with either foot and it was his header that clinched 9 in a row. A true genius with a football.
He was the complete master, terrifying defences any time he was near the ball. Opponents had no answer to his skills.His close control was extraordinary. The ball just obeyed his wishes. And because he had such electrifying acceleration, he could tear through midfield, release a pass and have time to reach an entirely different area of the pitch to be in for the kill.
Laudrup had been a true club man at Rangers in an age when many question the loyalty of superstars. He scored 45 goals in his 151 appearances for Rangers, winning three Championships, a Scottish Cup and a League Cup. In his four seasons at Ibrox, Laudrup had given a sublime demonstration of a true genius at the peak of his powers. He had been one of the most gifted and talented entertainers in the club’s history and few players have brought so much joy to Rangers’ supporters in such a short period of time.

This is a framed 150x150mm Subbuteo display with each figure individually hand painted and hand signed by Rangers Legend Brian Laudrup at a signing session carried out and attended by Allstarsignings, 14th December 2019.