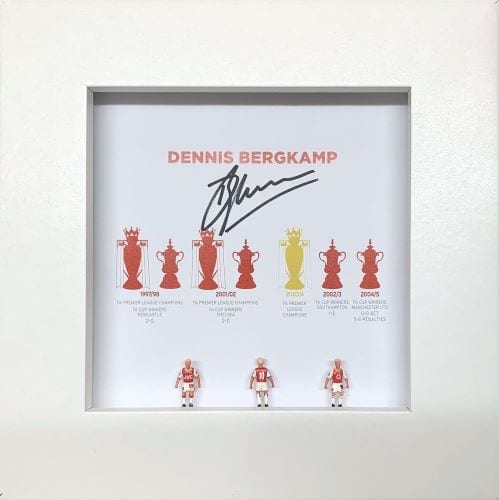 He joined Arsenal in 1995, helping the club to win three Premier League titles, four FA Cup trophies and reach the 2006 UEFA Champions League Final, which marked his last appearance as a player. The vision, the creativity he brought with him onto Highbury’s hallowed pitch has been sorely missed. He is by far, one of the greatest EVER players to play for Arsenal, and one of the greatest EVER to play our beautiful game.

This is a framed 150x150mm Subbuteo display with each figure individually hand painted and hand signed by Gunners Legend Dennis Bergkamp at a signing session carried out and attended by Allstarsignings in Amsterdam on 6th September, 2019.