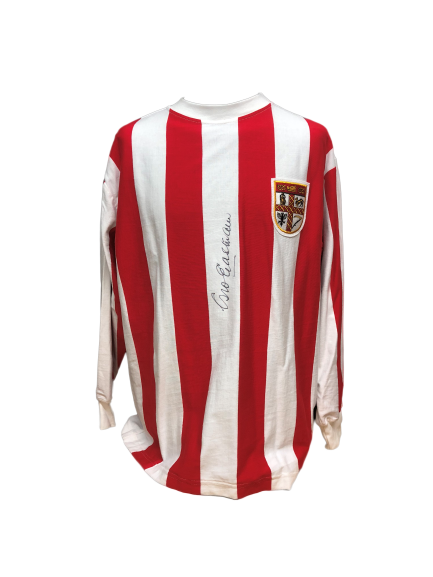 Eastham was purchased by Stoke City manager, Tony Waddington, for a fee of £35,000, prior to the start of the 1966–67 season. Eastham spent the next eight seasons at Stoke City, during which the club maintained their status in the First Division. He played in a side which combined home grown talent and experience. Stoke won the League Cup in 1971-72, with Eastham scoring the winning goal in the final against Chelsea.

Here in is an official replica 1970s Stoke City shirt, signed by Legend George Eastham.
The shirt was personally signed at signing session carried out and attended by Allstarsignings 20th November 2010, in Birmingham.