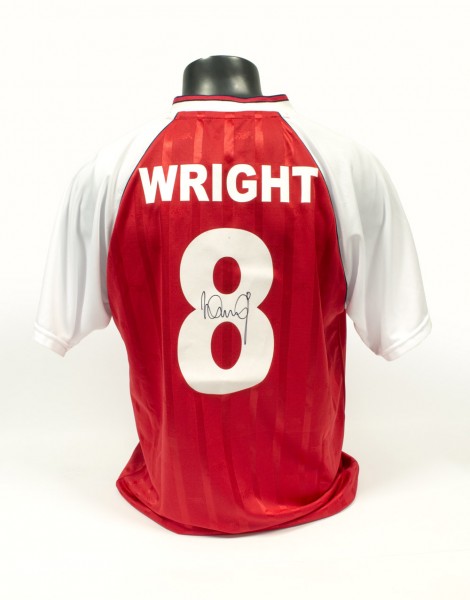 This is an official replica Arsenal retro shirt signed by Ian Wright. A larger than life character both on and off the pitch, Ian Wright was a star for Arsenal and the England national team.  Ian Wright scored a total of 185 goals for Arsenal in 279 starts and 9 substitute appearances.  His final goal at Highbury came on 4 October 1997 against Barnsley and was his 300th career goal for both Crystal Palace and Arsenal.  He scored his final goal for Arsenal on 6 January 1998 in a League Cup quarter-final victory against West Ham United.

This signed shirt comes with a certificate of authenticity.