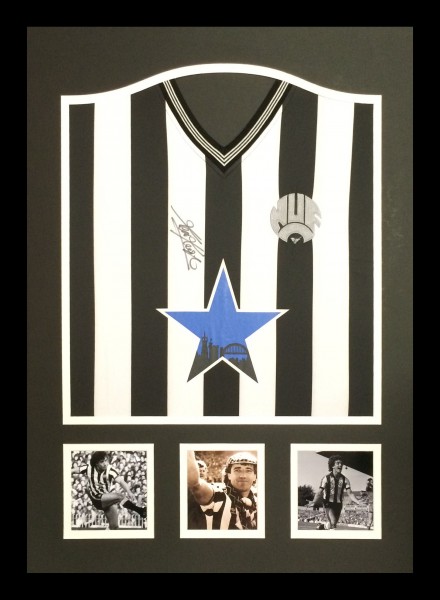 Keegan joined Newcastle United and spent two seasons there, during which time he was extremely popular with the supporters. He played 78 times, scored 48 goals and helped them to promotion from the Second Division in 1984, within a team which also contained Peter Beardsley, Chris Waddle and Terry McDermott. His contribution to Newcastle’s promotion, which ended their six-year absence from the First Division, earned him hero status on Tyneside.

This is a Newcastle 1984 official replica shirt, signed by legend, Kevin Keegan.

The shirt was personally signed by Kevin, 12th March 2015 in a signing session carried out and attended by Allstarsignings.