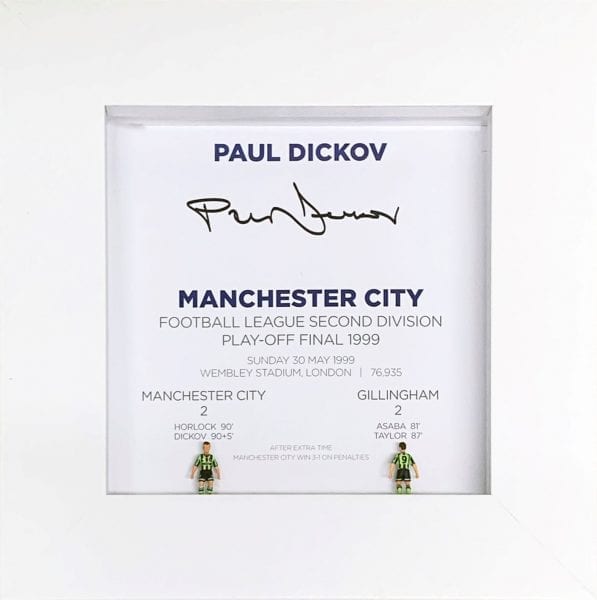 Manchester City played Gillingham on the 30th May 1999 in the Division Two play-off final. The match was to become the stepping stone to City’s later success. The game remained goalless until nine minutes before the end, when Gillingham took the lead and they quickly made it two with a goal from Robert Taylor. Surely City were heading for defeat? But as injury time approached, City got a goal back, from midfielder Kevin Horlock. Then deep into added time, the miracle happened. The ball fell to Paul Dickov and he smashed it into the roof of the net. 2-2 and the game headed for extra time. The next thirty minutes produced few chances and no goals and so the game would be decided by penalties. Nicky Weaver, saved his third and decisive penalty to put City through. From being two goals behind with less than five minutes to play, Man City had turned it around to win the play-off final. Without this victory, City would probably not be Champions today, and they may not even be in the Premier League. Not only that, it left us fans with an incredible memory. That is why the team of ’99 are still City legends.

This is a framed 150x150mm Subbuteo display with each figure individually hand painted and hand signed by Manchester City Legend Paul Dickov at a signing session carried out and attended by Allstarsignings, 17th July 2020.