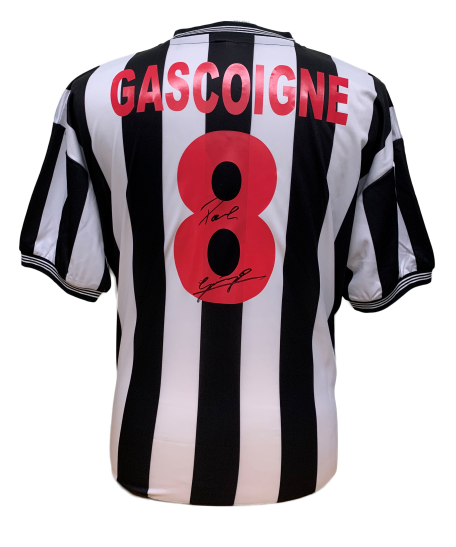 Gascoigne captained Newcastle United’s youth team to the FA Youth Cup in the 1984–85 season, and scored twice in the 4–1 victory over Watford in the final at Vicarage Road. Manager Jack Charlton handed Gascoigne his first team debut as a substitute for George Reilly in a 1–0 win over Queens Park Rangers on 13 April 1985 at St James’ Park. He scored his first goal at home to Oxford United in a 3–0 victory on 21 September 1985, and claimed a further eight goals in the 1985–86 campaign. He scored five goals in 24 league games in the 1986–87 season and continued to impress in the 1987–88 season, and in a 0–0 draw with Wimbledon at Plough Lane hard-man Vinnie Jones singled him out for attention, and in an incident that would become a much-publicised photograph Jones grabbed him by the genitals as Gascoigne screamed in agony. He was named as the PFA Young Player of the Year and listed on the PFA Team of the Year.