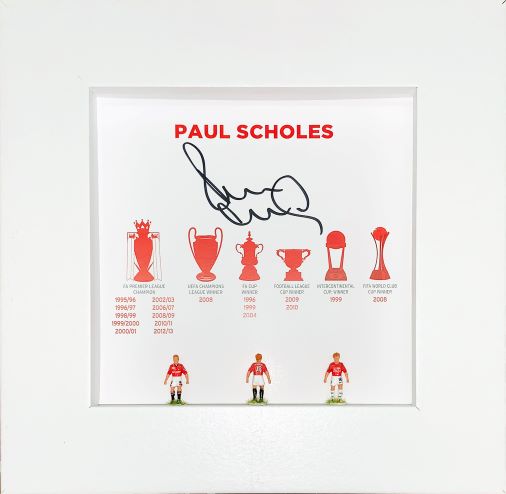 He first trained with Manchester United at the age of 14 after being spotted by a scout visiting his school, signing for them as an apprentice on leaving school in 1991, and turning professional in 1993. He made his full debut for United in the 1994–95 season. Regarded as one of the best midfielders of his generation, Scholes made 718 appearances for United, the third-highest number of appearances by any player for the club.

This is a 150mm x 150mm Subbuteo display, with each figure individually hand painted and hand signed by United Legend Paul Scholes in a signing session carried out and attended by Allstarsignings in Manchester on 6th December, 2019.