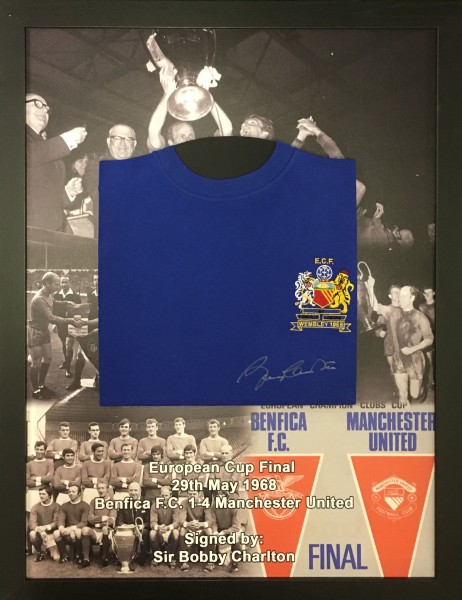 Bobby Charlton – English former football player, regarded as one of the greatest midfielders of all time, and an essential member of the England team who won the World Cup in 1966, the year he also won the Ballon d’Or that year.

17 years service, 249 goals, 758 appearances… Bobby Charlton. A survivor of the Munich air disaster, Bobby Charlton epitomises a hero on and off the pitch. Part of the famous trinity, Charlton became one of England’s and United’s most decorated  players and a legend of the game.

In 1968, he captained the Manchester United team that won the European Cup, scoring two goals in the final to help his team be the first English side to win the competition

The item comes with an Allstarsignings certificate of authenticity.