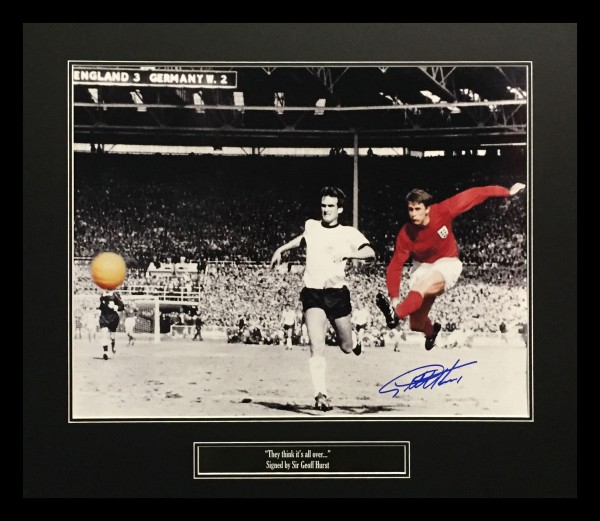 “They think it’s all over…it is now!”

A Geoff Hurst hat-trick helped England to win the World Cup for the only time in their history, beating West Germany 4-2 in an exciting final after extra-time. The England striker remains the only man to have scored three goals in a World Cup final.

This is an iconic 16×20 inch photo of Sir Geoff Hurst scoring his third goal and England’s fourth in the 1966 World Cup Final. Signed at our recent private signing 26th September 2015.