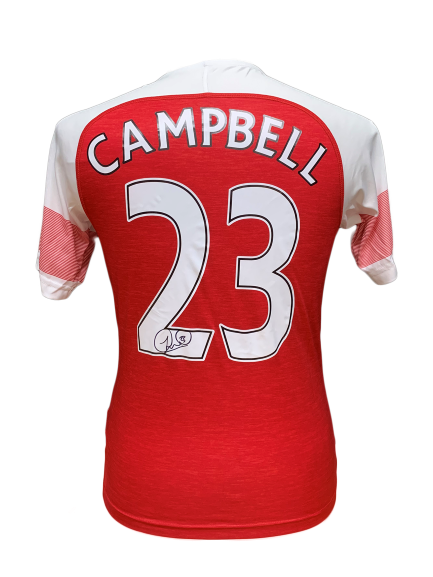 In his five years and 195 appearances at Arsenal, he won two Premier League winners medals and two FA Cup winners medals, encompassing the 2001–02 league and FA Cup double, and being part of the team that became known as The Invincibles for their undefeated 2003–04 Premier League campaign.

This is an official Arsenal 2018/19 shirt personally signed by Sol Campbell at a signing session carried out and attended by Allstarsignings 23rd July 2020
The item comes with an Allstarsignings certificate of authenticity which will have photographic proof inserted into it and our tamper-proof hologram.