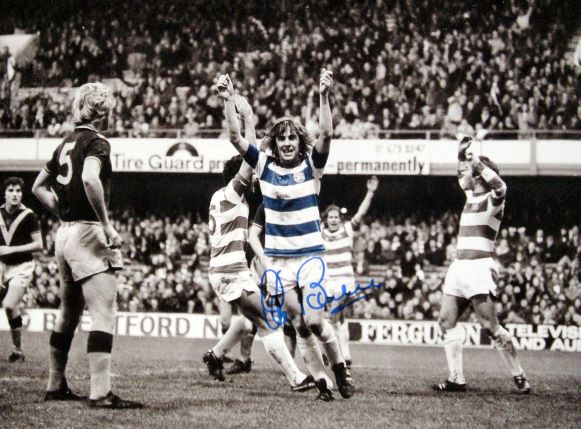 Bowles spent just over seven years at QPR, playing a central role in arguably the club’s greatest ever team, that which finished as league runners-up in 1975–76 under Dave Sexton. A 2004 fans poll saw him voted the club’s all-time greatest player.

Here is a 16×12 photo of Stan in action for QPR.
The photo was personally signed in London, 2nd April, 2009, at a signing session carried out and attended by Allstarsignings.
The item comes with an Allstarsignings certificate of authenticity which will have photographic proof inserted into it and our tamper-proof hologram.