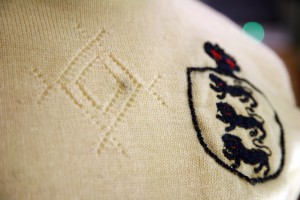 The National Football Museum holds the finest and most significant football collection in the world. We are committed to researching our collection and related subjects to explain how and why football has become the most popular sport in the world. This is mainly achieved through a partnership with the University of Central Lancashire that established the International Football Institute in 2003.

We work closely with a committed group of Academic Supporters from all over the world and in partnership on research projects with the International Centre for Sport History and Culture at De Montfort University, Leicester.

The Collections & Research Centre, at Deepdale, Preston, houses the National Football Museum’s archive and we welcome all research visitors, both academic and non-academic. The Centre is open on Tuesdays, occasionally on other days, and appointments can be made by contacting one of the Collections team by email (collections@nationalfootballmuseum.com) or by telephoning the museum. A summary list of the main archives held by the museum is below but this is by no means exhaustive.

Please note: There is a £5 charge for the use of digital photography for research purposes.

• Gate books 1925-26 to 1990-91. Records the official attendance plus percentages to the government and FL, and policing costs in later years

12. Books
Library of over 2000 books on football including early books such as Famous footballers of 1895, The Book of Football 1908, autobiographies, club histories….etc

13. Programmes
• Examples of post war programmes for most football clubs
• Bound reproduction copies of the programme “The Chelsea Chronicle”, 1906 to 1915

14. “Kicking & Screaming” archive
DVD copies of over 200 hours of interviews with players and fans, produced by the BBC in 1994 as a unique oral history of the game.