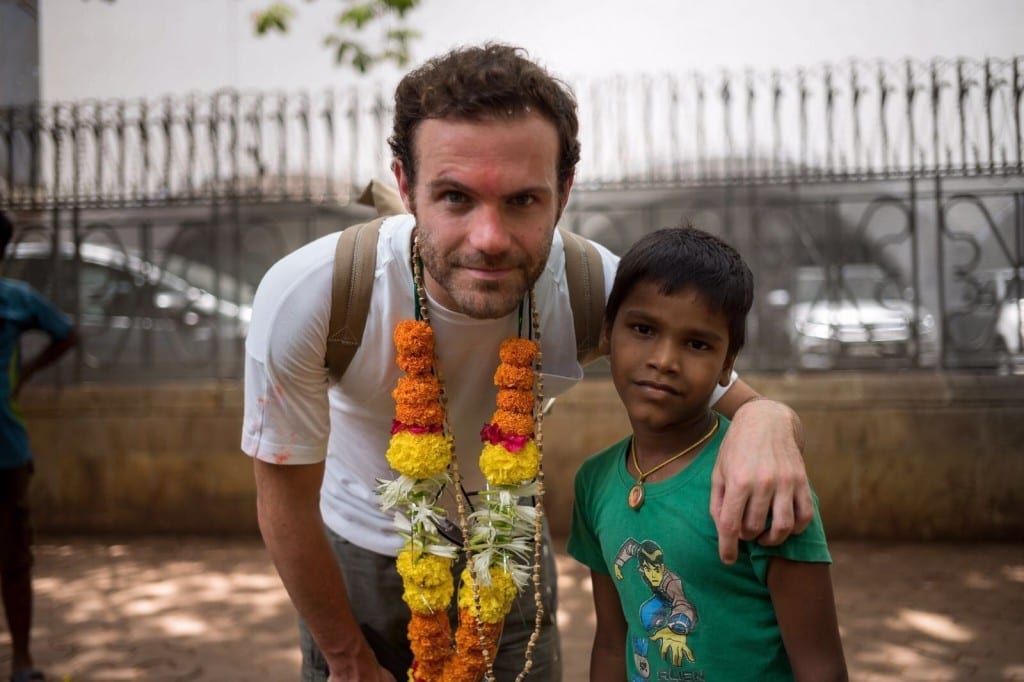 Common Goal is uniting the world of footballers behind a shared commitment to give something back.

The project's vision is to harness the power of football, making a positive impact on the lives of people on a global scale.

The idea is simple. Players pledge a minimum of 1% of their wages to a collective fund, which is then allocated to various football charities across the world. This fund allocate this fund to football charities that make a difference worldwide.

The Common Goal exhibition features a selection of photographs of co-founder Juan Mata's visit to Mumbai, where deprived communities will benefit from the work undertaken by the project.

Players such as Mats Hummels, Giorgio Chiellini, Serge Gnabry, Dennis Aogo, Alex Morgan and Megan Rapinoe have pledged their support to the cause. You can also find out how to show your support Common Goal via a video wall and various graphic panels within the National Football Museum's Hall of Fame area.

You can own one of Juan Mata's fantastic photographs as part of Common Goal's silent auction. Submit your bid by emailing exhibitions@common-goal.org.

Find out more about Common Goal via their website.