Create the Space: 100 Years On In Women’s Football Calendar 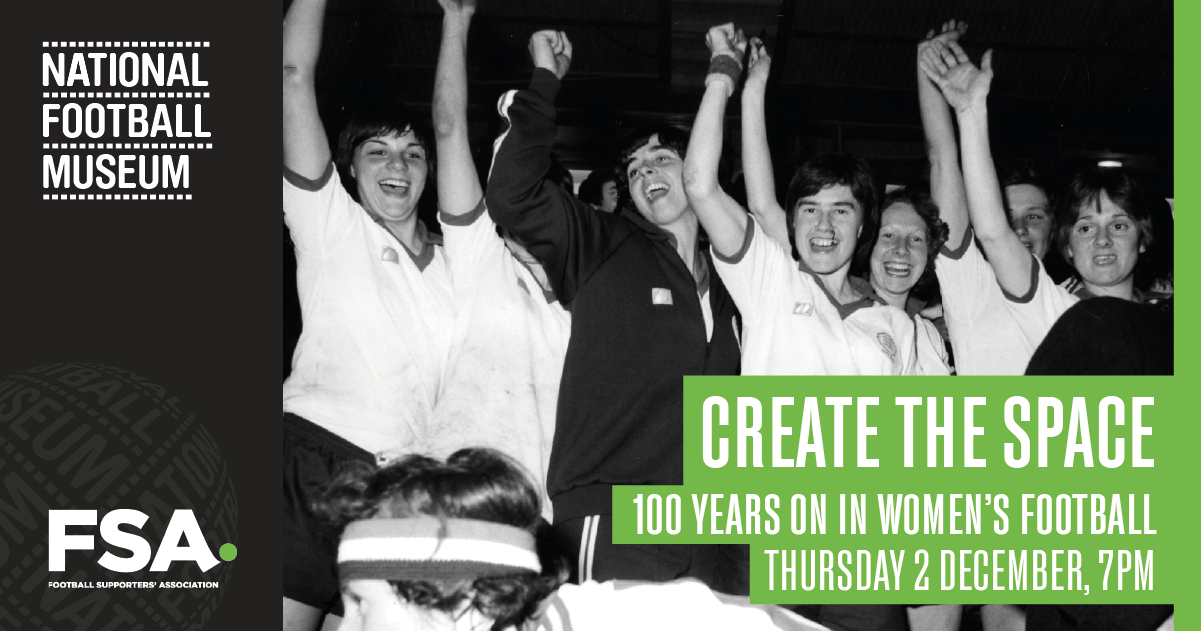 This December is an historic month in the women’s game, marking 100 years since the FA banned women’s football from its clubs’ stadiums in 1921.

Both the National Football Museum and the Football Supporters Association are marking the occasion with a series of stories and events in the coming months, including this one-off panel discussion featuring a range of vital voices to discuss the impact of the ban; both at the time and its repercussions today.

Sign up and be part of the free discussion on Crowdcast, and receive updates ahead of the event: crowdcast.io/e/100yearson