From Touchlines to Trenches Calendar 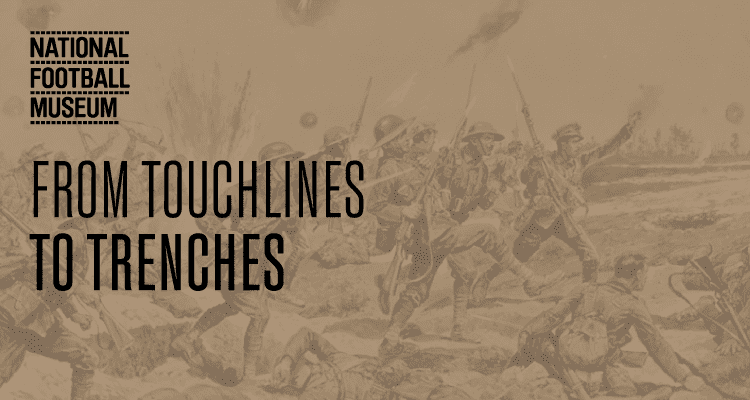 On Saturday 9 November, the National Football Museum is proud to be offering free admission for members of HM's Armed Forces with Tickets For Troops, as well as staging events and activities that honour the connection between the military and the beautiful game.

Between 10:30am and 12:30pm, younger visitors can make their very own Trench Football games, modelled on the toys used over a century ago during the First World War era. Build the game using our unique templates, add your own obstacles using our craft supplies, and try and get the ball in the back of the net!

Learn more about the fascinating life and career of Northampton Town player Walter Tull, the first soldier of mixed-race heritage to serve as an officer in the British Army, in our From Where I'm Sitting talk (12:45 - 1:30pm). Hear about the ex-Tottenham Hotspur forward's playing days, his service throughout the First World War and the legacy he left behind.

We will also be joined by teammates from Imperial War Museum North, who will be delivering one of their insightful We Were There sessions at the museum. Veterans of the Second World War will be on hand to share their incredible stories, as well as shedding light on the role that sport played before, during and after the conflict.