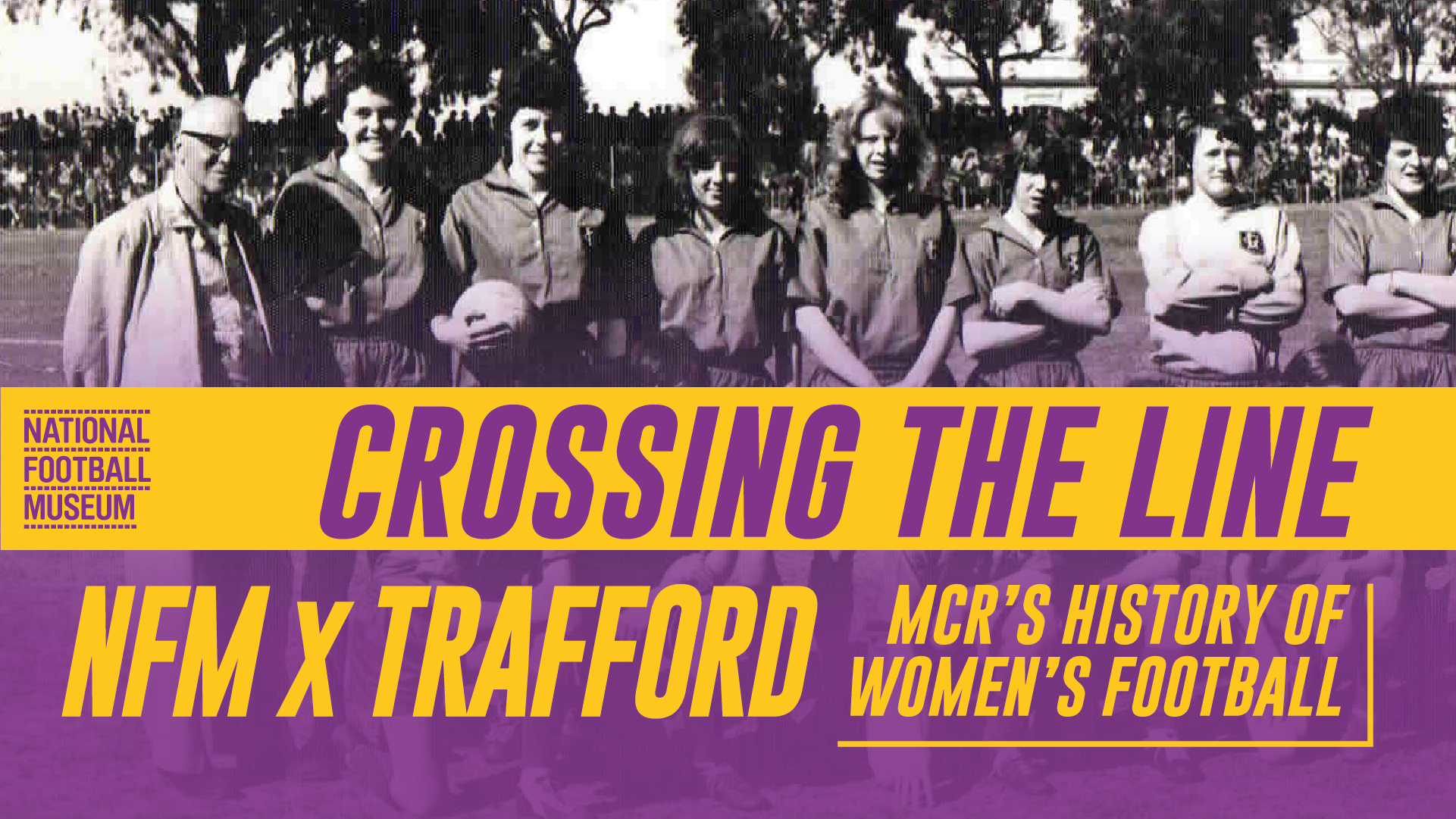 The event kicks off with a first half during which Gary outlines the history of women's football locally with stories of games played in Trafford in the 1890s; the sport's growth in the early twentieth century; the 1921 FA ban and its local impact; the pioneering teams and individuals of the interwar and post war years; then the game's rise and development throughout to the modern day.

The day is split into two halves, with Dr James hosting a presentation in the first, before chairing a discussion with former players from the pioneering Manchester Corinthians, Manchester City and the original Manchester United women's teams.

Their experiences and enthusiasm for the sport provide a valuable insight into over sixty years of football history. Trafford and Manchester have a proud history of women's football and this event will explain how the women ensured the game developed despite a near fifty-year ban and other obstacles placed in their way.

Jan Lyons - A member of the Corinthians side that shocked Juventus in the final of the Reims tournament in France, Jan's performance would ultimately help her secure a move to the Old Lady in 1973.

Lesley Wright - Lesley joined Manchester Corinthians in the early 1970s, participating in their tours and in league competition. She became a regular for the club and remained with them for almost two decades, before joining Manchester City in 1988. She has fulfilled a variety of coaching roles at Manchester City and Stockport County.

Jane Morley - Jane joined the original Manchester United women’s team in the late 1970s, staying with them for six successful years, before forming FC Redstar with some of her United teammates. She has also coached and managed at various levels with Manchester City Ladies for a number of years, and is currently secretary of Stockport County’s women’s side.

With particular emphasis on games and teams from Trafford and Manchester, this promises to be an entertaining talk.

With particular emphasis on games and teams from Trafford and Manchester, this promises to be an entertaining talk.