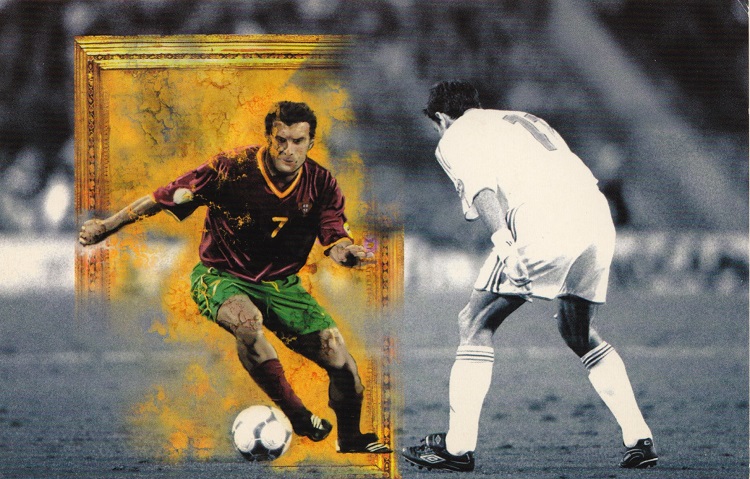 Portugal’s superstar, Figo, features in Martin Pick’s original BBC interstitial for the European Football Championships in 2004. It became to signature image for the exhibition.

The Beautiful Frame: Animation & Sport is an exhibition of over 200 films, objects and artwork, showcasing how various forms of animation have depicted and re-imagined the sports we know and love.

Curated by Professor Paul Wells, Director of the Animation Academy, Loughborough University, the exhibition features a global roster of sportsmen and women - real and fictional - and sporting action played out through the imagination of some of animation’s greatest artists and studios. 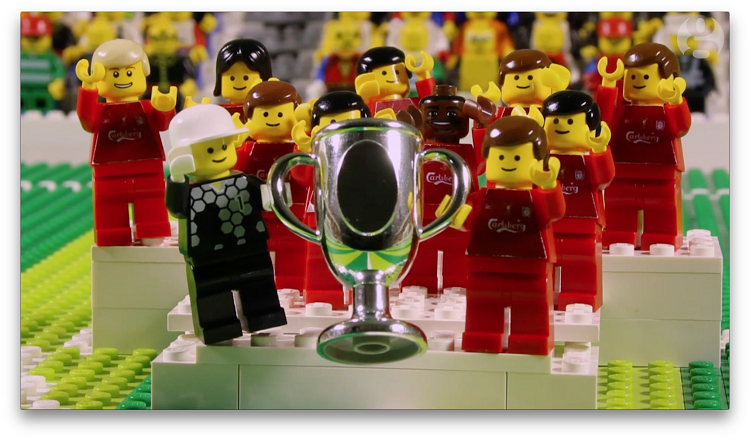 The exhibition looks at the fans, the history and politics behind each sport – not least the beautiful game - and aesthetic pleasures played out in animation’s depiction and interpretation of sport.

More than that, both animation and sport share dynamic action and exacting preparation and design. Both are characterised by some of the most exciting choreography and motion imaginable.

You can see The Beautiful Frame: Animation & Sport on Level 1 until February 2018.