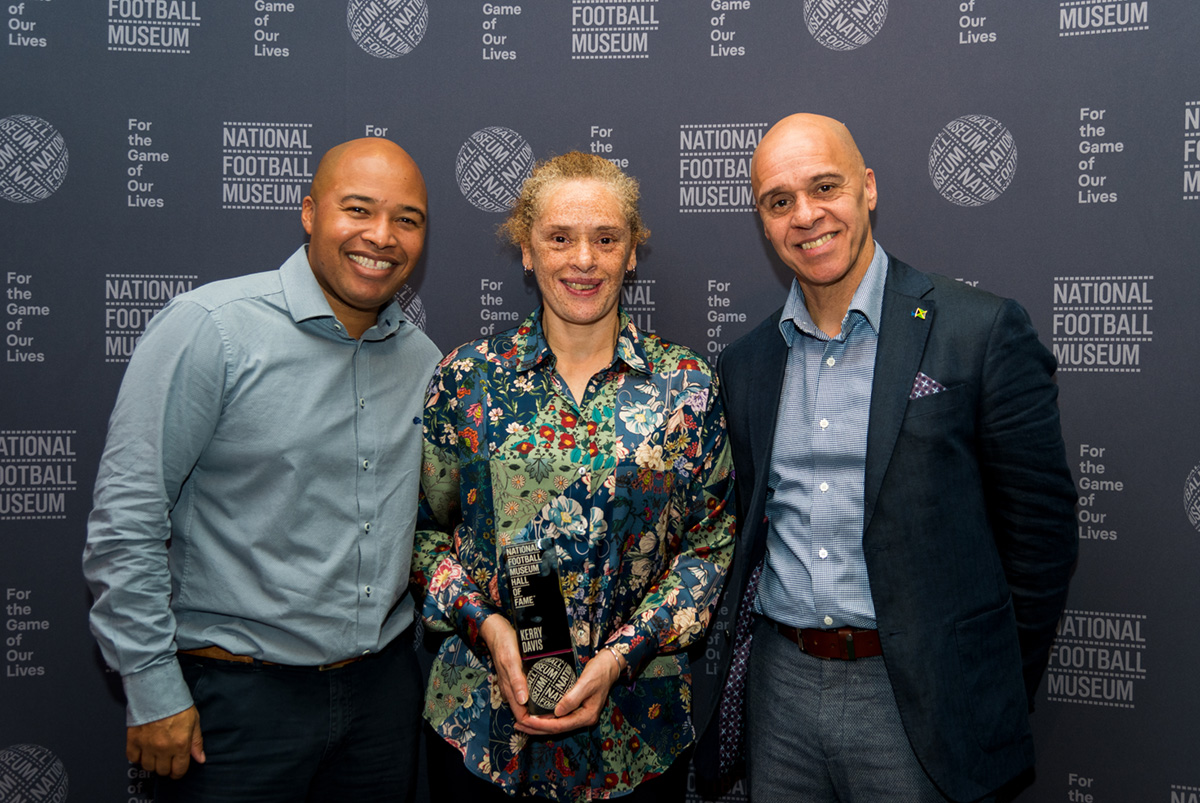 Kerry Davis, England’s first ever Black player to play for the Lionesses, has been inducted into the National Football Museum's Hall of Fame.

Kerry was inducted in the Hall of Fame during the final day of the Football Writing Festival which has been hosted by the museum once more. Kerry was part of the panel talk ‘Legacy of the Lionesses’ alongside author Carrie Dunn, journalist Miriam Walker-Khan and host Harriet Muckle.

Judges voted unanimously to induct Kerry in recognition of her ground-breaking football career, and pioneering successes as the first female black professional footballer to play for England, laying foundations for the ethnically diverse sporting community of the future.

During her 16-year international career, Davis represented the England women's national football team in the inaugural 1984 UEFA Championships final and at England's first FIFA Women's World Cup appearance in 1995. She also helped England win the Mundialito tournament in Italy and scored for her country at Wembley Stadium. In total, the ex-forward won 82 caps and scored an impressive 44 goals for England.

"As the museum researched the stories around the women’s game for our exhibitions and programmes, more and more legends have come to the fore. We are delighted now to induct Kerry into the Hall of Fame; she is truly a pioneer and now takes her rightful place amongst the greats of both the women’s and the men’s game.”

At club level her journey began in Stoke on-Trent as a 23-Year-old student playing for Crewe Alexandra Ladies, when Italian club Roi Lazio signed her in November 1985.  She spent four years playing semi–professionally in Italy, one year at the Stadio Flaminio with Roi Lazio, two years with Trani and one with Napoli.

Davis eventually returned to Crewe Alexandra Ladies, but by April 1994 was playing for Knowsley United Women in the FA Women's Cup final. Knowsley became Liverpool Ladies that summer and Davis left for Croydon Women in December 1994.

For more information go to https://www.nationalfootballmuseum.com/