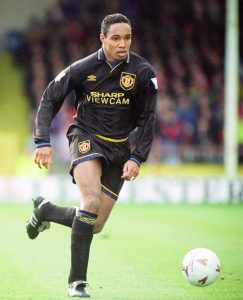 Paul Ince in action for Manchester United during their 1993-94 Double-winning season. Image: Mirrorpix

An all-action leader in the middle of the park, Paul Ince was one of the greatest box-to-box midfielders of a generation, not to mention the first ever black player to captain the England men’s national side.

Born and raised in East London, a young Ince was, naturally, a West Ham United supporter. He was snapped up by his boyhood club at the age of fourteen, having been spotted two years earlier by then-manager John Lyall. Eventually graduating to a YTS trainee helped Ince put his troubled childhood behind him; within two years of signing amateur terms, he was featuring for the Hammers in First Division fixtures. He made his debut off the bench against Newcastle United in 1986, and scored on his full debut against Southampton just a fortnight later.

Ince’s hard running, precise passing and strong tackling ability made him a spiritual successor to Billy Bonds, and it wasn’t long before the youngster was stepping into the retiring legend’s boots.

Despite West Ham slipping perilously down the table, Ince shone at Upton Park, a standout figure in the side that suffered relegation in 1988-89. His mentor Lyall was dismissed after fifteen years at the helm, and the Hammers’ Player of the Year shortly followed, with Manchester United paying £1m for his services. The departure was considered acrimonious by West Ham fans, in no small part due to the leaking of photographs of Ince in a United shirt before the deal was completed.

Prior to Ince’s arrival, United had gone four years without a trophy and 22 years without a top-flight title, and the position of Sir Alex Ferguson was considered tenuous. Ince was thrown straight into the first team, featuring 36 times in his debut year at Old Trafford, and played every minute of that year’s FA Cup Final and the ensuing replay, which United won 1-0. Thereafter, he was a cornerstone of the club’s early nineties success.

With Bryan Robson’s playing career winding down, Ince was the new driving force in midfield. He lined up alongside Robson during United’s European Cup Winners’ Cup triumph over Barcelona in 1991, and partnered Mike Phelan one year later in the League Cup win over Nottingham Forest, winning the battle in the middle of the pitch against future teammate, and eventual successor, Roy Keane.

Ince was almost ever-present during the first Premier League campaign, missing just one league game as the Red Devils cruised to the inaugural title. More silverware was to come Ince’s way the following season, as Manchester United completed a momentous league and cup Double. Ince enjoyed his best campaign in front of goal to date, netting nine times, as well as setting up Brian McClair in the 4-0 drubbing of Chelsea in the 1994 FA Cup Final. 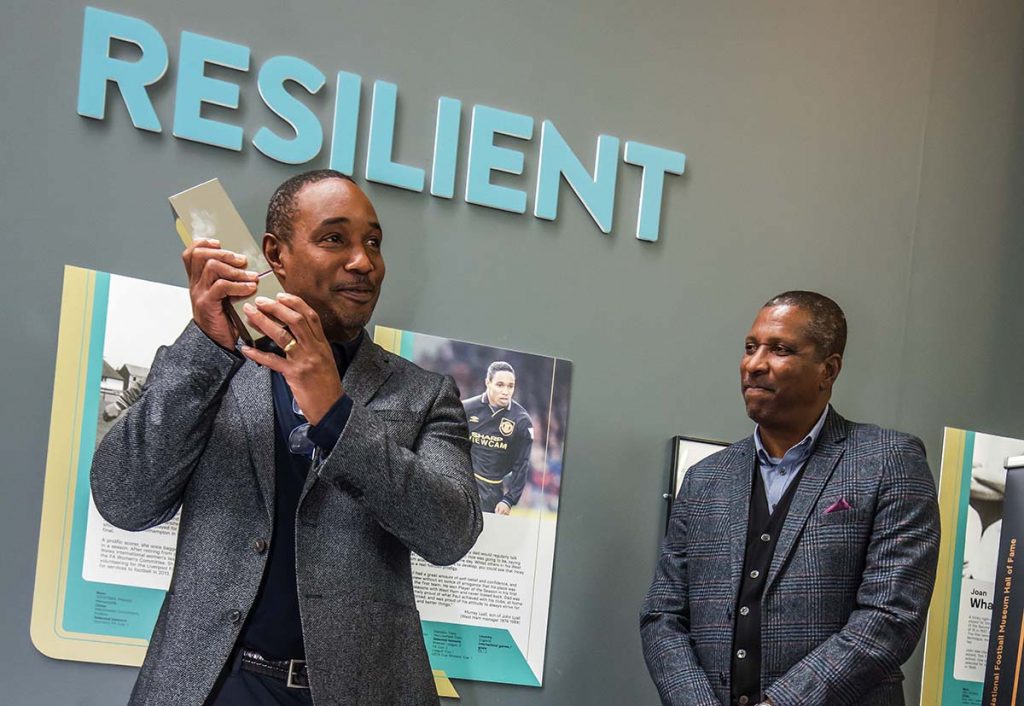 By this point, the midfielder was also an established figure within the England setup. He had made his debut at the age of 24, featuring in a 1-0 defeat to Spain. He was given the armband in just his seventh appearance for the Three Lions, deputising in place of David Platt and Tony Adams against the United States. He would captain the national side another six times during his career.

Domestically, the success of ’93-‘94 was not replicated the following year, and Ferguson opted to move Ince on, placing faith in the latest crop of youngsters coming through at Carrington. The 27-year-old was sold to Inter Milan in the summer of 1995 for the princely sum of £7.5m. During his two-year spell at the San Siro, Ince left the fans in no doubt as to his quality and work rate, earning a place in the hearts of the Nerazzurri faithful before returning to these shores with United’s arch-rivals Liverpool.

The 28-year-old was the only overseas player in Terry Venables’ England squad for Euro ’96. He duly featured in every game bar one, suspended for the quarter-final tie against Spain. He remained a firm fixture on the teamsheet under Glenn Hoddle, putting in one of his greatest international performances in the run-up to the 1998 World Cup. England needed to avoid defeat to Italy in Rome in order to secure their place in France; Ince, skipper for the evening, put in a typically workmanlike performance in the heart of midfield. England held the Italians to a goalless draw, and photographs of a bloodied, bandaged and beaming Ince came to define the qualification campaign. 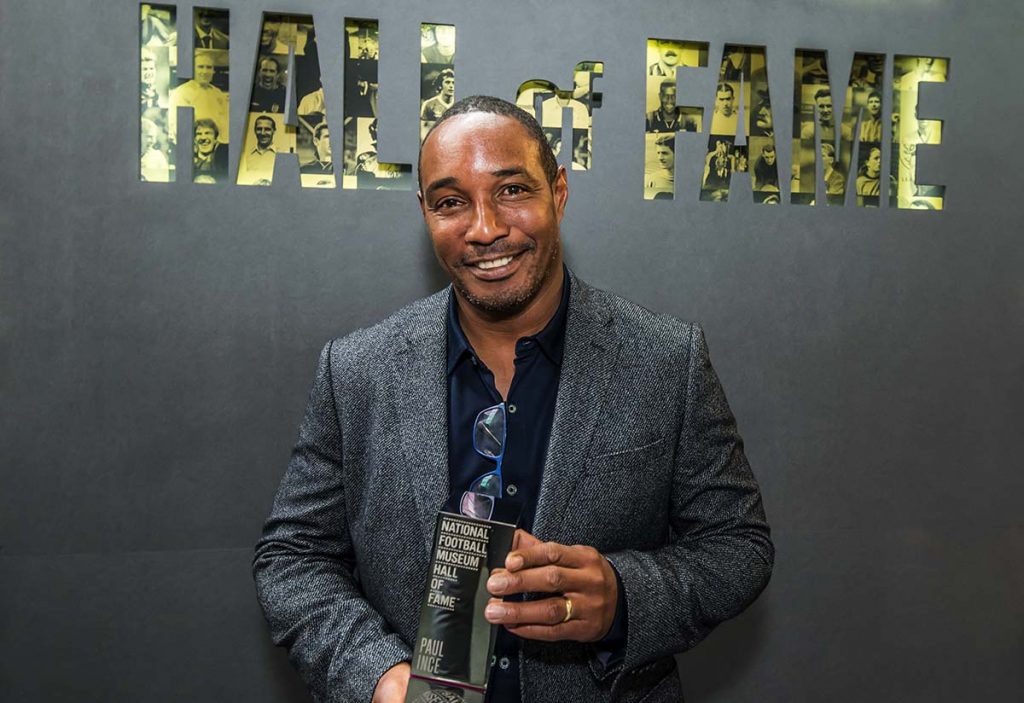 The seasoned midfielder did not enjoy success by way of trophies or medals thereafter – Liverpool did not clinch any silverware during his two-season stint, and England were knocked out of the World Cup on penalties in the Second Round, with Ince himself missing one of the spot kicks. However, he was received well at Anfield – remarkable, considering his previous long-standing affiliation with United – and continued to receive international caps, calling time on his England career after their exit from Euro 2000.

Heading into his thirties, Ince served Middlesbrough with distinction for three seasons under former teammate Bryan Robson, before linking up with Wolverhampton Wanderers. He led Wolves into the Premier League for the first time in their history, and stayed with them for two years after their relegation in 2004.

An energetic, technically gifted player with a penchant for big tackles and lung-bursting runs, Paul Ince was one of standout stars of the early Premier League era. It has been 28 years since Ince became the first black player to pull on the England skipper’s armband; since then, seven more have led out the national side, following in the footsteps of a midfield great.