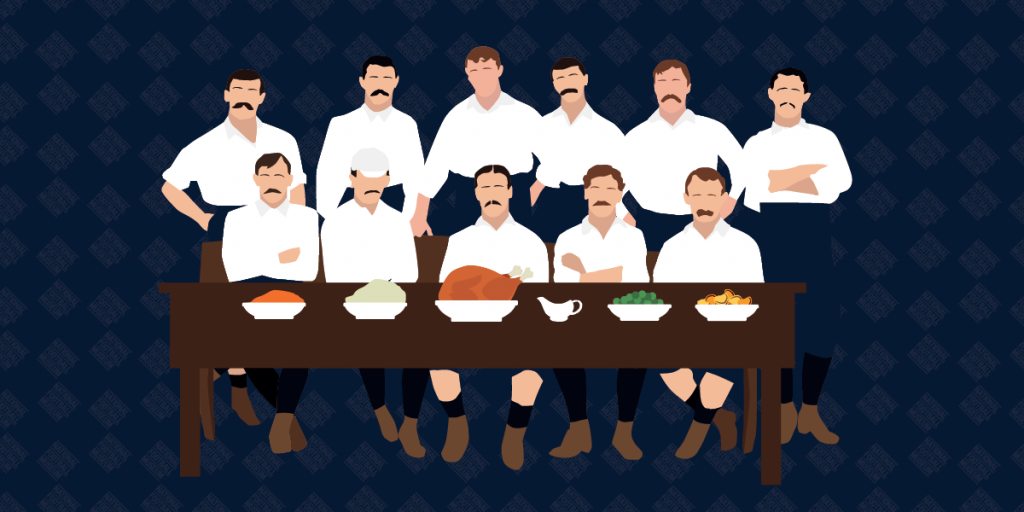 For many of a younger generation, the moniker “Invincibles” is synonymous with one club, and one club only. Arsene Wenger’s stylish Arsenal squad achieved the unthinkable in 2003-04, going through a full league season without tasting defeat.

Of course, the Gunners weren’t the first team to do so: they were beaten to it 115 years earlier. One could argue that Preston North End are the true “Invincibles”, having not just gone through the first ever English Football League campaign undefeated, but also enjoyed the same unfettered success in the FA Cup.

Preston North End began life as a cricket club in 1863. As with many sides of the time, members began to look for alternative forms of physical activity once the winter months rendered cricket impossible. After a brief and unsuccessful flirtation with rugby, the club turned its hand to football, playing its first game under FA rules in October 1878.

Throughout the 1880s, class divides became increasingly apparent between those clubs of the south, whose starting elevens were filled public school-educated amateurs, and those of the north, whose working-class players were being paid for their performances, in contravention of the FA’s explicit rules that the payment of players was forbidden.

North End was one of a number of northern clubs that drafted in players from further afield, particularly from Scotland: The hugely influential Nick Ross was drafted in from Hearts by PNE secretary William Sudell, who also found him employment as a slater.

As illicit player payments and workarounds became more prevalent, Preston found themselves on a collision course with the FA, who expelled the Lancashire club from the 1884 FA Cup as a result of said payments. Along with over 30 (largely northern) clubs, Preston North End threatened to form a breakaway league; the FA relented and paved the way for professionalism as we know it today.

Rise of the Invincibles

Over the next four years, Sudell built an imposing team, with many of the new recruits hailing from Scotland. With a daunting record in exhibition matches, and an 1888 FA Cup runner-up appearance to their name, Preston were one of the twelve clubs selected by William McGregor to be part of the inaugural English Football League.

Before the start of the season, skipper Ross made the move to Everton, where he was said to be receiving a very healthy pay packet £10 a week. His brother Jimmy remained at Deepdale, alongside Scotland international Johnny Graham, centre-half David Russell and club stalwart Jack Gordon. 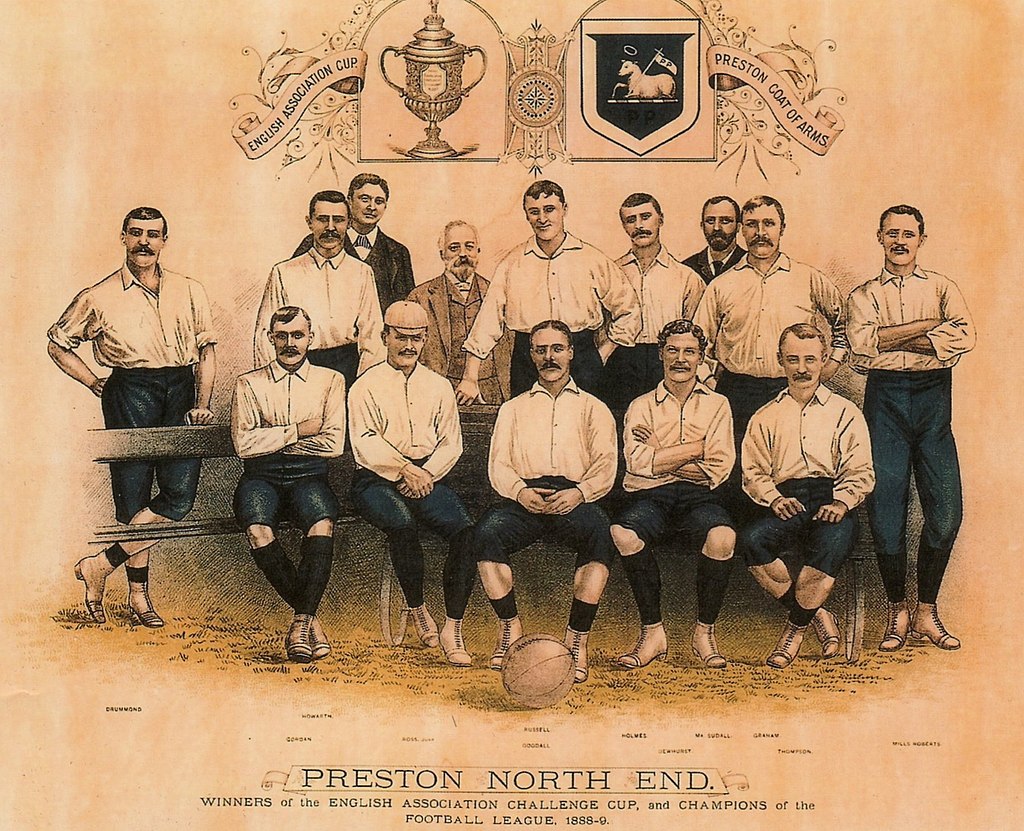 The Lilywhites’ league campaign got off to a fine start against local rivals Burnley, the hosts enjoying a 5-2 victory in Lancashire. From then until Christmas day, Sudell’s side had dropped just three points, as they were held to draws by Accrington and Aston Villa, as well as playing out a 2-2 stalemate at Burnley’s Turf Moor ten days before Christmas.

Having returned to winning ways with a comprehensive 3-0 win over Nick Ross’ Everton, Preston maintained their seven-point lead from Aston Villa at the top of the table. A trip to West Bromwich Albion on Boxing Day was expected to prove a stern test for the visitors: the Baggies had defeated overwhelming favourites Preston 2-1 in the FA Cup final nine months prior.

Overconfidence on the Lilywhites’ part, controversial officiating decisions, growing frustrations and a lack of preparation (Preston’s players had taken in the Boat Race on the bank of the Thames earlier that day) were all mooted as possible factors in Preston North End’s shock defeat. 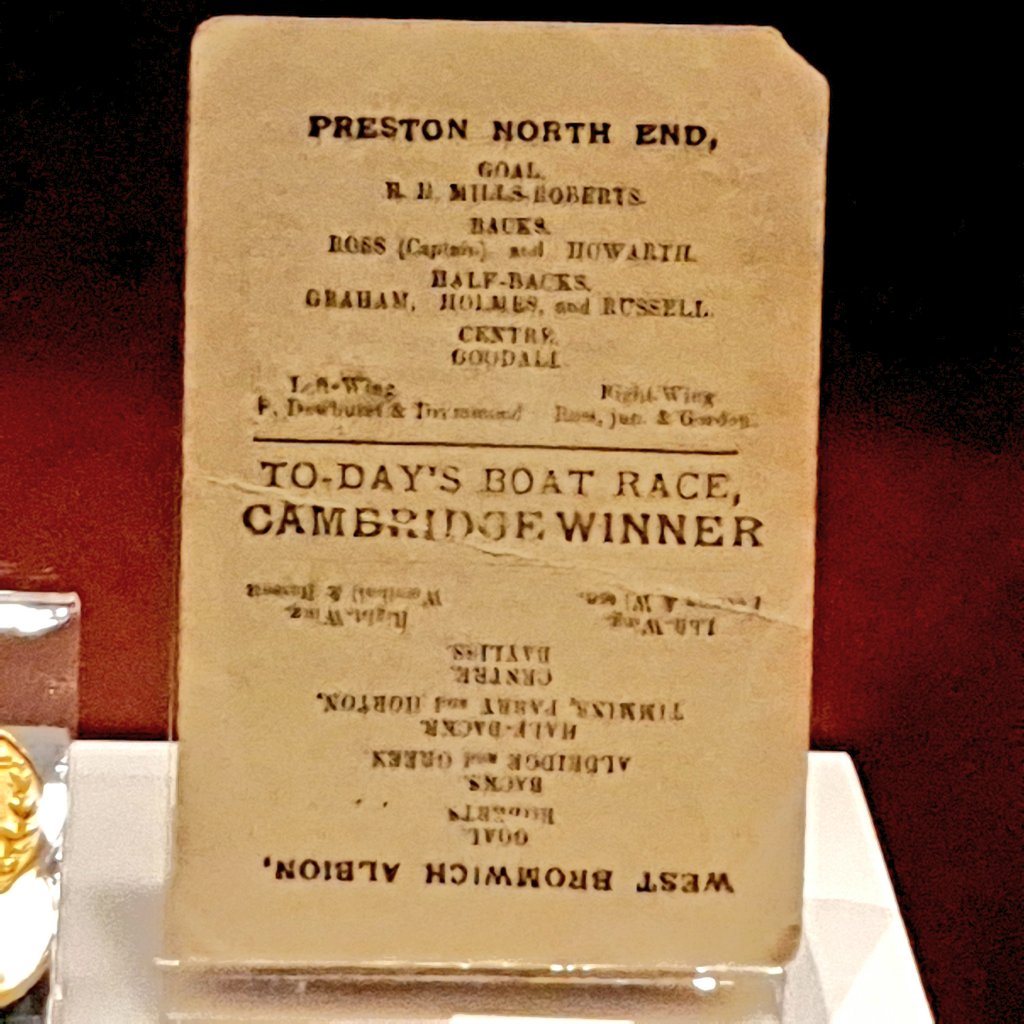 Any nerves about Preston suffering a similar fate down at Stoney Lane were soon extinguished. The prolific John Goodall, part of a devastating five-forward attack, scored twice; he would finish the season as PNE’s top scorer. Jimmy Ross, the “Little Demon” who, it was suggested, had let his temper get the better of him in that fateful Oval final, made amends with a brace of his own. Another Scotsman, Jack Gordon, also made it onto the scoresheet, with the final score a dominant 5-0 in favour of the visitors.

West Brom and Preston North End were not the only two teams to feature in the Football League’s first ever Boxing Day programme – towards the foot of the table, Bolton Wanderers saw off Derby County in a five-goal thriller at the Racecourse Ground – but Preston’s result was arguably the most significant, as it placed the hosts within touching distance of the title.

Within ten days and two gameweeks, Preston North End were crowned the inaugural Football League champions. A narrow win at home to Blackburn Rovers was followed by a more comprehensive triumph over struggling Notts County, clinching the title (though not a trophy, for it was yet to be commissioned) with three games to spare.

The following month, the newly-anointed champions exacted knockout revenge on West Bromwich Albion in the FA Cup semi-final, before going on to clinch the Double with a comfortable 3-0 victory against Wolverhampton Wanderers. Coincidentally, Arsenal would defeat the same opposition by the same scoreline precisely 115 years later.

The Preston North End side of 1888-89 has rightly gone down as one of the most impressive and dominant in the early history of the game. Their defence, sitting in front of highly-regarded Welsh stopper Robert Mills-Roberts, did not concede a single goal en route to their FA Cup triumph, and yielded just fifteen in the league.

Going the other way, the devastating attack – led expertly by Goodall, one of the greatest all-round forwards of his generation – scored a staggering 74 goals, not including the eleven scored without reply during the cup run.

The press were unanimous in their praise for William Sudell’s side, with contemporary journalists recognising their remarkable achievements. “It is only right that the trophy should fall to the celebrated North End eleven, who for several years have been distinctly the best side in the Kingdom,” wrote the Daily News.

However, this was not the beginning of a golden era for North End. They narrowly defended their title from Everton by just two points, but would not get their hands on top-tier league silverware again. Stars such as Goodall, Ross and Russell signed for Derby, Liverpool and Nottingham Forest respectively, while many others retired from full-time football.

Nevertheless, during the Football League’s formative year, Preston North End were the dominant unmovable force in English football. Though Arsenal emulated their achievements over a century later, they did so with greater recovery time between games, a larger squad from which to choose, a far lower win percentage, and, significantly, no accompanying FA Cup glory.

The Gunners were lauded by the News of the World as immortals. But for one whole season, Preston North End were truly invincibles.