150 years of the FA Cup Calendar

The first is the only known surviving medal from the inaugural 1872 final, staged between Wanderers and the Royal Engineers at Kennington Oval. 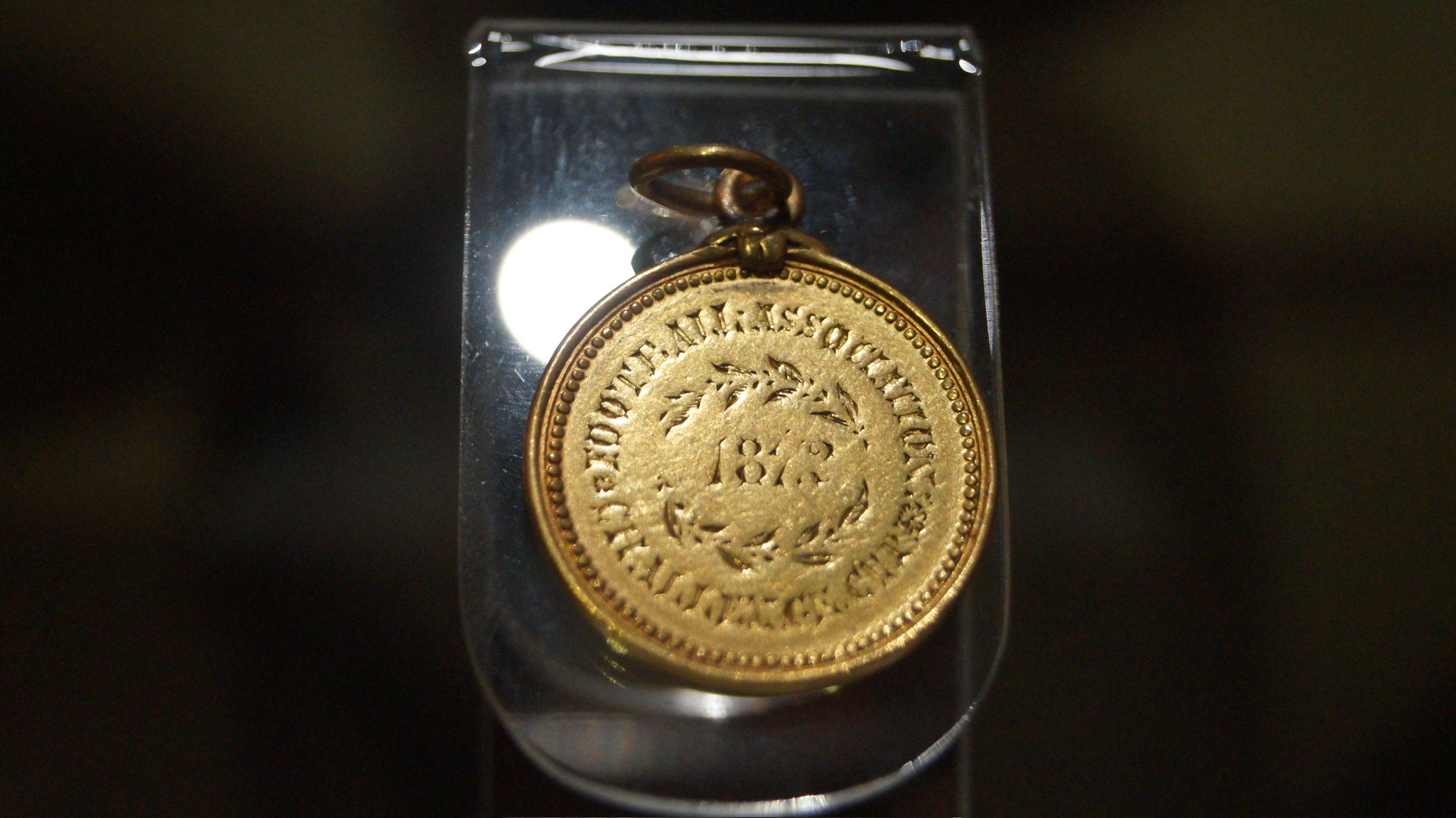 Fifteen teams initially entered the competition, but a number of those sides would withdraw as the competition proceeded. In fact, Wanderers’ semi-final opponents, Queen’s Park, had made it to the final four without playing a game! The Scottish outfit could not afford a second journey to the Oval after the first game finished goalless, affording Wanderers passage to the final.

Wanderers defeated the Engineers by a single goal at the same venue, a strike from Morton Betts – playing under the pseudonym A.H. Chequer – enough to separate the two sides. Charles Alcock, Wanderers captain and the man who first proposed the FA Cup, also found the net, only for it to be chalked off on account of handball. Nevertheless, Alcock got his hands on the trophy almost one month later.

He would have also received a medal such as the one shown here, though it is not possible to say which of the Wanderers players received the one on display in the museum’s Match Gallery.

Wanderers went on to enjoy a further four FA Cup triumphs, but increasing competition saw their fortunes and player numbers dwindle until their dissolution in 1887. The Royal Engineers lifted the trophy once in 1875, but were also diminished by the onset of professionalism, joining the Army Football Association in 1888.

The original Martin, Hall & Co trophy was presented to Alcock in 1872, but by the turn of the 20th century, the silverware was nowhere to be seen. 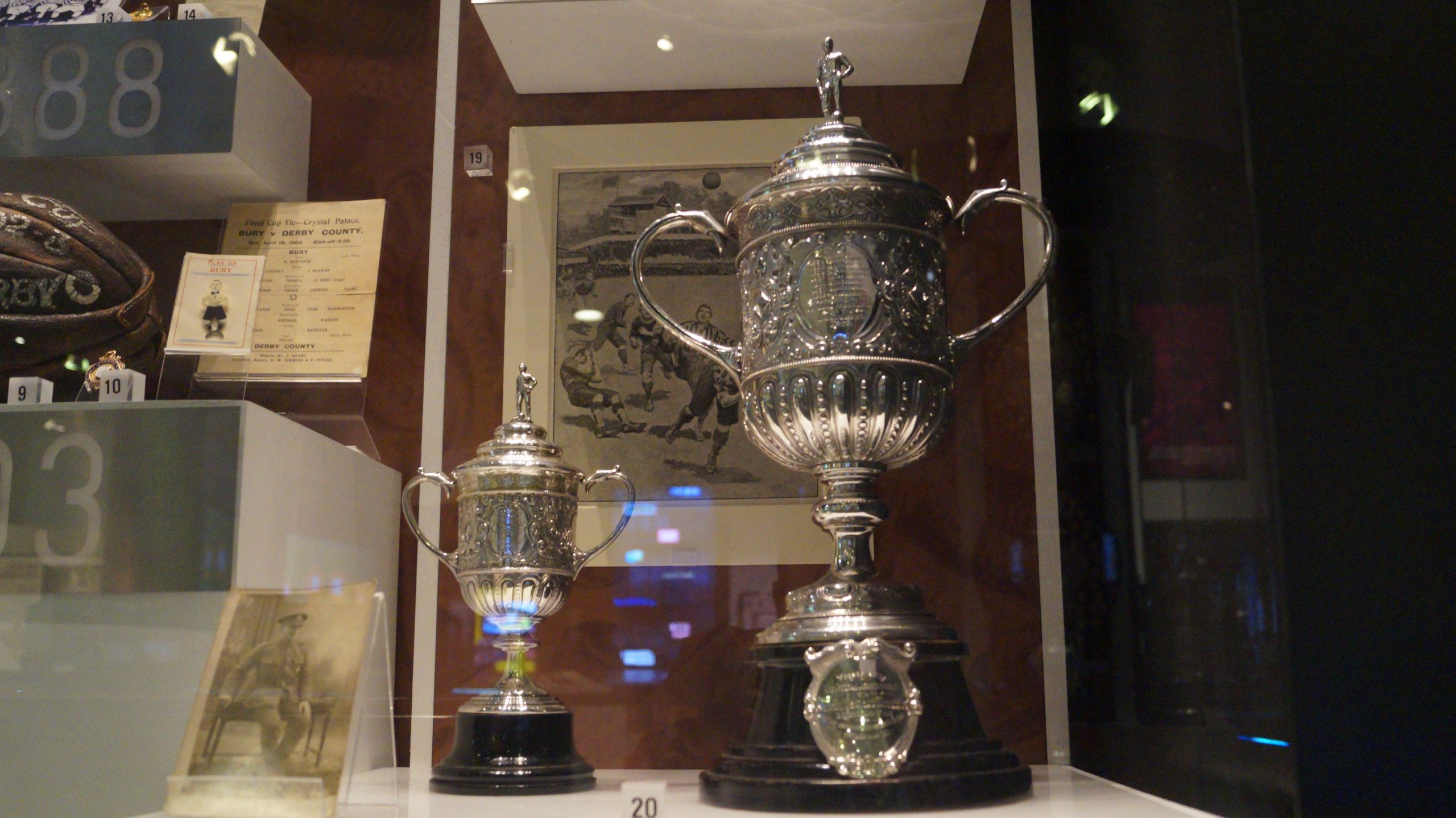 1895 winners Aston Villa had loaned the trophy to local boot and ballmaker William Shillcock, who proudly displayed it in his Newtown Row shop. Shillcock was a cloth wholesaler by trade, and was friends with fellow draper William McGregor, Football League founder and influential Villa administrator.

On the night of 11 September, the trophy was stolen from the shop window. Though a reward was offered for its return, the trophy was never seen again. Decades later, a petty criminal named Harry Burge claimed to have stolen the cup with two accomplices, before melting down the silver to make half-crowns.

Burge incredulously suggested in the Sunday Pictorial that some of those coins had been spent at the Salutation, a pub run by an altogether different kind of Villan: 1887 and 1895 FA Cup winner Dennis Hodgetts.

The FA fined Villa the princely sum of £25 to fund a replacement, having lost the original trophy whilst it was under their care. Remarkably, another man with strong Villa connections was commissioned to produce the replica.

Like Hodgetts, Howard Vaughton had won the FA Cup in 1887, though he was forced to retire through injury one year later. The inside-left joined the family’s silversmithing business, and was a partner by 1895. His company produced a new trophy from the same mould, which was used between 1896 and 1910. Newcastle United were the last side to lift this iteration of the cup before the current design, made by Fattorini’s of Bradford, was produced in 1911.

The oldest surviving trophy is currently on display in the Match Gallery, courtesy of 1904 winners Manchester City.

A photograph of the 1923 FA Cup Final

Prior to 1923, the FA Cup Final was staged at a number of different venues. Kennington Oval, now used exclusively in a cricketing capacity, served as hosts for the majority of 19th-century finals, with the Crystal Palace ground (not to be confused with Selhurst Park) becoming the stadium of choice from 1895 up to the outbreak of the First World War. 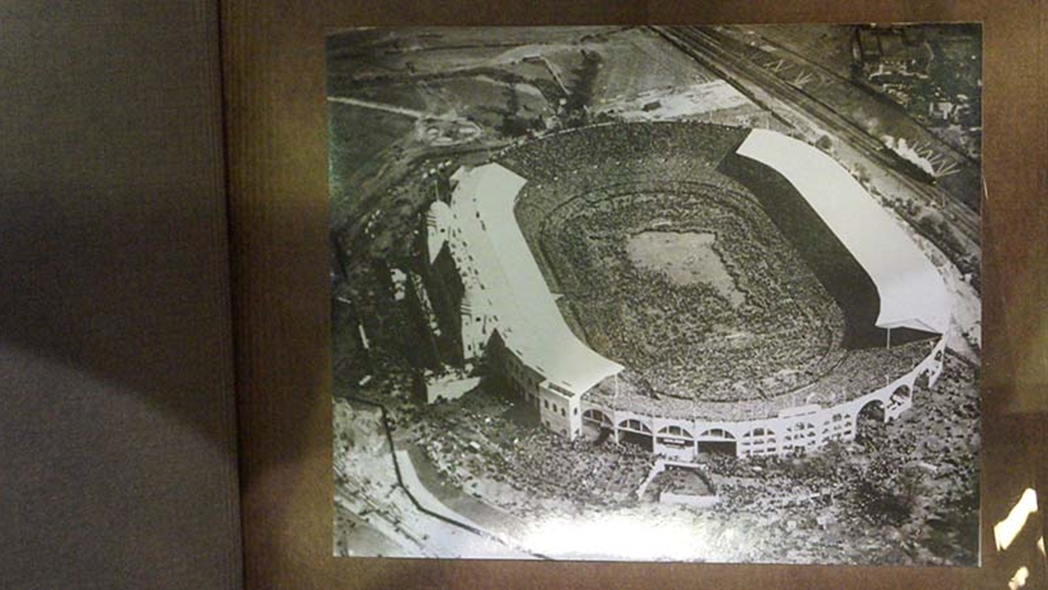 In the event of a draw, replays would take place at a different neutral venue: Burnden Park, Goodison Park and Old Trafford all hosted fixtures in this capacity.

In 1915, the Palace ground was commandeered by the Admiralty; that year’s Final took place at Old Trafford, but Chelsea’s Stamford Bridge ground was thereafter selected to host the showpiece fixture. In 1922, work commenced on a grand new stadium in London, built in anticipation of the British Empire Exhibition. This stadium, with 125,000 standing capacity, cost £750,000 to construct, and was ready just days before the 1923 FA Cup Final.

Organisers grossly underestimated the demand for the following year’s final: as such, purchasing tickets in advance was not deemed necessary. The excitement of seeing the grand new stadium, coupled with strong transport links, fair weather and the presence of a London side in action, saw approximately 300,000 spectators descend on Wembley. Floods of fans found their way into (and onto) the ground, delaying kick-off by 45 minutes.

Eventually, mounted police were brought in to clear the pitch. One such officer was George Scorey, whose steed, Billie, would become a symbol of the entire event. In the black-and-white era, the gray horse appeared white on camera, standing out in photographs and broadcast footage of the game.

When play commenced, Bolton Wanderers defeated West Ham United by two goals, with Joe Smith becoming the first captain to lift an FA Cup trophy at Wembley. The star of the day, however, was Billie, so much so that the Final is colloquially named the White Horse Final in his honour.

Billie can be picked out in the photograph, on display as part of the museum’s permanent FA Cup exhibition in the Match Gallery.