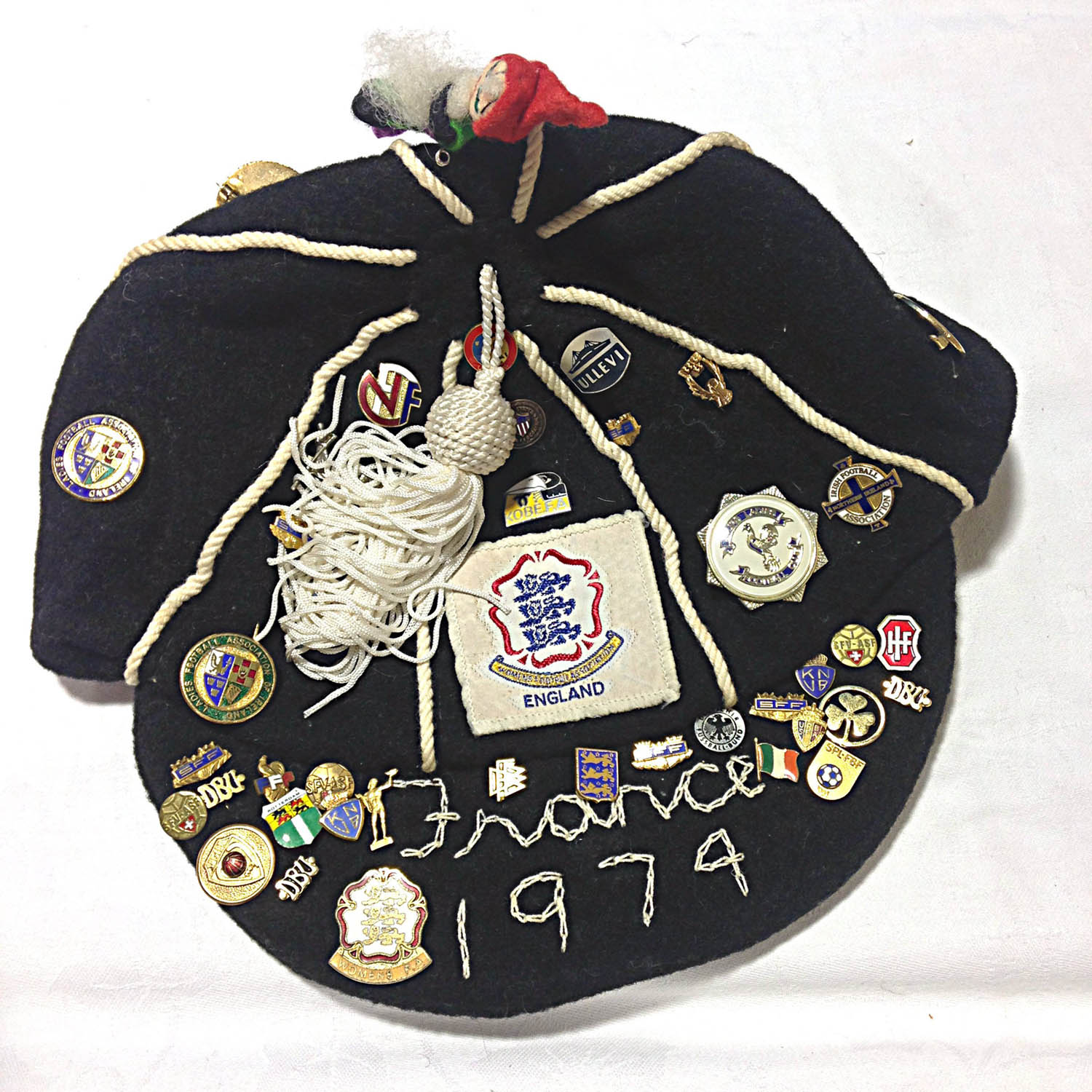 This is former England star Liz Deighan’s England cap from 1974. The cap was stitched by hand and features several badges from clubs around the world that Liz had collected over the years. This cap has France stitched into it, in reference to the 2-0 win against France on 7 November 1974, which was also Deighan’s debut match for the international side. 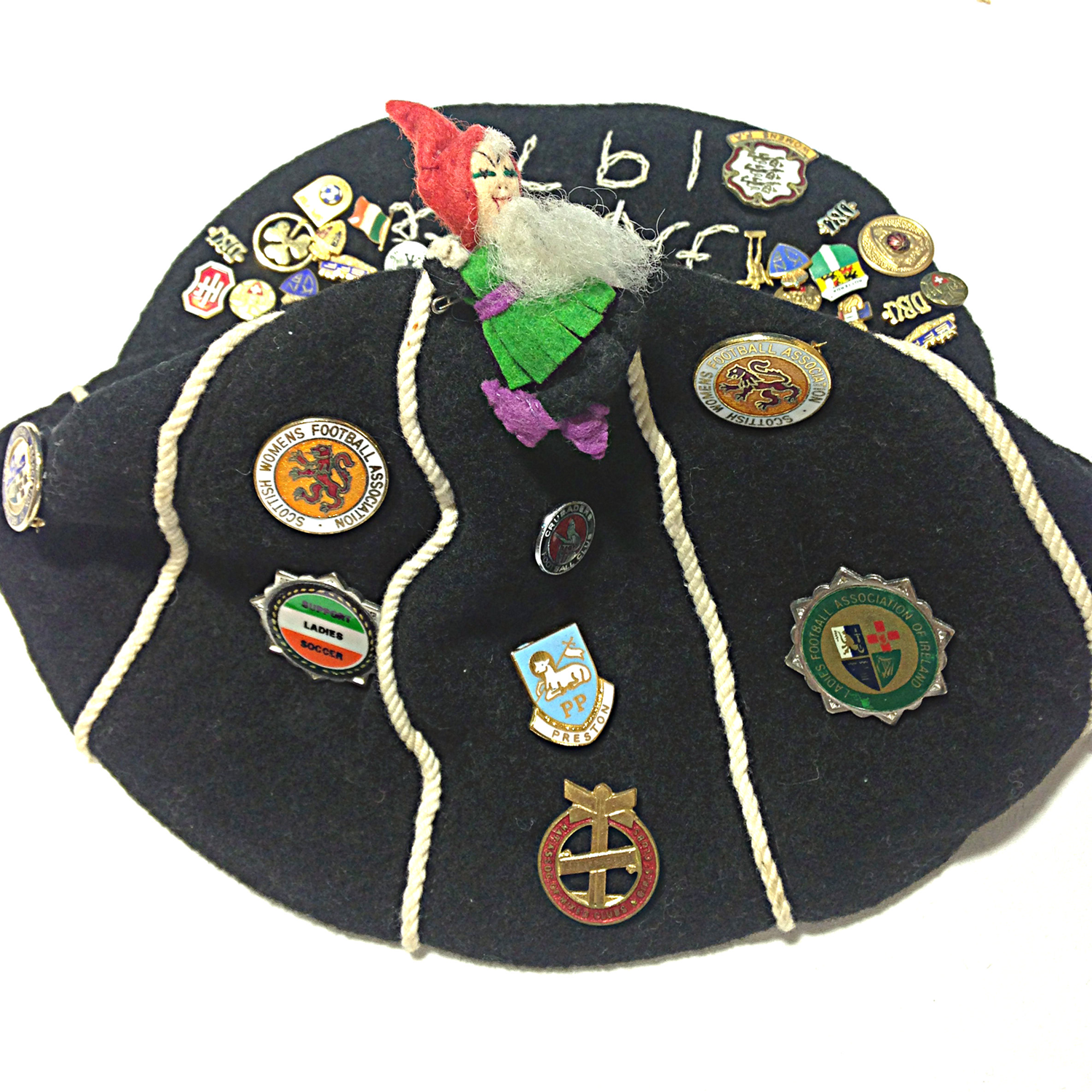 How successful was Liz Deighan?

Born in Northumberland, Deighan starred for trailblazing English clubs sides such as Fodens WFC, Southport WFC, and St Helens WFC. Overall, she had 48 England caps. Although she was often positioned in attack early in her career, Deighan made a name for herself as a midfielder. She also won the Women’s FA Cup in the 1979–80 with St Helens and reached three other finals as a runner-up with the club during the 1980s. 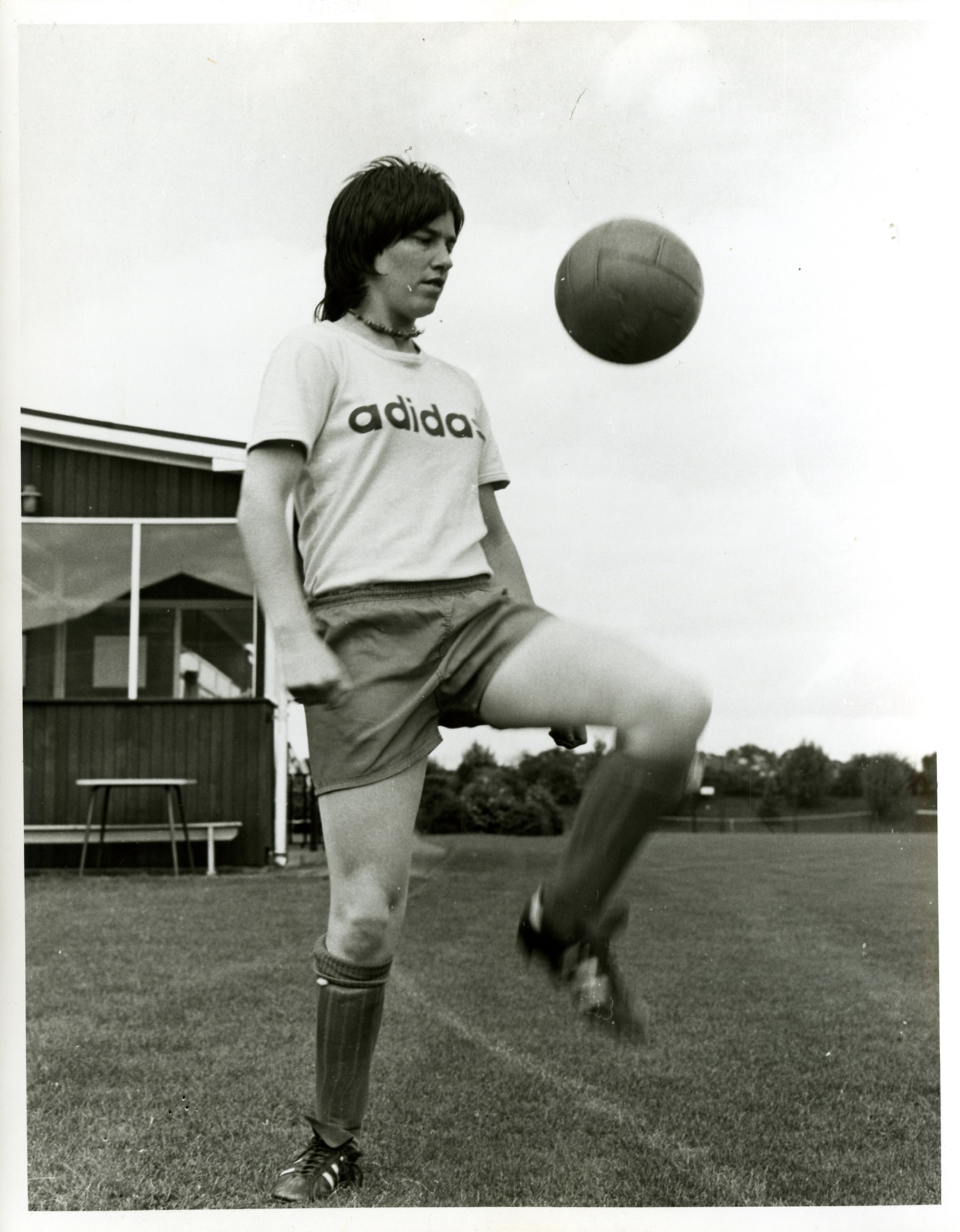 Deighan scored in the semi-final match of the 1984 Euros, where England reached the final before losing to Sweden on penalties. Her final cap for England came in the Mundialito in September 1985. This object is a huge signifier of the career she made for herself.

What impact did the England squad of 1974 have for the future of women’s football in England?

Following 1974, the next successful tournament that England took part in was the 1979 European Competition for Women’s Football, considered a precursor to the UEFA Women’s Championship. Taking place in Italy in the last week of July, England finished top of Group B before losing the hosts Italy in the semi-finals.

In terms of UEFA’s lack of involvement in the tournament, National Football Museum Hall of Famer Sue Lopez said: “In 1971, UEFA had set up a committee for women’s football, composed exclusively of male representatives, and by the time this committee folded in 1978 they had failed to organise any international competitions.”

As for Liz, upon retirement from the sport she had a spell in charge of the England under-21s and managed Newton Ladies, a team that would eventually become Liverpool Women – a team who will return the Women’s Super League in 2022/23 following promotion from the Championship.