Object of the Week: History’s most controversial beach ball Calendar

It was one of the most controversial goals in Premier League history.

In 2009 Sunderland welcomed Liverpool to the Stadium of Light and despite all the stars on show, it was this holiday inflatable that grabbed the headlines.

Holly Latham takes a closer look at this beach ball – one of the more bizarre items in our collection. 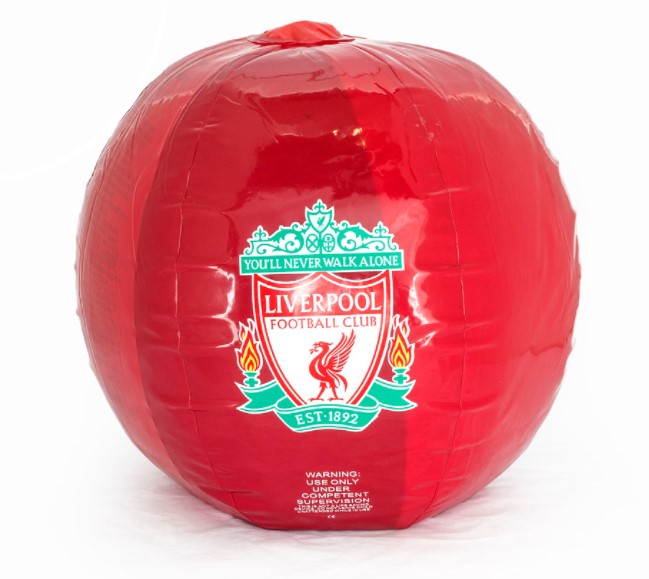 Life’s a beach for Liverpool at Sunderland in 2009.

What is the item?

The object is a large red beach ball with Liverpool FC logo on it. It was thrown onto the pitch by a young Liverpool fan at the Sunderland V Liverpool match played at the Stadium of Light in the 2009 Premier League season.

What is the story behind it?

It seemed fairly innocuous at first. A beach ball was thrown onto the pitch by a Liverpool fan. Stewards removed it as a potential hazard but the wind sent it back onto the field of play.

And it was then to become the centre of controversy.

During the match Black Cats’ striker Darren Bent took a shot which deflected off this beach ball and into the net.

It was to become one of the most infamous goals in Premier League history. Liverpool keeper Pepe Reina was left red-faced when he seemed to try to save the inflatable instead of the match ball. Worse for Liverpool is that it proved to be the winning goal.

It was celebration for Sunderland and dismay for Liverpool despite their complaints to the referee that the goal should not stand. Darren Bent called the goal one of his most memorable of his career.

The beach ball was taken off the pitch by a steward who then gave it to a Liverpool fan who wanted to give it to his son to cheer him up after the shocking goal.

It was eventually donated to Alder Hey Hospital in Merseyside. The hospital then put it up for auction to raise funds it was bought for £400. The winning bidder then loaned it to the National Football Museum meaning visitors get to see it. 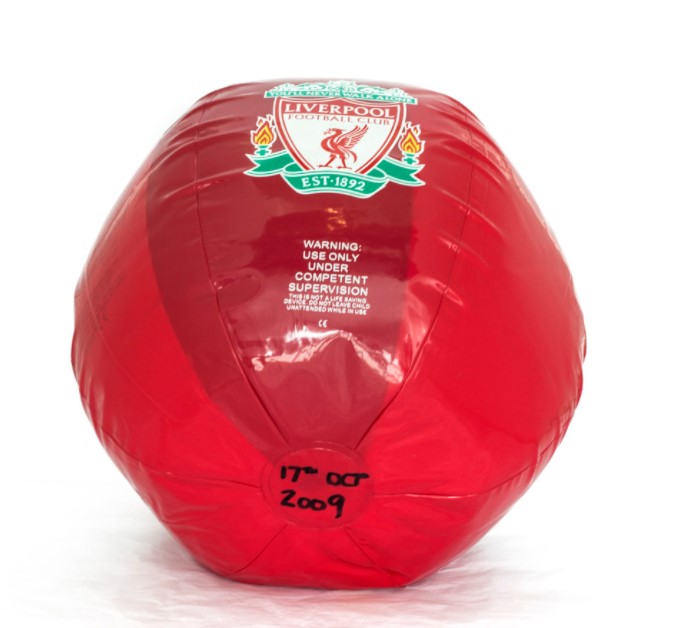 “Warning – use only under competent supervision”

It’s got to be one of the most bizarre items in the museum?

It is indeed an interesting and very different object to find on our galleries.

We obviously have a variety of balls on display, from late 19th century medicine balls and laced up balls from different decades through to the modern, technologically advanced balls of today.

A beach ball is not something you would expect in a football museum. It is also a difficult object to conserve and display. The ball has a small split to one its seams as it got damaged when it was on the pitch, so it is difficult to keep it inflated.

Is it on display?

Yes. It is on display on our second floor in a section about referees and laws of the game.

BBC Sport wrote about the beach ball on the tenth anniversary of the incident and mentioned how the ball has pride of place in the museum.

The inflatable features in our First 11 series as part of the history of the Premier League. Check it out below, and watch the full line-up of videos on YouTube:

*Author of this piece – Holly Latham – is a Museum Studies student at Leicester University who has been on placement with the National Football Museum.