As we await the upcoming UEFA Women’s Euro competition, hoping for new national heroes to emerge in the home tournament, we focus the spotlight on one of England’s greatest goalkeepers, Pauline Cope. 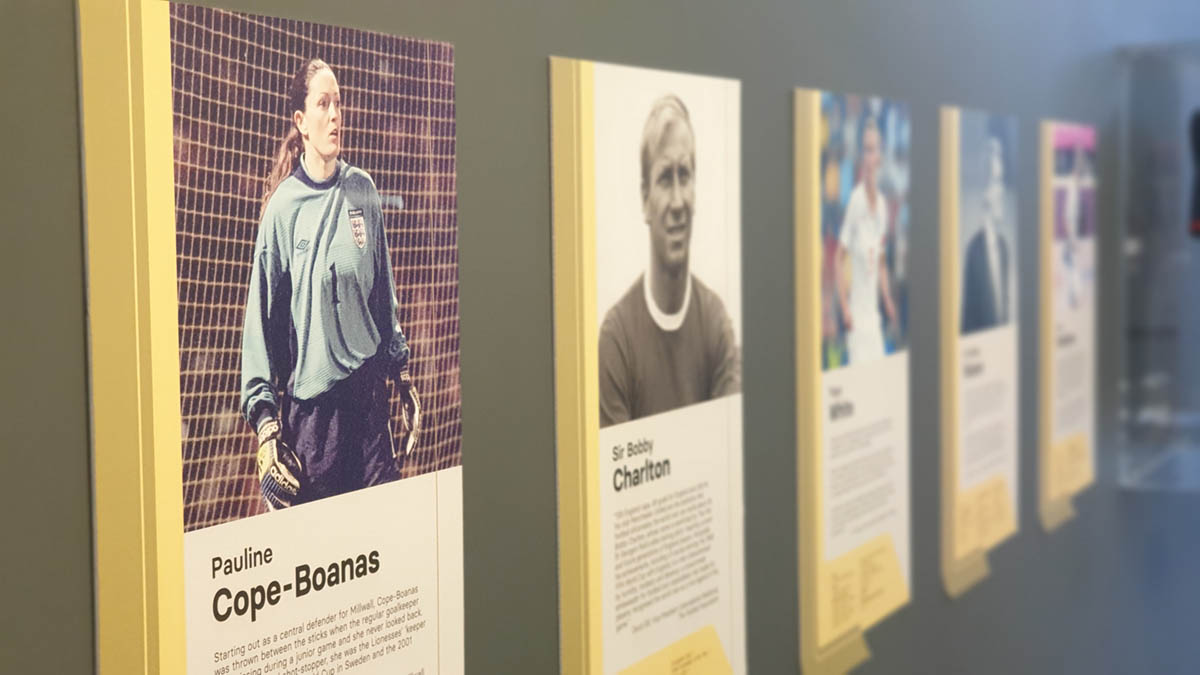 Pauline alternated between Millwall Lionesses and Arsenal Ladies five times between 1982 and 1998, before settling down at her last club, Charlton Athletic until 2006. In that time, she lifted the Premier League three times, the FA Cup four times and the League Cup four times, securing her place as one of the most decorated shot stoppers in the modern game.

As she played her final game before retirement, Charlton captain Casey Stoney said “I don’t think she can be replaced. She’s the best goalkeeper I’ve ever seen”.

Cope made 60 appearances for the Lionesses over a nine-year period. Her exceptional ability for England can be best described through one of the national coaches of the time, Ted Copeland, who claimed she was “the best keeper in the world”.

Her outstanding achievements in football were recognised when she was inducted into the National Football Museum’s Hall of Fame in 2008. Presenting her award, Hope Powell, a former player and England manager, described her as a “tremendous presence in goal”, commending her “great ability in positioning and shot-stopping”. Furthermore, Powell praised Cope’s influence in the dressing room, with her competitive nature spreading to everyone around her. 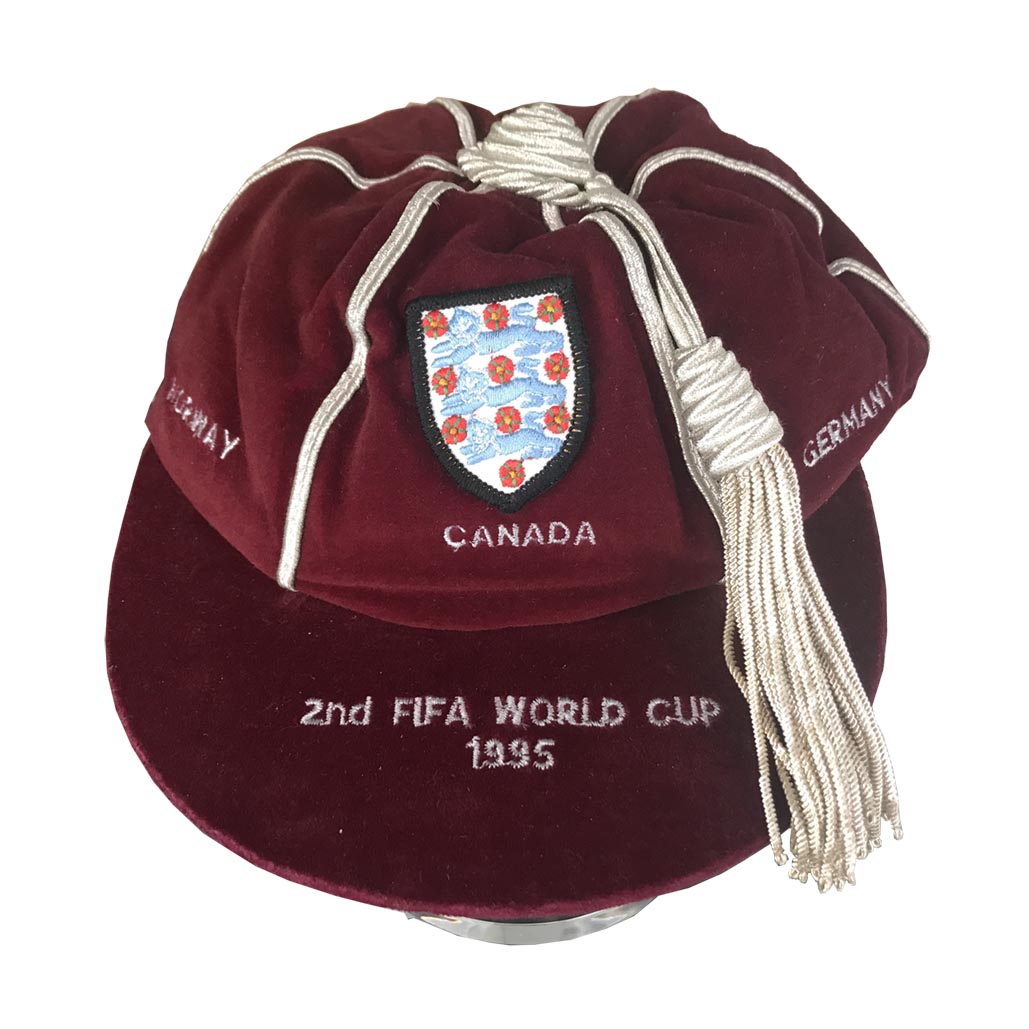 This item, an England cap, was awarded for her appearances in the 1995 FIFA Women’s World Cup. Featuring in three games, as highlighted on the cap itself, she faced Norway and Canada in the Group B, before the quarter-final game against Germany.

Despite England’s exit at the quarter-final stage, Cope was praised for ensuring England’s losses to both Norway and Germany were not “hideous embarrassments”. Both matches ended in comprehensive defeats, but generous scorelines – 2-0 in the groups to Norway, 3-0 in the knockouts to Germany – thanks to Cope’s performance in goal.

The 1995 Women’s World Cup was not broadcast in the United Kingdom, but by 2019, the landscape had changed significantly. The 2019 Women’s World Cup saw the BBC gain exclusive rights, with global viewing figures reaching 1.12 billion across the tournament. The number of teams featured in the tournament also doubled, increasing from 12 in 2015 to 24 in 2019.

The in-person attendance of games also saw a dramatic increase. In 1995, the majority of games were watched by 2,500-8,000 spectators, with over 17,000 fans attending the Rasunda Stadium for Norway’s 2-0 triumph over Germany. In 2019, attendance numbers varied drastically throughout the tournament, from 10,000 to 20,000 in the group stage games, all the way to 57,000 for the final between the USA and the Netherlands.

As the footballing world prepares for the next major tournament, the 2022 UEFA Women’s Euros, the game continues to grow rapidly, with more attention paid onto both international and domestic games and players. Matches are easier to watch than ever before, and a higher allocation of money is being invested into the future of women’s football, all helping to bring about a new generation of female footballers.

In excitement for the upcoming tournament, and the years that lie ahead for the women’s game, perhaps even more passionate and talented footballers like Pauline Cope will make themselves known on the big stage, helping bring the women’s game to even greater levels.