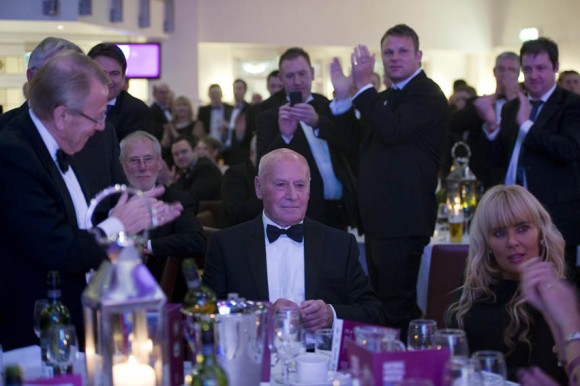 It's official: the Aston Villa side that lifted the European Cup in 1982 are part of the National Football Museum Hall of Fame.

The 19 squad members were presented with their medals at a fantastic dinner event at Villa Park's Holte Suite on Thursday October 27th. Over 500 fans were able to join in the celebration as former manager Ron Saunders made the presentations.

The players, including Gary Shaw, Ken McNaught, Gordon Cowans, and captain Dennis Mortimer were reunited with the man who brought the team together on an emotional evening for everyone.

Speaking to the Birmingham Mail at the event, Mortimer described the event as "An amazing honour. It's nice to be recognised and for our names to go into the Hall of Fame, knowing that they will be there forever, is fantastic."

The National Football Museum Hall of Fame honours the players, managers and teams who have contributed the most to the English game. Previous team inductees include Sheffield FC as the world's oldest club side, the 1968 European Cup winning Manchester United side, Liverpool's dominant 1978 squad and England's World Cup winners.

New teams, players and managers will be inducted each year in a prestigious ceremony here at the museum from 2012 onwards.