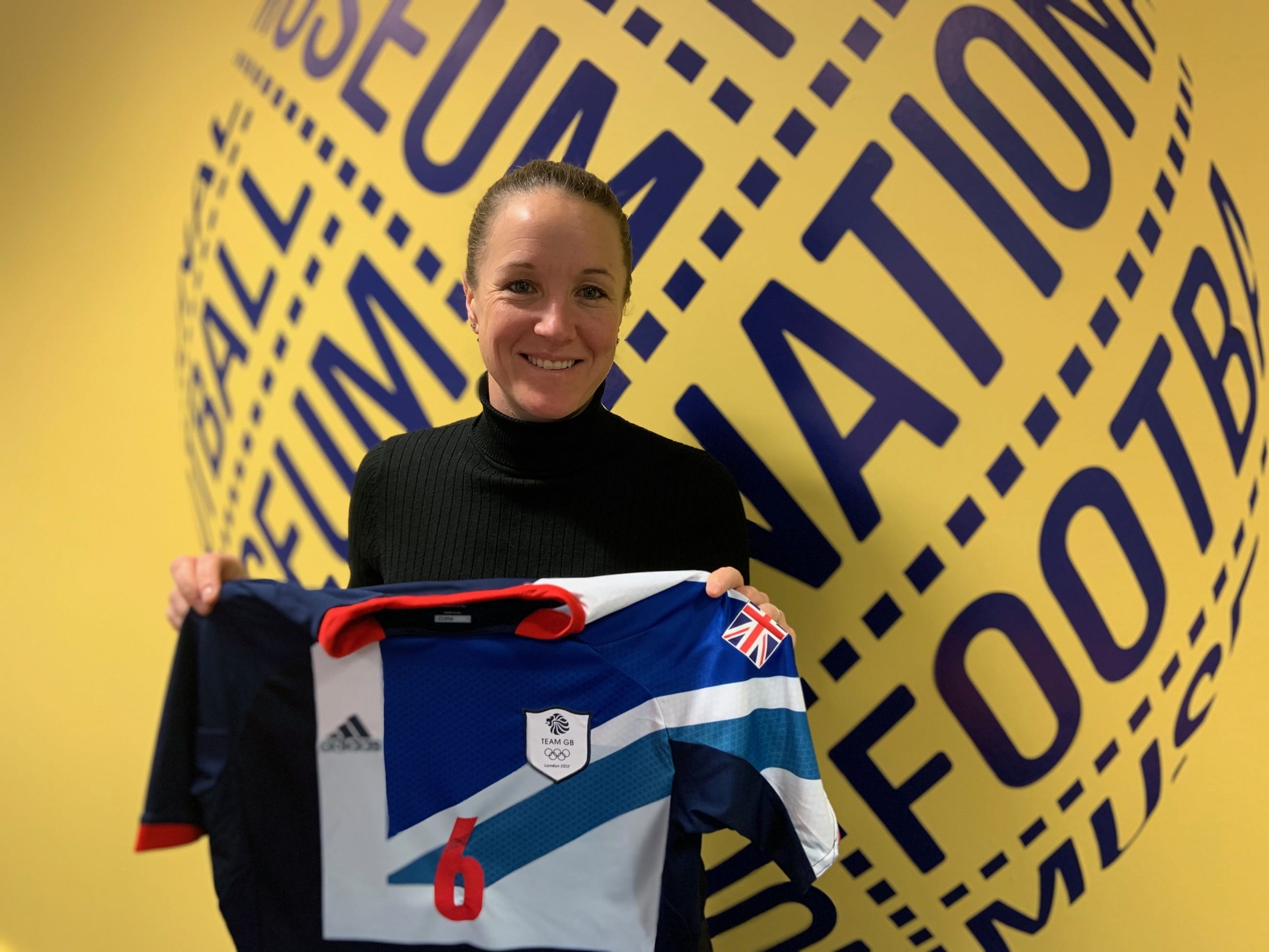 Casey Stoney has donated a football shirt she wore during the 2012 Olympic Games to the museum.

The Manchester United Women's Head Coach was at the museum as part of its first ever Children's Football Writing Festival.

Casey, MBE, wore the number shirt six when she captained Team GB to victory over Brazil in front of 72000 fans.

She said: "This shirt is very special to me. As a little girl I didn't think that I could play the game that I loved. And I would eventually go on to play in the Olympics. It was an incredible night at Wembley against Brazil.

"I've donated it because it's something that should be shared. It is a privilege to be able to donate it to the museum."

Team GB beat Brazil one-nil thanks to a Steph Houghton goal in the second minute. The result propelled the side to top of Group 3.

Born in Basildon, Stoney signed for Chelsea’s women’s team in 1994, aged just 12. She made her senior debut for the England national team against France in 2000 and went on to make 130 appearances.