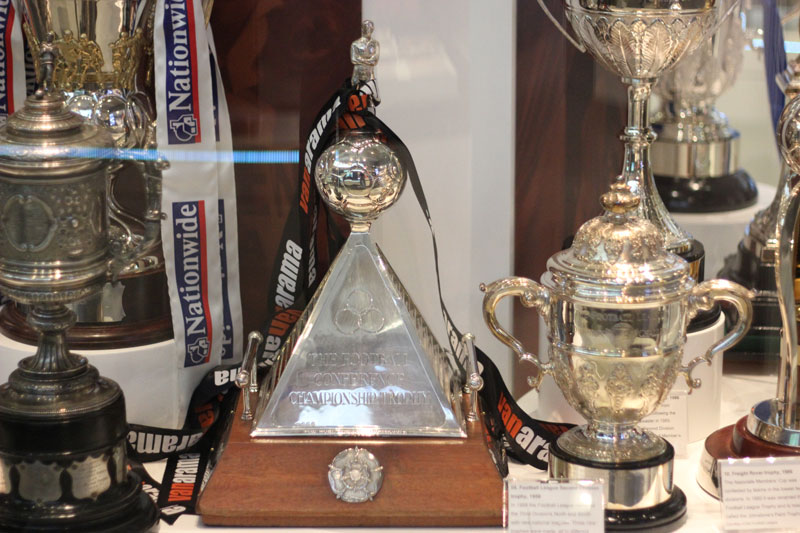 The Noel Kelly Championship Trophy, annually presented to the champions of the Football Conference since the inception of the competition, is now on display at the National Football Museum, thanks to The National League.

The unique pyramid-shaped trophy was made in 1980 through a generous donation from Noel Kelly, the Nuneaton Borough chairman who also designed and engineered the trophy.

Level 5 of the football pyramid, known as the Alliance Premier League from 1979-1985, and perhaps most popularly known as the Football Conference from 1986-2015, has seen its winner promoted to league football since 1987, with Scarborough the first team to be promoted this way. Clubs had previously had to be elected to the league.

Barnet FC were the last club to be presented with the pyramid trophy after becoming champions in 2014/15.  In doing so The Bees won it for a record third time, ably demonstrating that promotion and relegation on the field of play had become an integral part of the modern game.

With the rebranding of the Conference to become The National League in 2015, the Noel Kelly Trophy was retired.

Our thanks go to The National League for the loan of this historically significant trophy.