For Club And Country… 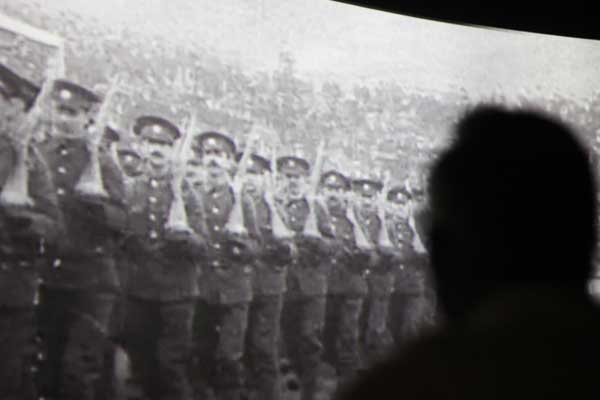 As the country marks the centenary of the Battle of The Somme, the Woodland Trust and National Football Museum today launched For Club And Country, a project aimed at helping football fans recognise the contribution of clubs and players during WWI. 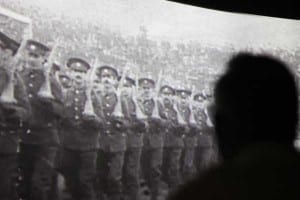 A new film about the For Club And Country project will be shown at the National Football Museum.

Woodland Trust President Clive Anderson addressed guests, discussing the importance of remembering the fascinating role played by football in the First World War. A new display and short film, to be shown in the museum's immersive cinema space, were unveiled at the event.

Some of the more unlikely heroes of the First World War were the footballers of the time, who bravely joined up and went off to war. As they left the hallowed turf of professional football pitches for the trenches of the front line in the First World War, football was changed forever.

Almost every team in the league today sent players to the front between 1914 and 1918 and many never returned.  Those that did were never the same again. 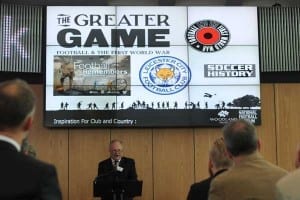 Spearheaded by Sir Trevor Brooking, the National Football Museum and the Woodland Trust are launching a project to remember and commemorate these players. Every team and supporter in the English football league is being offered the chance to dedicate trees in team groves at the Woodland Trust’s First World War centenary wood at Langley Vale in Epsom. Everyone who does will be remembered in a roll of honour and each team will have a plaque at its grove at the site.

One player being remembered is Bradford Park Avenue player Donald Bell, who was the first professional footballer to enlist into the British Army – and the only one to be awarded the Victoria Cross.  He was rapidly promoted to Lance Corporal and then was commissioned into the 9th Battalion, The Green Howards (Alexandra, Princess of Wales' Own Yorkshire Regiment) in 1915. He was awarded the Victoria Cross for his actions on 5 July 1916 at Horseshoe Trench, Somme, France. He was killed in action on 10 July 1916. 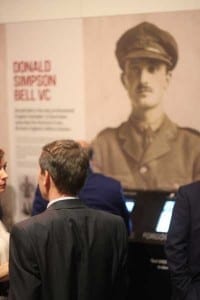 Display on Donald Bell at the National Football Museum

England and West Ham legend, Sir Trevor Brooking, CBE said: “The Woodland Trust and the National Football Museum’s For Club and Country project is the perfect way to commemorate football’s important role in the First World War. By planting groves of trees for every club whose players bravely fought for their country we are creating something beautiful and long lasting for future generations.

“Every football fan needs to get involved and make sure their club is remembered in the football groves at Langley Vale Wood. If you love football as much as I do, please get your team represented and see your own name listed on the supporters’ roll of honour.  Thank you.”

It’s a project that will create a lasting living legacy but also a digital legacy, with everyone who has donated or been involved appearing in a digital ‘Roll of honour’.

Dr Kevin Moore, Director of the National Football Museum said: “The partnership between the National Football Museum and the Woodland Trust will give football supporters across the country the opportunity to learn more about their own club’s First World War history, plant trees in commemoration and by doing so be part of the supporter’s roll of honour. We feel passionately that football’s involvement in the First World War is remembered by today’s generation.”

This is the fans’ chance to pay tribute to their team’s players that were involved in the First World War and to ensure that the contribution of these players is never forgotten. It’s timely as Europe battle each other on the football pitches of France, that we remember those that battled in France under very different circumstances 100 years ago.

People who want to get involved or find out more about the project can visit www.forclubandcountry.org.uk