It’s not about results or multi-million pound salaries, it’s how football can change lives – Jane Bateman 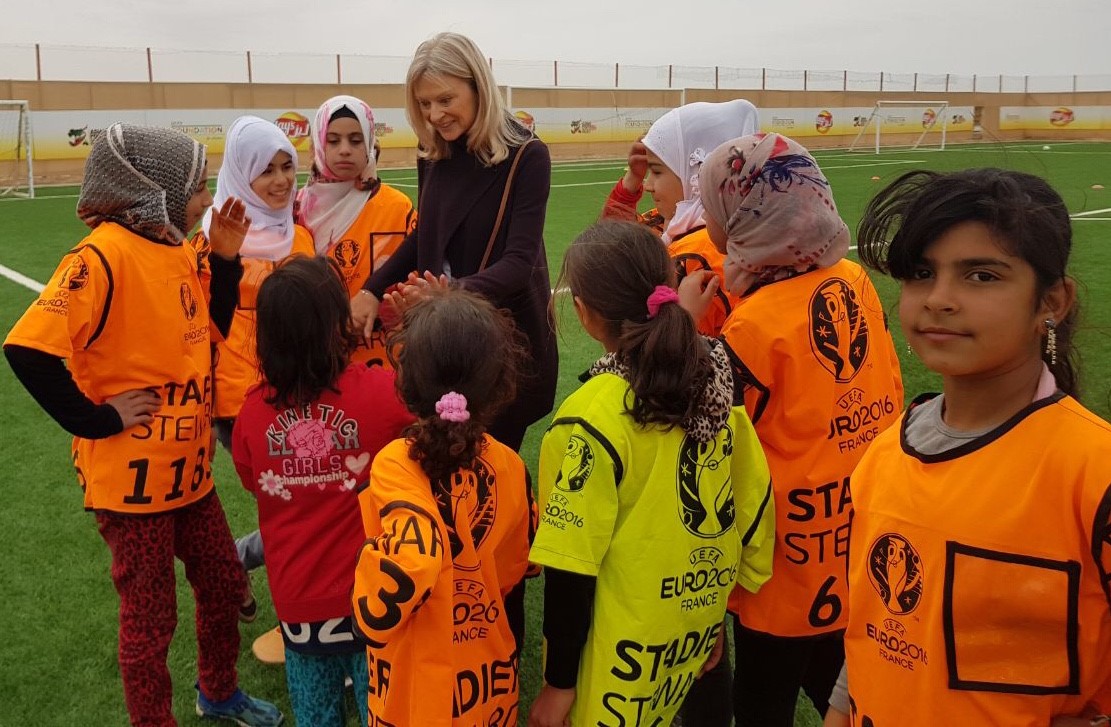 Jane Bateman has developed football networks around the globe for more than 20 years leading The Football Association’s International Relations Team.

But it’s delivering programmes around football and social change that she feels are the most rewarding.

As Jane joins the National Football Museum’s board of trustees, she talks about how the sport can change lives… 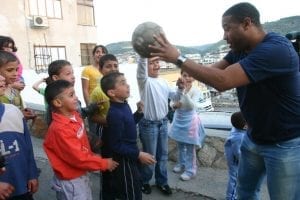 Tell us about your role at The Football Association

International relations is about making friends and influencing people.

My focus is on building partnerships, with the FIFA confederations and member associations, and with government departments such as the Foreign Office and the Department of International Trade, seeing where we can help each other.

Without Covid-19, I’d be on planes a fair bit, but it’s been good to realise how much connecting can continue around the world via online platforms. I frequently host overseas visitors, often at Wembley where we are based, and hope to be able to do so again at the EUROS this summer.

What kind of projects have you been involved in overseas?

My favourite are those which explore football as a vehicle for social change. 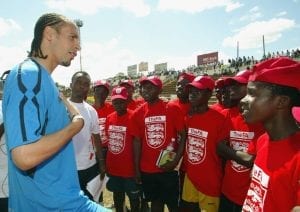 I’ve worked on some great projects, the most memorable of which were with former players, such as Rio Ferdinand, Gary Neville and David James in Malawi.

I worked with Gazza and the late Ray Clemence in Botswana, raising awareness of HIV/AIDS; and with John Barnes in Israel sharing experiences of tackling anti-discrimination in the game. 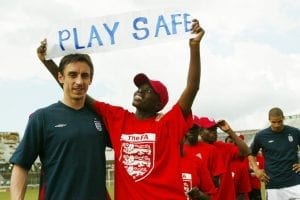 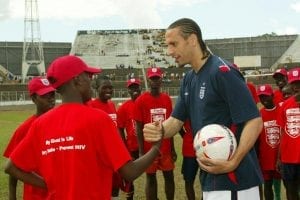 What are the most rewarding parts of your role?

The area of social responsibility is the most rewarding for me. It’s not about results on the field, multi-million pound salaries, but how football can change lives.

In 2018 I visited the Za’atari refugee camp in Jordan, home to 80,000 Syrian refugees housed in tents and small cabins just six miles from the border of their own country.

It was overwhelming, and so hard to take in how life must be for all those people, captive there for who knows how long.

But in the middle was a football pitch, co-funded by UEFA, like an oasis. Meeting the refugees who have trained as coaches, and the children who take a break from hardship and heartbreak by playing football, was both uplifting and moving.

How often do the FAs from around the globe meet?

The FIFA Congress (or AGM) takes place every year and is the one time representatives of all 211 FAs get together. This is where I ply my trade best, reconnecting with existing contacts and making new ones.

They often coincide with World Cups and have taken me to LA for the Women’s, Johannesburg, Seoul and Sao Paulo for the Men’s, and other amazing places like Buenos Aires, Marrakesh, Mauritius, even Sydney.

I’m now amongst a handful of people in world football who can say they have not missed a single Congress in 21 consecutive years.

Would you like to see more women in high profile football roles?

Yes, I think it is important that the leadership of football has a blend of men and women, but also of Black, Asian and mixed heritage representatives so that it is properly reflective of the diversity of the game.

The FA launched a Diversity Leadership Code in 2020 to help achieve just that, and I think it will prove to be ground-breaking. Much has changed since my career began, but it is an ever-evolving landscape and striving for equality will always be an important priority.

What are you most looking forward to in your trustee role at the museum?

I’m very privileged to be the ‘bridge’ between the museum and The FA to see what we can do together to celebrate football heritage, to bring history alive and make it meaningful in the present day.

We have always worked together, but this is the first time there has been an official partnership. The scope of what we can achieve together is huge, both in terms of the new audiences we can reach and the ways we can engage the next generation.

How did you get into football?

I credit Sir Bobby Charlton with opening the football door to me. I worked for Sir Bobby’s company in Manchester in the 1990s, organising week-long series of corporate sports events called the Business Games.

At the same time, Bobby was an ambassador for the Japan 2002 World Cup Bid. Experiencing this world with him lent itself perfectly to joining The FA to work on England’s 2006 World Cup campaign.

While our bid was unsuccessful, The FA decided we should continue to build on the relationships we had developed by setting up an international relations department, which I was asked to lead.

Where are you from and do you follow a team?

I’m Lancashire born and Cheshire bred, and started going to Old Trafford as a teenager, so Manchester United became my team. Since moving to Fulham, I enjoy going to Craven Cottage, as much for the stadium experience as the football.

I’m nostalgic by nature, and with its fabulous new stand in the making on one side, and the little old house dating back to the 19th Century on the other, it is a great blend of the past and the future. 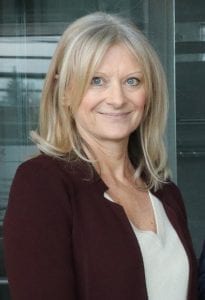