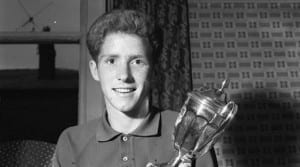 The youngest member of England’s 1966 World Cup winning team was nominated as the final’s man of the match by several of his teammates.

Alan Ball’s continuous box-to-box running for 120 minutes, socks round his ankles during extra time, is one of the fondest memories of the day for many England fans. And it was Ball that provided the breakthrough and cross for Geoff Hurst’s controversial second goal. After the match Alf Ramsey famously said to Alan Ball “you will never play a better game in your life.”

"Young man, you will never play a better game in your life." Sir Alf Ramsey, following the 1966 World Cup final

Ball made his professional debut for his father’s club, Blackpool, in 1962, having been rejected by a host of other clubs due to his small stature. He became the Football League's youngest ever debutant when he featured for Blackpool in a 2-1 defeat at Liverpool. Despite his young age, Ball shone for the Seasiders; so much so that Ramsey brought the 20-year-old into the England setup in 1965 to bring defensive strength and industry to the midfield.

Success in the World Cup attracted the attention of Division One contenders Everton, who paid a record transfer fee of £110,000 for his services. Ball played alongside Colin Harvey and Howard Kendall in what is often considered to be the best midfield in English football at that time. Ball was a key fixture in the Toffees side that clinched the league title in 1970. 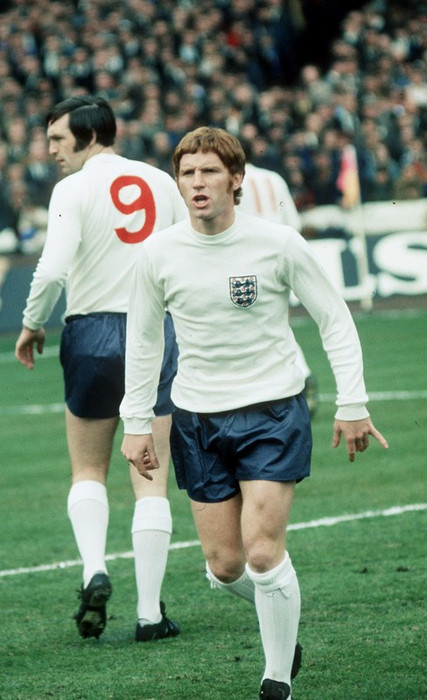 Alan Ball represented England 72 times, scoring eight goals, and was appointed captain of the national side in 1975. Image via Mirrorpix.

Ball played in the World Cup finals again that year, hitting the crossbar against Brazil in the group stage, before England went out in the quarter-finals.

After six years and over 250 appearances at Everton, Alan was sold on to Arsenal, again for a record-breaking transfer fee of £220,000. He represented the Gunners for five years, becoming a mainstay at the North London club during a significant period of transition. He skippered the side from 1974, but was moved on to Southampton in 1976. After a brief spell in North America with Philadelphia Fury and Vancouver Whitecaps, Ball returned to England, winding down his career with a player-manager role at Blackpool and another stint at Southampton, before retiring at Bristol Rovers in 1983.

Alan Ball was a tireless supporter of the National Football Museum Hall of Fame event, attending on several occasions to present awards after his own induction in 2003. In 2006, only a few months before his death in April 2007, he attended the event in Liverpool to induct his teammate, Martin Peters.

In an emotional speech he said: “It is one of the proudest moments in your life when someone calls to say you are in the Hall of Fame. Words cannot describe it. The museum should be congratulated for the Hall of Fame. It is a marvellous thing. Let’s keep it going.”