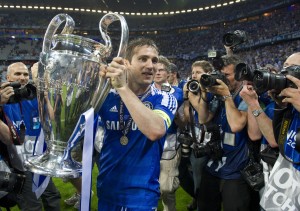 When Frank Lampard collected his Footballer of the Year award at the Football Writers' Association's annual gala in 2005, he not only picked up a richly deserved trophy, he also won the respect of everyone in the room.

I was Chairman of the FWA at the time and was liaising with Frank over arrangements. On the day of the dinner, the Thursday immediately after he had helped Chelsea had clinched the Premier League title, Frank rang to say he might be late for his date.

My heart sank. We are used to footballers turning up late for events or not showing up at all, but this was different. Frank had been called to a funeral down in Kent. A l0-year-old girl called Lucy had died and he was attending her funeral. Lucy was a Chelsea fan with a terminal illness, and of all the players who visited her in her final months, Frank was her favourite. Against the odds she had survived to the final day of the season, and passed away shortly after Chelsea had lifted the Premier League trophy. Naturally Frank wanted to attend her funeral on that Thursday, and the traffic on the way back to London was the reason for his late arrival.

He breezed into the room, joined me and his England manager Sven Goran Eriksson on the top table, and asked me if we were expecting a long acceptance speech, as he had nothing prepared. I told him he could be as brief as he liked, just to say thankyou, and everyone would understand.

Instead he stood up in front of an audience of 600 footballers and football writers, friends, family and peers, and delivered a mesmerising speech off the cuff that had us in laughter and some tears. With his famous father Frank alongside his now sadly departed mother, and uncle Harry Redknapp, as well as three of his boyhood friends in front of him, Frank delivered a speech that was gracious, witty, moving and most of all restored our faith in footballers. I was writing for the Observer at the time and we reprinted it verbatim over two pages that weekend.

He finished by saying: “A lot of the reason I am here is because of my strength, my determination and character. I would just like to talk about a girl called Lucy.

“I went to her funeral today, she was 10 years old. She came to the game against Charlton where we lifted the Premiership trophy. She had a tumour on the brain - really she should have died the week before that game. But she was so desperate to come and see that game, to watch us play. The character and strength she showed made me put everything in perspective.

“I would like to dedicate this whole award to her, her family, especially her mother, and I would like to say thanks to everyone tonight. Thank you.”

Those words said more about Frank Lampard than the most eloquent of sportswriters can muster. His achievements speak for themself but I'll list them anyway: 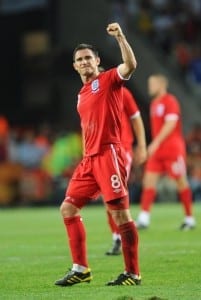 The statistics alone do not do justice to Frank Lampard's career. Being the son of a West Ham legend and nephew of the manager hindered rather than helped his early career at the club, as he had to deal with accusations of favouritism. Frank fought his way into side on ability and hard work, and earned an £11m transfer to Chelsea, where he became one of the best midfielders in the world.

After 13 years, and every trophy there was to win, he moved to Manchester City, via New York City, formally retiring earlier this year. He is now a natural and knowledgeable TV pundit, as well as a published childrens author, but is also doing his coaching badges, and it would be a great loss to football if Frank does not achieve his ambition of moving into management and passing on his superb understanding of the game.

Frank is fully aware that coaching and management is not an easy life, and the path to the top is long and winding. But if his past history is anything to go by, nothing will stand in the way of Frank Lampard reaching his goal.