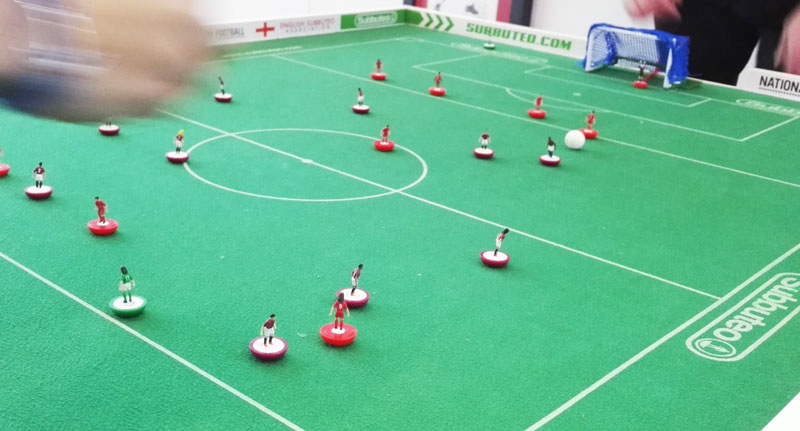 Before the days of FIFA, before the days of Pro Evo, ISS or Actua Soccer...before Super Soccer, Kick-Off, SWOS or even Pele's Soccer on the Atari 2600, there was only one way to play as your heroes at home: the mighty Subbuteo.

The iconic table-top football game has held a place in the hearts of football fans since it first hit the nation's living rooms in 1948. Now you can pass the torch to the next generation, inspiring today's FIFA fanboys and fangirls to try their hand at a more tactile form of football gaming.

Players from Manchester Table Football Club, as well as our own Subbuteo experts, will be on hand to help out throughout the afternoon, offering everything from an introduction to the game to advanced coaching across a number of tables.

Participation is free and no booking is required, so head down to the Hall of Fame for an afternoon of finger-flicking fun!