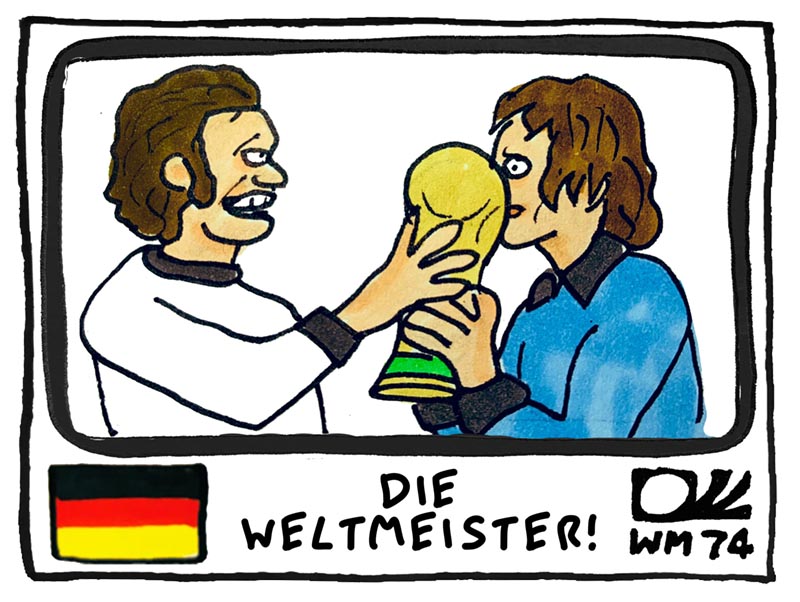 “It should have been the Netherlands!” cried the football purists, but even their gorgeous Total Football was no match for the well-oiled (West) German machine. Saying that, the hosts did lose to their East German counterparts in their one solitary meeting at international level. East Germany’s reward was a second group stage with Brazil, the Netherlands and Argentina (spoiler: they didn’t get through).

West Germany, meanwhile, won all three games in their comparatively easy group, qualifying for a final showdown with Cruyff and co. The Dutch magician won a penalty – the first ever awarded in a World Cup final – before a German player had come anywhere near the ball. West Germany restored parity with a spot kick of their own, before that man Muller scored the 68th and final goal of his international career just before half-time.

Not-at-all-bitter FIFA president João Havelange suggested that match-fixing was afoot in favour of the hosts – an accusation the Brazilian also levelled at England’s 1966 win – but these claims were unsurprisingly unsubstantiated. 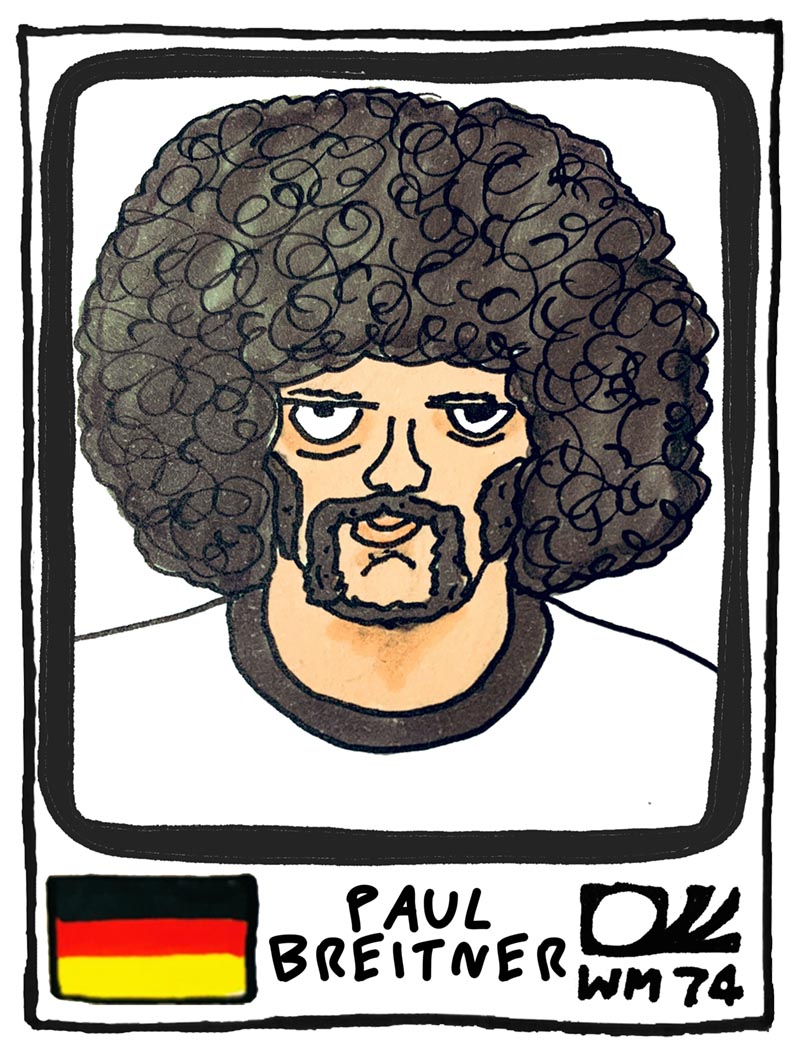 I know what you’re thinking: the above must be an atrocious characterisation of Paul Breitner. Surely nobody can look like that?

Paul Breitner did indeed look like this. It was an unusual look, even in the happy-go-lucky seventies. Immediately distinguishable by his giant afro and fluffy beard, the controversial, outlandish, often political left-back was something of an enigma.

Remarkably, he wasn’t even that fussed about playing for the national team. And yet there he was, in a World Cup final, impulsively taking over penalty duties from designated taker Gerd Muller and drawing Germany level from the spot. 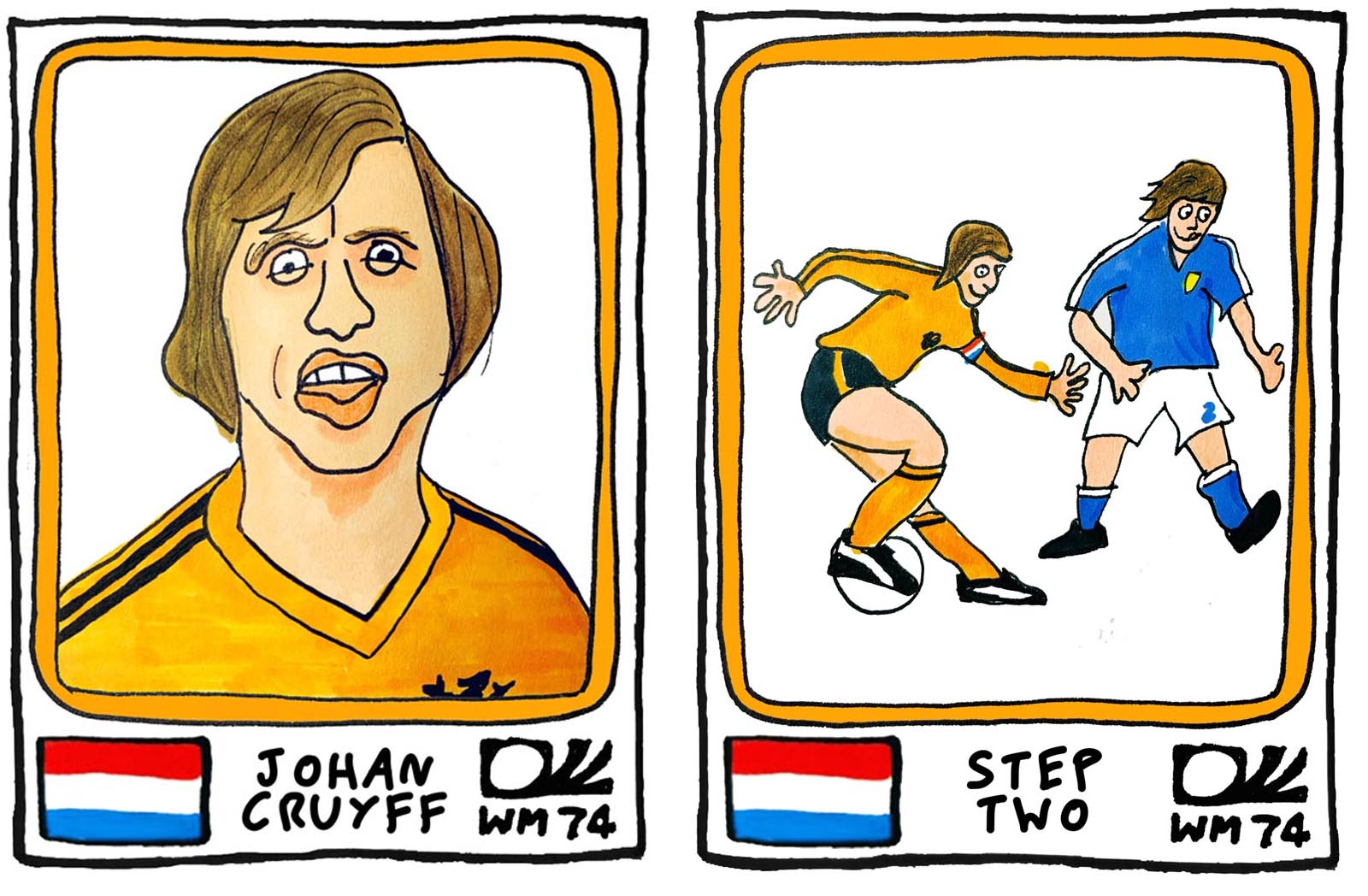 Undoubtedly the star of the show, Johan Cruyff was the embodiment of the Netherlands’ Total Football ethos. The 27-year-old pulled all the strings for Rinus Michels’ side, creating more chances than any other player in West Germany.

During the group stages, he produced a now-iconic moment of skill to thoroughly embarrass poor Jan Olsson. Back to goal, Cruyff feigned a pass before knocking the ball in the opposite direction, spinning away from the bewildered Sweden defender. The manoeuvre was first deployed by an Australian winger five days prior, but the Alston Turn doesn’t have the same ring to it.

Cruyff chipped in with key goals, too: a brace in the 4-0 demolition of Argentina, and a second goal to see off Brazil in the semis. After winning that first-minute penalty in the final, Cruyff was effectively shackled by the West German defence. He did not dare to attempt his eponymous turn on Berti Vogts, which was probably a wise decision. 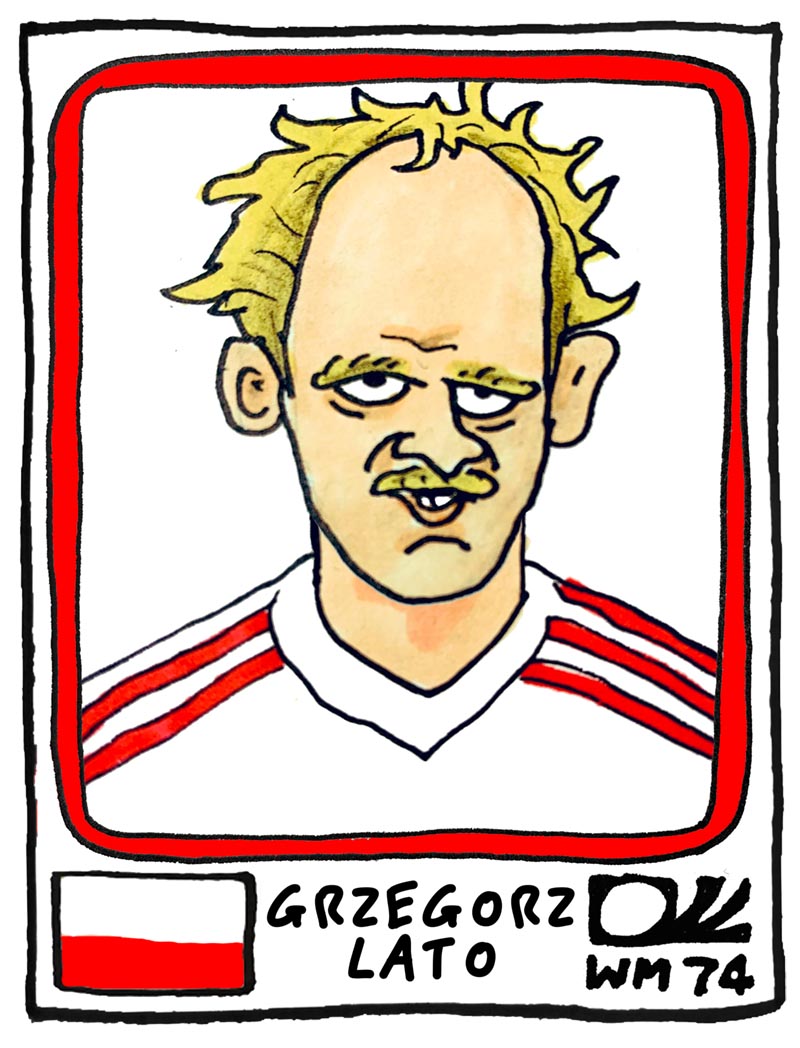 With Italy and Argentina for company, Poland were not expected to progress from Group 4. The Poles had not qualified for a major post-war tournament, but possessed a secret weapon in the shape of Grzegorz Lato.

The Stal Mielec winger was no Johan Cruyff, but he was a fine team player and clinical in front of goal.  The 24-year-old (yes, he was 24) put Argentina to the sword with a brace, got another double against Haiti, and scored crucial winners in the next round against Sweden and Yugoslavia.

In the third-place playoff, Lato’s run and finish from the halfway line was enough to secure an unlikely victory over Brazil, securing the top goalscorer award to (golden?) boot. 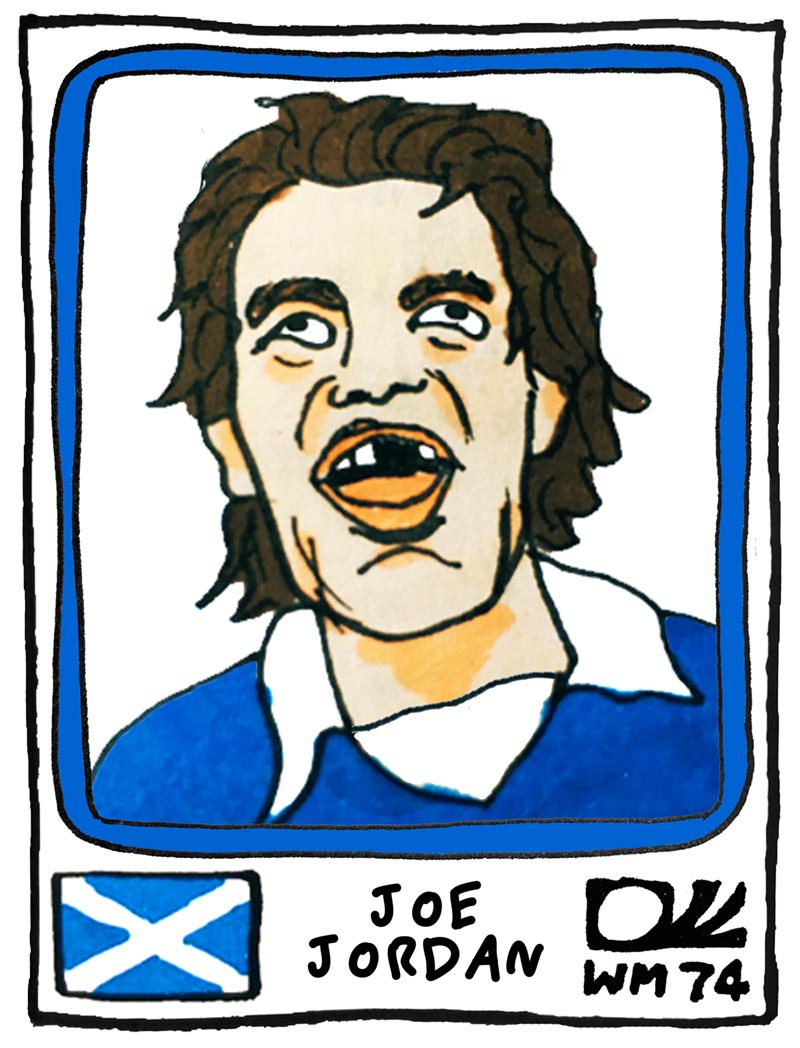 Decades before his infamous square-up with Gattuso, Joe Jordan was a combative centre-forward for Leeds United and the Scotland national side.

It was Joe’s diving header that secured Scotland’s berth at the 1974 tournament, and the Tartan Army came within a goal of causing a major upset on their debut. Jordan was on the scoresheet in a 2-0 win over Zaire, before Willie Ormond’s men held Brazil to a goalless stalemate – “the most famous draw in Scottish football”.

A win against Yugoslavia would be enough to go through, but despite Jordan’s late leveller, it was not enough. The Scots went out to Brazil on goal difference, one tiny, measly little goal away from knocking out the defending champions. 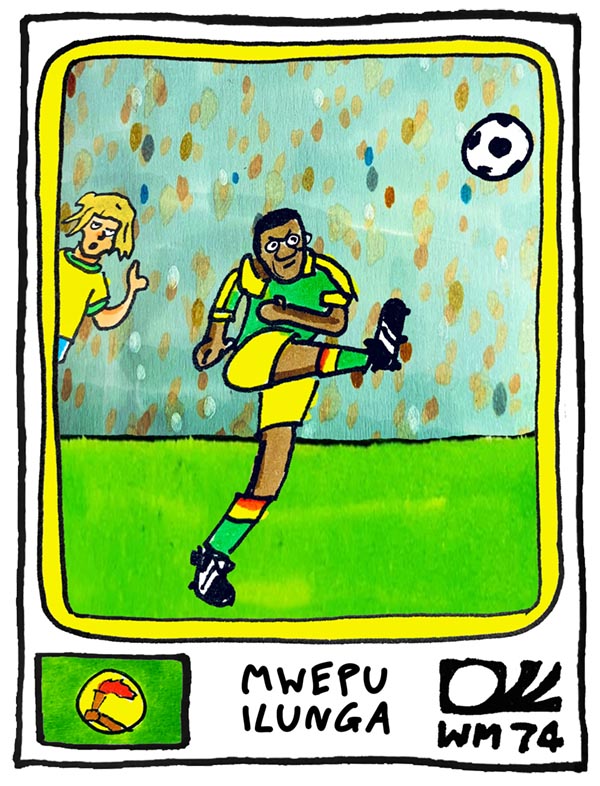 Zaire may have shipped 14 goals in their only World Cup appearance, but they still gave us one of the tournament’s truly great moments – though it’s not as funny as it appears on first viewing.

Brazil were two goals to the good when they lined up a free kick within range of goal. Step forward Mwepu Ilunga. He literally stepped forward, bursting out of the wall to boot the ball downfield, earning a booking for his troubles.

Behind the utterly bizarre incident were stories of non-payments to players, game-destroying interventions from national officials, threats from a despotic ruler and a genuine fear that another two Brazil goals could lead to Zaire players being refused entry back into their country. Ilunga’s hoof helped run down the clock: Brazil only scored one more, and the players were allowed home, albeit in disgrace.

We’ve ruined that blooper reel moment for you, haven’t we? Sorry about that.