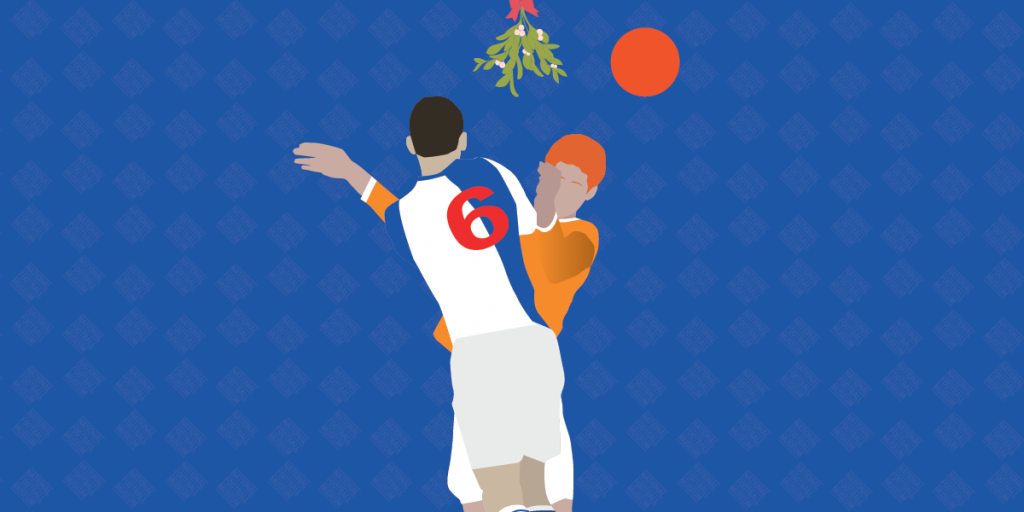 As we touched upon in our First Game of Christmas, the tradition of football matches taking place on Boxing Day can be traced back well over a century. Incredibly, the beautiful game was, for many years, also played on Christmas Day itself.

Preston North End were one of the first teams to play a Football League fixture on Boxing Day (the full story can be found in our Second Game of Christmas), and the defending champions were fittingly one of the first to play an official game on Christmas Day in 1889. This was by no means the first fixture to take place on the holy day: Everton famously played two games in quick succession on Christmas Day in 1888, before enduring a goalless draw against Bootle on Boxing Day. 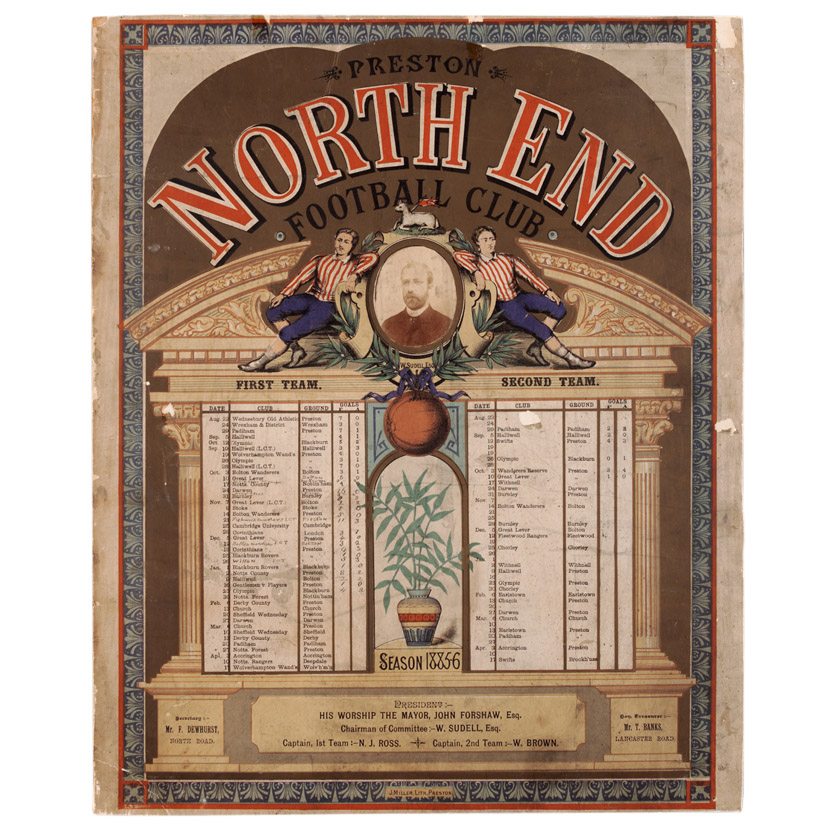 Preston North End’s fixture list from 1885-86, which shows a 1-0 friendly victory over Blackburn on Christmas Day.

No longer ‘invincible’ after defeats to Aston Villa, Derby County, Wolves and Everton, Preston gained some measure of revenge on Villa that Christmas. Nick Ross opened the scoring for the hosts after six minutes, only for Ike Moore to level soon after. Villa’s Billy Dickson went from provider to scorer, a low shot going through the ‘keeper’s hands. However, Preston turned it around in front of almost 9,000 fans at Deepdale, Nick Ross levelling the scores before younger brother Jimmy won the game with a “lightning shot” 25 minutes from time.

According to the Birmingham Daily Post, the ground was in a “wretched condition”, and, though the game was fought at a pace, both teams were clearly exhausted. Preston would be in action again the following day, earning a 2-2 draw at West Bromwich Albion. They went undefeated for the remainder of the campaign, clinching their second (and to date last) top-flight title.

Official Christmas fixtures were sporadic over the next couple of years, but became increasingly frequent from 1893 onwards. By the early twentieth century, the Victorian tradition had become enshrined in Edwardian society. The majority of First Division teams were playing on both Christmas and Boxing Day. That said, only in 1909 did a gameweek featuring all twenty top-flight teams take place, the highlight being Bradford’s 7-3 win up at Middlesbrough.

After the First World War, Christmas football remained popular. Going to the match was a popular excursion on the 25th December, particularly for those working-class families residing in less than comfortable abodes. In fact, football was one of a number of festivities staged on the day, including but not limited to cinema screenings, pantomimes and other forms of gatherings.

A full complement of fixtures was played in 1920: this occurred another three times that decade, as well as in 1936. In all other years, provided Christmas didn’t fall on a Sunday, there were at least eight or nine First Division fixtures taking place across the country. That appetite for football was undimmed during the war; dozens of wartime exhibition matches were staged in 1940, including Brighton’s infamous drubbing at Carrow Road (our Fifth Game of Christmas).

In the immediate aftermath of the Second World War, festive football was as strong as ever, but a post-war culture shift would see its popularity dwindle towards the end of the 1950s. According to Professor Martin Johnes, as living standards steadily improved, more families were choosing to spend Christmas at home rather than at festive events in the community. The increasing affordability of television sets also afforded the opportunity for more indoor entertainment. 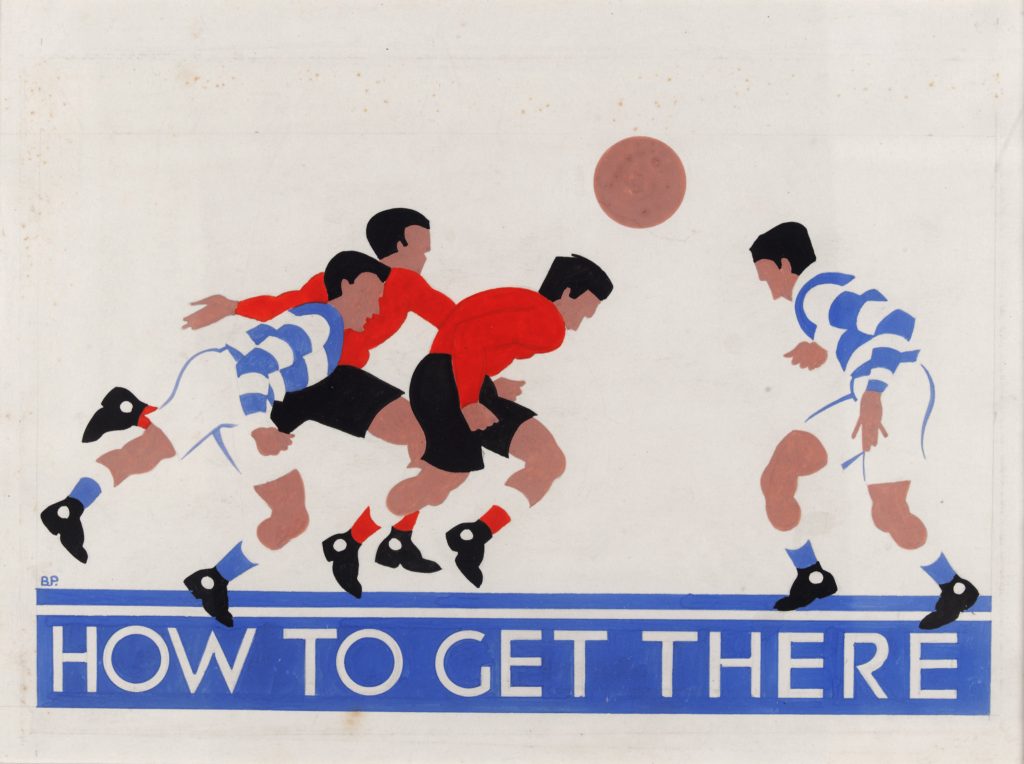 A mid-20th century poster, possibly produced for the London Underground.

Public transport also became an issue for travelling supporters around this period. Christmas rail services were steadily dropping throughout the fifties, in part due to the increasing availability of cars. By 1965, no trains would run on Christmas Day itself, and bus services were drastically reduced owing to less demand, making cross-country travel to away games increasingly difficult.

The increasing adoption of floodlights also allowed fixtures to be played in the evenings, negating the need for a particularly stuffed Christmastide calendar.

In 1959, just one First Division fixture took place on Christmas Day: Blackburn Rovers’ 1-0 win over local rivals Blackpool. The two teams played one another in the reverse fixture the following day: this time, it was Blackpool who won courtesy of one unanswered Ray Charnley goal.

That first festive tie remained the last league game to take place on the 25th of December for six years, until the two teams met again at Bloomfield Road in 1965. With Blackpool a relatively short 35-minute drive up the M55, 20,851 supporters set aside their presents and turkey dinners to watch the spectacle. 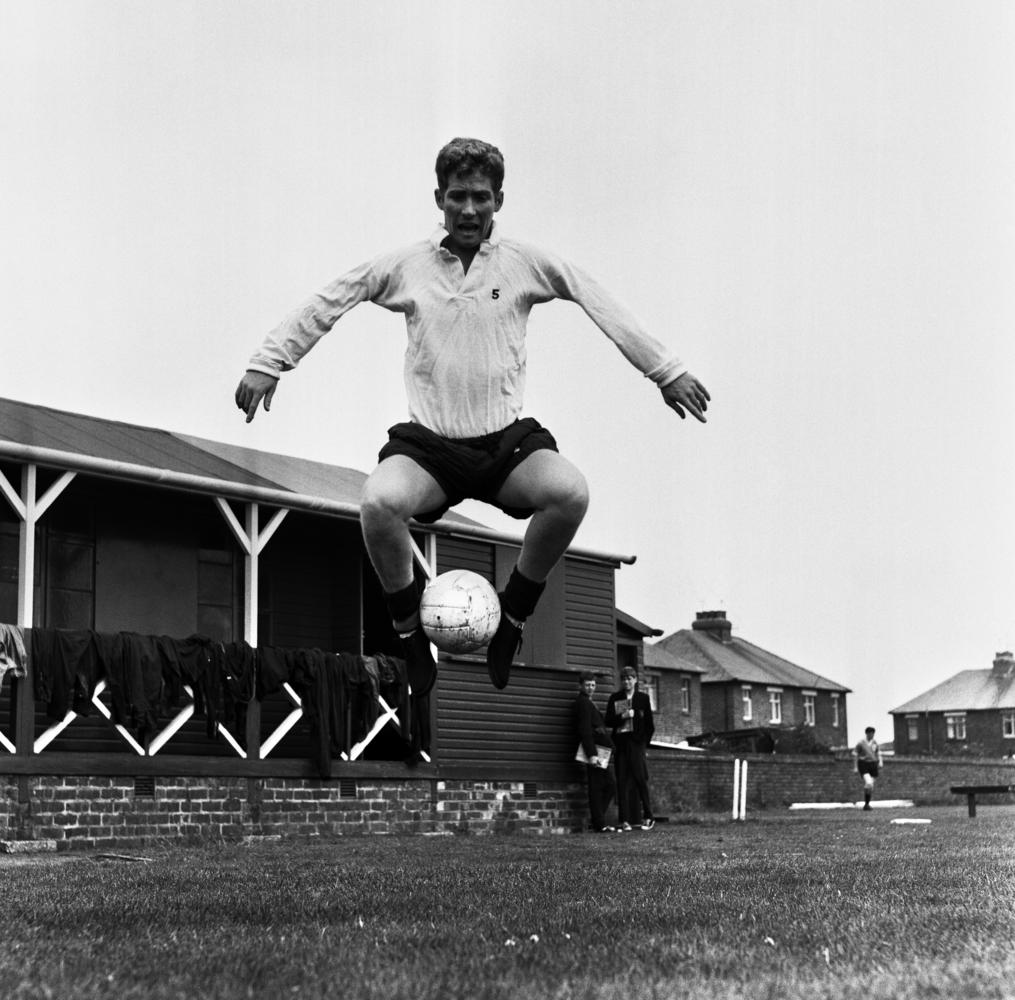 However, Ron Suart’s side stepped it up in the second half. Further goals from Scottish forward Bobby Waddell and future Blackpool Hall of Famers Roy Charnley and Alan Ball (then just 20 years old) secured the victory, rendering a goal from Mike England little more than a consolation.

Rovers would go down that season, fifteen points adrift of safety: Blackpool, though a respectable 13th, would join them in the Second Division the following year.

Brentford, then in the Third Division, attempted to revive the tradition in 1983 with a morning kick-off against Wimbledon. In the face of loud protests from both sets of fans, the fixture was instead moved to Christmas Eve.

56 years on, that Blackpool – Blackburn goalfest remains the last game in England to have taken place on Christmas Day, with the 25th of December considered sacred in a different sense to fans of the game. Besides, just like a good Christmas dinner, there’s usually plenty to tuck into the following day…